Japanese conceptual artist On Kawara’s work is renowned for its profound and unique meditations on consciousness and time. So it’s rather poignant that a Guggenheim Museum retrospective of the Japanese artist’s work, which has been several years in the making, opens so soon after his death early last summer.

On Kawara - Silence marks the first complete retrospective of his work, showcasing his calendars (One Hundred Years and One Million Years) his postcards (the I Got Up series), his newspapers (the I Read Series) and, of course, his date paintings (the Today series).

In our Contemporary Artists series book On Kawara, curator Bob Nickas writes: “Everything I learned about art I learned from Andy Warhol and On Kawara.” Nickas goes on to reveal that at the age of 14 Andy Warhol was his hero. However, by the time he hit his twenties, Kawara had usurped his childhood hero in his affections. “Conceptual art replaced pop.The process towards reconciling the two, and acknowledging my bipolar art condition, would take some time,” Nickas writes.

During his lifetime, New York-based Kawara was notoriously reclusive and reticent to talk about his work. Yesterday though, we asked the exhibition’s curator, Jeffrey Weiss, to shed light on both his method and his legacy. This is what he told us: 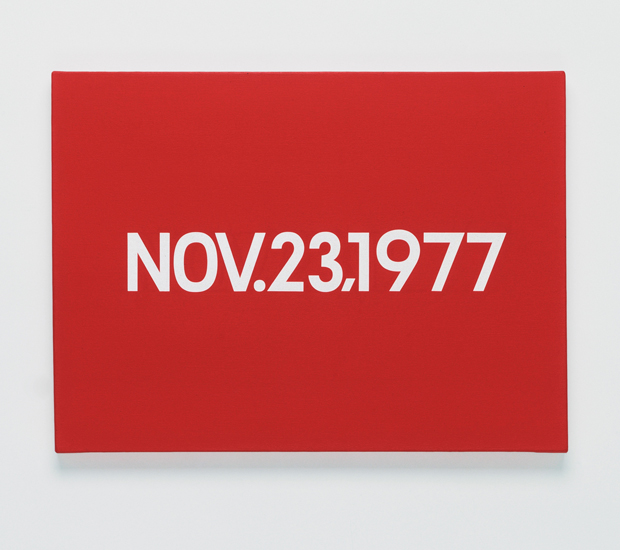 What do you think will be On Kawara’s artistic legacy? He brought artmaking to a place where it was to be assimilated to daily life.  Aesthetic practice was something he wanted to identify with the ordinary passage of time. The legacy is hard to describe - I don’t think that a lot of artists imitate him but many young artists look to him as a kind of model.  That’s probably unrelated to his interest in time and would have more to do with the fact his practice was very much private and removed from the public eye.  He had no interest in, and no patience for, art world parties, openings or press and publicity. Instead he was quietly and seriously in an unassuming way pursuing his work away from public view.

Did that reluctance to reveal himself in public help or hinder his career? To say it would have helped him implied he needed help but in a way it didn’t matter to him. The attention was something that happened regardless of his activity. The fact people were interested in his work was fine- of course he wanted that but he wasn’t seeking attention. People came after him. Had he been more interested in appearing on the scene and being more of a public figure, he would definitely have had a broader audience for his work. The ethic of the work required him to stay away from public life. That matters much more than publicity. 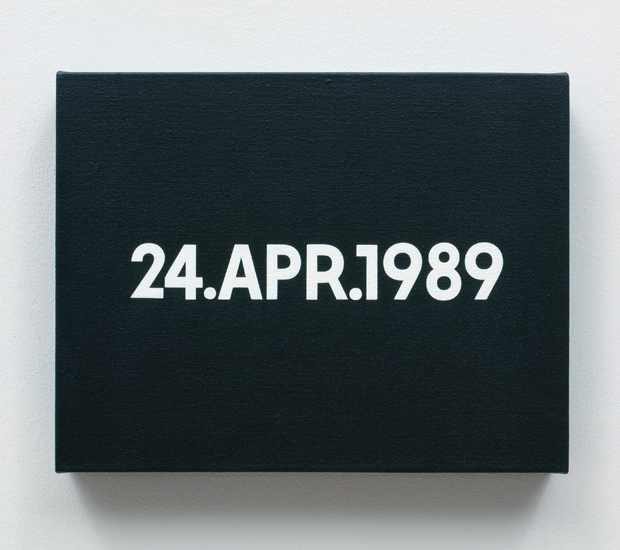 You must be feeling mixed emotions with the exhibition opening but Kawara not being alive? We miss him very much. We did not expect to lose him before the opening of the show although his health was a little touch and go. It is very bittersweet so we hope the show does honour to his memory although we’re trying hard to make sure people understand it is in no way a memorial. It was planned several years ago and we’ve been working on it since then.

What was it like working on the show with him? It was an extremely unusual experience. The kinds of conversations I’m used to having with artists tend to be very active and engaged. You come and go all the time and you revisit many topics. In his case there was much more of a desire to keep from saying too much. One of the reasons the exhibition is called Silence, which was his idea, has to do with that he really asks for the public to have an unmediated encounter with his work, unmediated by our words and our interpretation of it. Certainly that was something he subscribed to in his life.