It sounds like a contradiction in terms, but one of the most secretive industries on the planet has its own museum.  The International Spy Museum in Washington DC boasts the biggest collection of international espionage artefacts ever placed on public display.

The Spy Museum’s existing home  - a red brick 1875 Le Droit building in the city’s Pennsylvania Quarter - was a long time in fruition. It took seven years and a lot of input from major players in the field, including Jonna Hiestand Mendez, former chief of disguise (no, really) at the Central Intelligence Agency, and Dame Stella Rimington, former director general of the British Security Service (MI5). 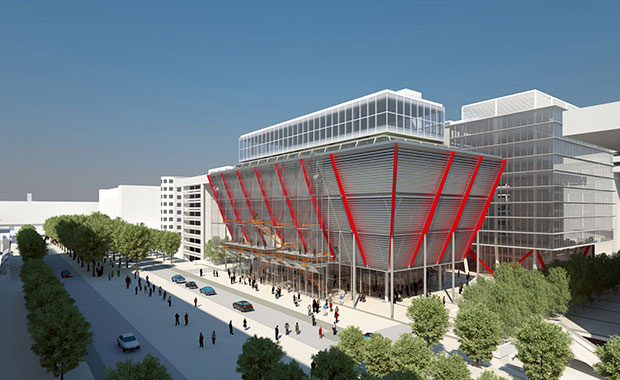 However, that rental lease ends in 2017, hence the need for a new venue. Rogers Stirk Harbour + Partners’ solution is a 100,000-square-foot upside-down trapezoid in glass and concrete perched atop a glazed single-storey base. On the trapezoid’s roof is a two-storey pavilion, also glazed. The structure will house the inevitable galleries, event and retail space and classrooms - all of which would be more generous than the existing arrangement - and there will be a ground-level courtyard.

The Pritzker Prize winner Richard Rogers and his team have added their trademark colour to the building, depicting some of the exterior columns in tomato red. Other similarly daubed RSH & Partners projects include Sydney tower 8 Chifley, affording housing unit Y:Cube, and the Transport for London building in Stratford, East London, which is under construction. 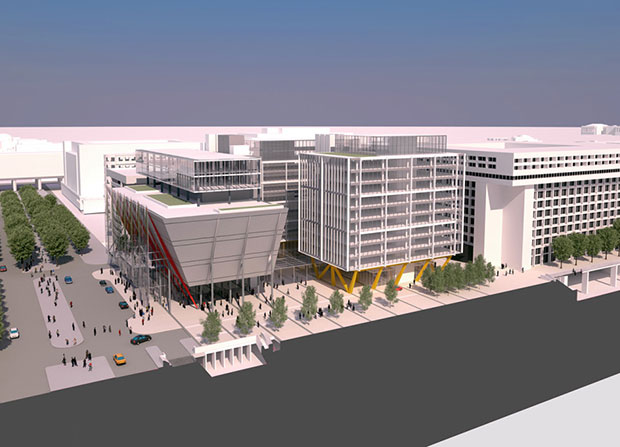 The plan is for the new structure to go up on L’Enfant Plaza in the south west of the city, subject to approval. Whether the building, which has a current price tag of $100m, will be operational before the Penn Quarter lease is up in two years’ time remains to be seen. Check out more projects for particular purposes in the pages of our wonderful architecture books in the store.