Exploring the architectural space of the institution is at the heart of Anne Kathrin Greiner’s photographs. "I am interested in the visible and invisible structures which shape our everyday lives", Greiner tells Phaidon, "notions of physical and psychological boundaries, the ideologies by which people regulate and construct their environment and behavior."

The Berlin-based photographer holds an MFA from the Royal College of Art in London, and has won a slew of honors for her immaculately produced photographs of schools, offices, army bases and playgrounds. She documents symbolically laden spaces, variously pulling apart the language of childhood, authority, and violence. 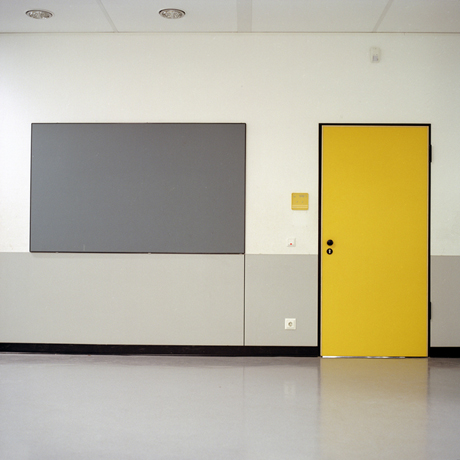 In Disciplined Spaces: Aspects of Three German Schools, Greiner photographed three schools she herself attended. The series traces the changing approach to education over the course of the artist’s schooling, documenting alterations in design and architecture. One school is photographed mostly in darkness, with shadows and curtains defining the interior spaces. Another is flooded with light and bright colour, the signs of a new pedagogical strategy.

"I became very interested in the purposes and ideologies which shape the planning and construction of an institutional building", said Greiner. Crucially, the modern, brightly-lit school is no less of a "disciplined space" than the dark, gothic classrooms of an earlier era; ideology is present in both spaces, only in different guises. 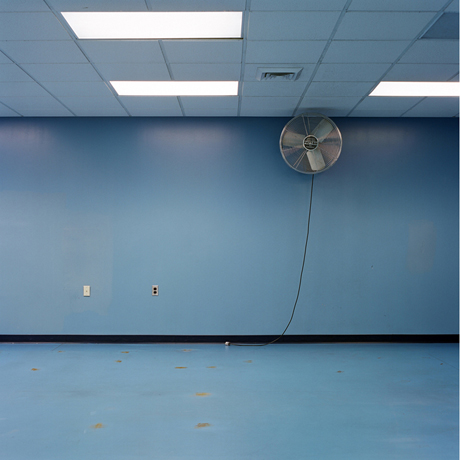 The Lodgers is another series that illustrates the way architectural space embodies ideology. The photographs in the series were taken at a recently declassified NATO base in Keflavik, Iceland. Greiner taxonomies the architectural space of the base, beginning with the road outside the wire fencing of the base, then moving ever inward to the interior of the buildings.

The series is continuous with Disciplined Spaces, both in its visual language and its concerns. They are both works that capture ideology in flux. Greiner examines the institution at a key moment of change, whether it’s the evolving attitude toward education, or the shifting landscape of geopolitics. But where the schoolrooms in Disciplined Spaces remain pregnant with implicit power, regardless of the alterations to ideology, the abandoned spaces in The Lodgers speak of authority that has ebbed away. Cabinet doors stand open, a solitary exercise machine sits in an otherwise empty room. The Lodgers is a statement on military imperialism, and on the institution in disrepair. 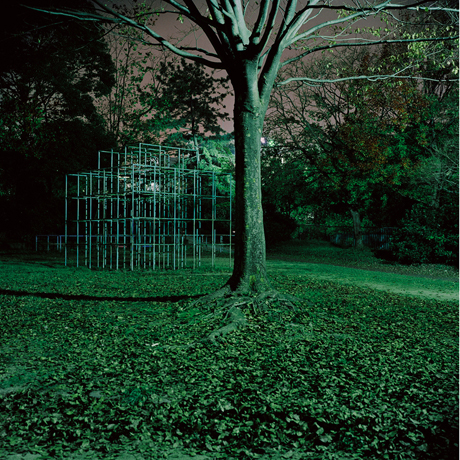 With few exceptions, there are no human figures in Greiner’s photographs. In direct opposition to this, Greiner’s short film Keimkasten 3 follows a single mysterious figure as he wanders through various industrial and outdoor spaces. In tone, Keimkasten 3 is not unlike Tarkovsky’s Stalker, with an added dash of Lynchian menace; the spaces through which the central character travels function like manifestations of his psyche, extensions of his being. In a similar way, Greiner’s photographs act as portraits, of the now absent people who once inhabited these spaces. As Greiner says, she approaches ‘architecture as autobiography’.

Greiner has a forthcoming exhibition at Centrum in Berlin. She is currently working on a new photographic piece, for which she is documenting the daily life of an artist and her family, as well as another short film. 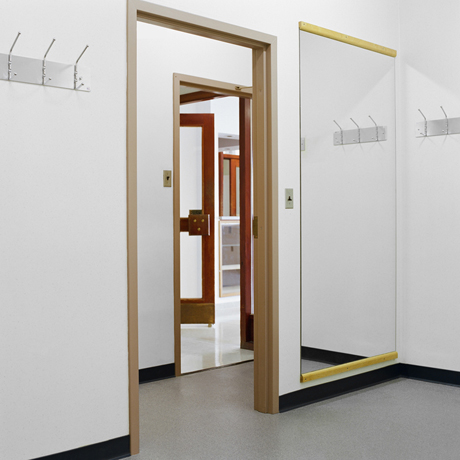 If you're fascinated by the photography of architecture, the forthcoming Phaidon book Composing Space may also interest you. This limited edition is the only monograph on the work of Hélène Binet, the contemporary photographer of choice for today’s major architects. Compelling and evocative, Binet’s photographs of details, materials and light and shadow constitute a powerfully abstract and emotional body of work. It features the work of architects such as Peter Zumthor, Zaha Hadid, Peter Eisenman, Le Corbusier and Alvar Aalto. Bookmark phaidon.com NOW so you don't miss a great interview with Hélène that we'll be running soon. And take a look at some of her work on the site here.