Snøhetta and exhibition designers Casson Mann are reimagining the distant past. They’re responsible for the winning design in a competition to create a €50m structure to house some extremely old pictures. This is no conventional gallery but a subterranean visitor attraction which will both bring alive and protect some 20,000-year-old cave paintings. The location is Lascaux in south-west France, which boasts some of the most extraordinary Paleolithic paintings. The intention is to establish Lascaux and the area as an internationally, culturally and scientifically significant attraction in terms of art from this period.

The architects envisage the International Cave Painting Centre as a structure that’s so low-lying it’s mostly on a level with the surrounding hills and forestry. In fact the building’s profile is in keeping with the contours of the surrounding limestone topography. 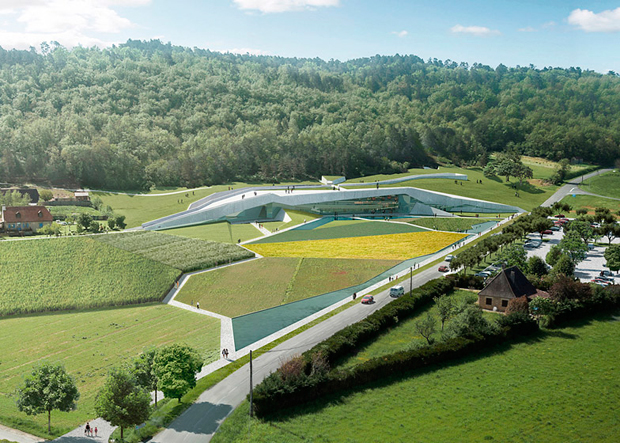 Underground, Casson Mann picture tunnels, cavernous rooms and smaller chambers lit by skylights. “Our task is to ensure that every visitor leaves with a sense of having been close to something very special,” say the designers. “For this, we will find ways to encourage the suspension of normal life and an opening up to heightened perception, quiet thought and a free imagination.”

The concept doesn’t expect visitors to imagine themselves as Cro-Magnon man. “Instead," the designers say, "we are asking them to imagine that they are following the three boys and the dog who discovered the cave in 1940; how they must have felt when they slid down into the Hall of the Bulls; how, as the extent of the cave became revealed, the collective power of the images confirmed that this was a major find.” 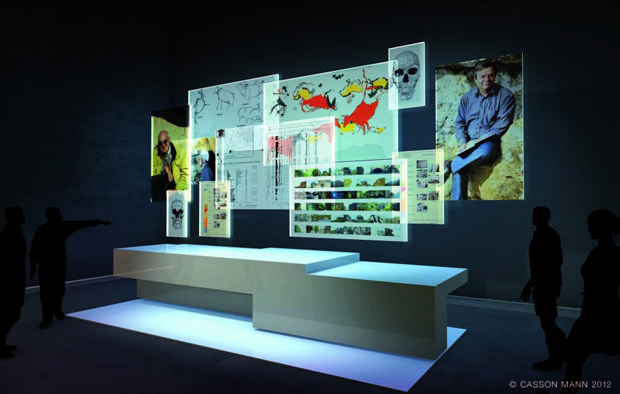 But to go back just seven decades, the audience will have to make some adjustments. “Visitors are asked to leave their 21st-century accessories in the cloakrooms and equip themselves with an interactive torch and explorer’s cape.”

If you can't wait for Snohetta's concept to become reality, you may care to check out Ice Age art: Arrival of the Modern Mind which runs at the British Museum until 26 May 2013. As part of the show, Professor Jean Clottes, the author of our brilliant book Cave Art will be giving a talk on the Chauvet Cave on Friday, 5th April from 6.30-7.30pm. In Cave Art, Clottes takes the reader on a guided tour of 85 caves and rock shelters, mostly in western Europe, but also in Africa, Asia, the Americas and Australia, revealing the extraordinary beauty of the art found in them. It's currently flying off the shelves at the British Museum shop but you can also order one from our online shop here .