Ever wondered what a Sottsass-influenced menorah looks like? Find out at the Jewish Museum, New York

The LA designer Peter Shire may not have been a close, personal associate of Ettore Sottsass, yet he remains a key member of the Memphis design group, founded by Sottsass in Milan at the beginning of 1981.

Shire’s Big Sur sofa was one of the more notable lots in David Bowie’s recent Memphis-heavy estate sale at Sotheby’s and now, as the Jewish holiday of Hanukkah approaches, another of Shire’s pieces is on display at the Jewish Museum in New York.

Shire, a lifelong resident of Los Angeles’ Echo Park neighbourhood, was inspired to create his Jewish menorahs in 1986, after viewing a selection of Judaica belonging to his friends, the restaurateurs Marvin and Judy Zeidler. 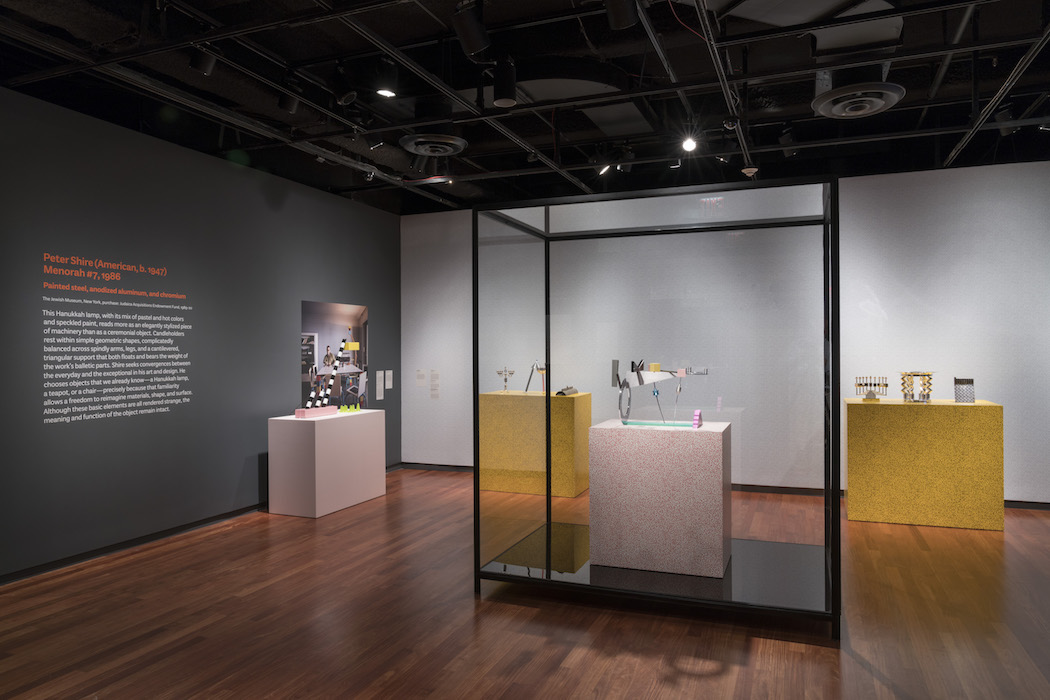 Installation view of Memphis does Hanukkah. Image courtesy of the Jewish Museum

Drawing on local, Californian pop traditions, as well as the post-modern “more is more” aesthetic of Sottsass, Shire has produced a number of menorah over the intervening decades, some of which are now in the collections of the Israel Museum in Jerusalem and the Skirball Museum in Los Angeles.

New York’s Jewish Musuem has dusted off their Shire menorah this holiday season for a new show, Memphis does Hanukkah, which runs until 12 February 2017. The exhibition, which forms part of its ongoing Masterpieces & Curiosities series, centres on Shire’s Hanukkah lamp, but also includes other Jewish ritualistic objects, textiles, and artworks as well as works by other members of the Memphis movement, including Sottsass himself.

For more on the meeting point between the religious and the contemporary, consider our book Sacred Spaces. Meanwhile for more on Memphis take a look at a copy of this Ettore Sottsass overview, and our biography by the Design Museum Director Deyan Sudjic.