Marina Abramović in the library, with the ancient manuscripts

That might sound like a Cluedo round, but it’s actually a good description of the performance artist’s new exhibition

Opened in 1999 as an addition to the Danish national library, The Black Diamond houses a wide range of cultural artefacts, as well as a gallery, a cafe and a concert hall. 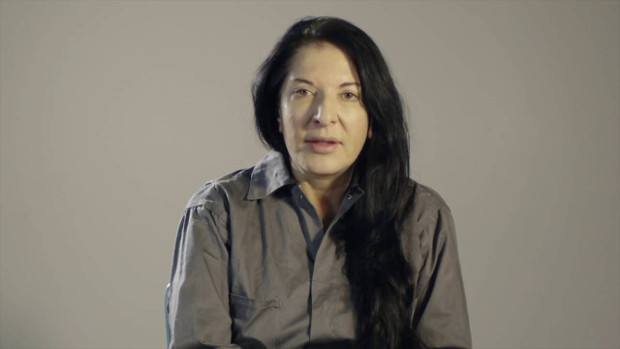 Today the library will open Abramović Method for Treasure at The Black Diamond. This exhibition is partly an Abramović-curated show drawn from The Black Diamond’s permanent collection – which includes the letters of the Danish philosopher Søren Kierkegaard, rare books by the 16th century astronomer Tycho Brahe, and manuscripts from the medieval historian Saxo. Yet it’s also partly an Abramović-styled audio guide, and partly an extension of the world-famous performance artist’s self-styled Abramović Method, Marina’s own exercises and rituals, drawn up to heighten participants' senses.

“Taking her starting point in sources such as the letters of Kierkegaard, Saxo's chronicles of Danish history, and the observations of Tycho Brahe,” the library explains, “Abramović has created an immersive total installation that includes a range of rituals, an audio system and specially designed shelves for people."

In the past, those Abramović Method rituals have included lying on the floor, intoning a single not, and hugging a crystal in the nude. However, we imagine this show, which runs from the 2017 summer solstice until the vernal equinox on 21 March 2020, while not entirely abiding by the norms of good library conduct, will be a little more shelving-trolley friendly.

For more on Marina’s life, work and outlook take a look at our Contemporary Artist Series book devoted to Marina Abramović.