The Rainbow Flag, flown by lesbian, gay, bisexual and transgender pride groups is so simple, successful and ubiquitous a piece of design, that one could be forgiven for thinking that the work has always been with us.

However, as New York’s Museum of Modern Art explains in this illuminating post, published to mark its design department’s addition of the object to its permanent collection, the Rainbow Flag was indeed created by the US artist Gilbert Baker 37 years ago this month.

Rainbow-coloured flags had been in use in other parts of the world at different times; however Baker explains that his version was not inspired by any clear precursor but rather by the flag of the United States, which had got quite an airing a couple of years earlier, during the USA’s Bicentennial celebrations during the summer of 1976.

“All of a sudden I saw the American flag everywhere,” Baker tells Michelle Millar Fisher, MoMA’s curatorial Assistant in the Department of Architecture and Design, “from Jasper Johns paintings to trashy jeans in the Gap and tchotchkes.” 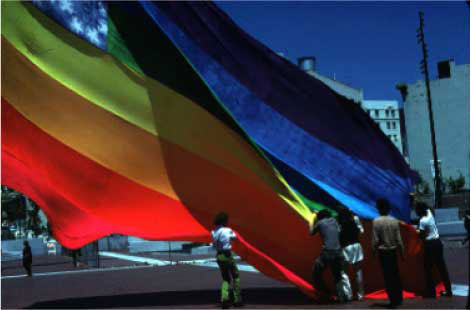 Visually, Baker was taken with the US flag’s stripes, yet symbolically he understood the importance of a banner created by a community. “Up until that time we [gay people] had the pink triangle from the Nazis,” Baker explains. “It was the symbol that they would use [to denote gay people]. It came from such a horrible place of murder and holocaust and Hitler. We needed something beautiful, something from us.”

Baker was a drag artist, knew how to sew, and created the first flag with his friends during the summer of 1978 at the San Francisco Gay Community Center on Grove Street.

“We took over the top-floor attic gallery and we had huge trashcans full of water and mixed natural dye with salt and used thousands of yards of cotton,” he recalls. “I wanted to make it at the center, with my friends - it needed to have a real connection to nature and community.”

Although Baker’s first flag was a modest undertaking, he had great hopes for his work, and was very particular as to where he should unveil it. 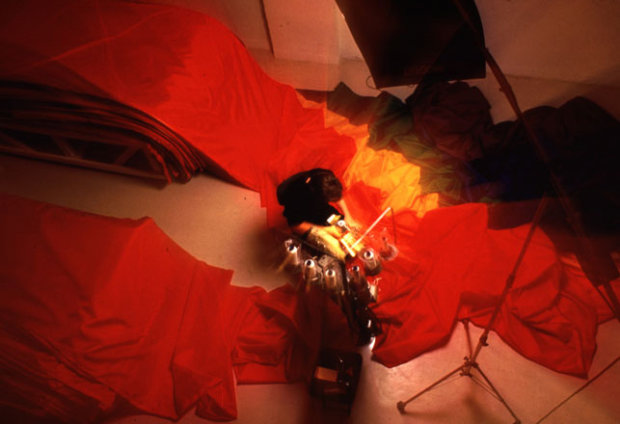 “When the flag actually went up, it was a very important thing that we raised them - there were two - in the United Nations Plaza,” he says. “We picked the birthplace very carefully, and it happened on June 25, 1978. That was deliberate - even in those days, my vision and the vision of so many of us was that this was a global struggle and a global human rights issue.”

Since then Baker has seen his work spread, and has recreated the flag on a number of occasions. In New York City in 1994, to mark the 25th anniversary of the Stone Wall Riots, he helped oversee the creation of a 30-ft wide version, the largest ever made.

“I hoped it would be a great symbol but it has transcended all of that - and within short order - because it became so much bigger than me, than where I was producing it, much bigger even that the U.S.,” Baker marvels. “Now it’s made all over the world.”

For more on the flag’s more recent travails, as well as the greater creative output of the Lesbian, Gay, Bisexual and Transgender communities, buy a copy of Art and Queer Culture here.