You may have read about René Redzepi's plans to move Noma from its current location to a currently derelict property on the edge of Copenhagen's anarchic Christiania neighbourhood. As the New York Times reported a couple of days ago, the 37-year-old chef and Phaidon author will establish an urban farm on the site to serve Noma's new kitchen; the last meals in the existing restaurant will be served in December 2016.

Why the big change? Well, in a new video, posted a few hours ago, Redzepi explains all. The impetus goes back to the founding of Noma in 2003, when he set out to cook locally sourced Nordic cuisine. 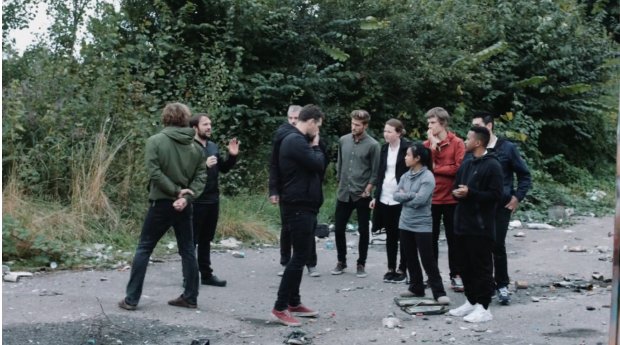 Redzepi shows his staff around their new home

The only problem was, low food miles on their own did not adequately sum up his region's terroir. “Cooking a goulash only from local ingredients didn’t make that hearty stew taste new or like it was truly from here,” he explains.

To overcome this, Redezepi and his fellow Noma chefs looked into the local flora and fauna a little more deeply, developing an interest in wild food and foraging, as well as fermentation and other preservation techniques, creating new vinegars and marinades.

He regards Noma's interest in wild food and the development of its own 'lab' or fermentation kitchen, as the most important developments in the success of the restaurant. Yet, in its existing form, he now believes he has pursued seasonal cookery as far as he can take it. 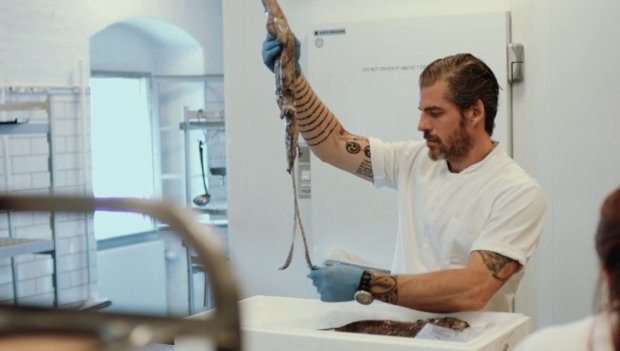 Lars Williams, head of research and development at Noma handles a squid in the new video

By moving Noma to its new location, the restaurant will be able to develop a new menu around three distinct seasons. The first, spring and early summer, will be served by the restaurant's new on-site farm, which will include a rooftop greenhouse as well as crops grown on rafts. The menu for this verdant period will be completely made up of plants. “In May, June, July, August, and into September, we will become a vegetarian restaurant,” Redzepi explains.

In autumn, the kitchen will turn its attention to Denmark's woods, with a menu chiefly cooked from berries, mushrooms, nuts and game. Then, around Christmas time, when the the Nordic region practically freezes over, Redzepi and his team will turn their attention to the ocean. “At that moment, most fish are at their pinnacle of quality, the flesh firm and pristine, many of them fat with roe, the other innards sweet and succulent,” he says. So, its fish from January to April.

Of course, there are a "myriad of micro-seasons" within this divisions, and Noma is likely to develop its practices as it settles into its new home, you can see how this radical step is not so much a change for Noma as a new way to achieve its original ambitions.

Watch  the full video, above; look out for the map from our Noma book at the one minute mark; for more on Redezepi's life and work take a look at our books; for more on Nordic Cuisine, consider this title; and for more on preservation techniques get Preserving.