There's something a little bit mysterious about Edmund de Waal. Why did a successful Oxbridge graduate become a potter? How did that potter become a best-selling author with his family history, The Hare With the Amber Eyes? What then led to that potter-turned-author to becoming one of the few ceramicists to have his work shown at the very best fine-art galleries in the world?

It's a mystery that extends to his work; de Waal's porcelain set in vitrines aren't obvious, didactic displays, but instead require some understanding of the tradition of art, culture and history, stretching back many years. 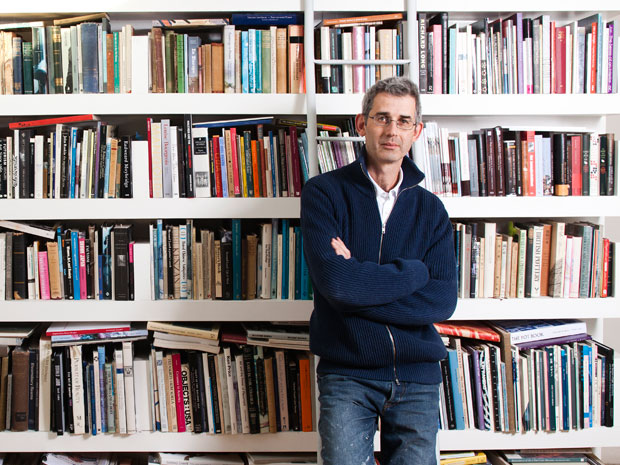 Some of de Waal's obfuscation is intentional. As he explains in the notes for his current exhibition, On White, at the Fitzwilliam in Cambridge, “There is a real pleasure in hiding things; it allows for serendipitous, unconnected and unexpected encounters to happen, for discoveries away from your favourite known paths and places. Not everything has to been found easily, quickly downloaded. Concealing things in museums is especially worthwhile.”

Nevertheless, On White, has a few clear starting points. The artist is fond of the museum; he graduated from Trinity Hall, Cambridge, in 1986 with a first in English Literature, and spent a great deal of time as an undergraduate admiring the museum’s pots. 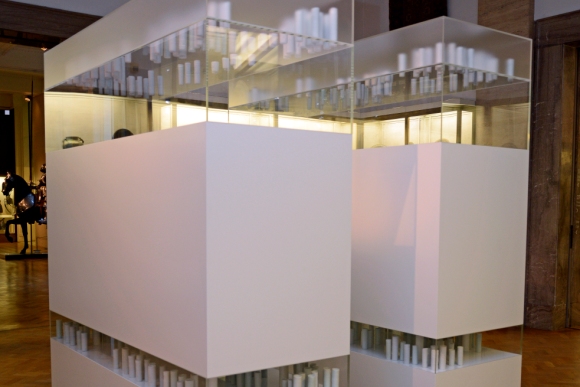 For this show, de Waal has both contributed to and curated the works; On White places ancient Chinese porcelain alongside early European examples, and de Waal's own works. In the notes, de Waal dwells on the difficulty early Chinese ceramicists faced, the European exploitation of the form, and the interlinking tales that led these pots and vessels to find their way into the Fitzwilliam collection. It's a compelling, storied show that also led de Waal himself to Jingdezhen, the home of Chinese porcelain, and to commission a set of tiles for the display.

On White ends on February 23, yet de Waal’s own contribution to porcelain making will remain at the Fitzwilliam after the show has ended. Earlier this week, de Waal officially donated one site-specific work, In Plain Sight, to the Fitzwilliam. The piece, which consists of a set of 20 porcelain vessels set in three vitrines, was made for a bureau bookcase in the Fitzwilliam’s Lower Marlay Gallery, and is currently on display. 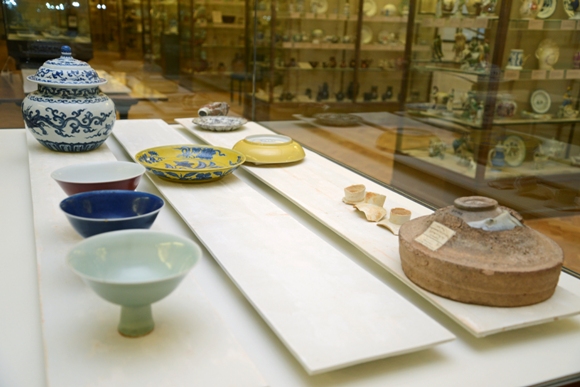 It seems odd to think of ceramics as site-specific, or for the Fitzwilliam, better-known for its antiquities, to take a new work. Yet, as we’ve said, with de Waal, not everything is as it seems.

For more on the exhibition go here. For a greater understanding of Edmund and his work, pre-order our wonderful new book dedicated to his life and work, and for more on the history of ceramics, consider de Waal's other Phaidon work, The Pot Book.