All you need to know about Cecily Brown

Cecily Brown hasn’t always found it easy to talk about her art. “There was a time in the early 1990s in England where you basically felt like people at a party would turn away if you said you were a painter,” says the British-born, New York-based artist in her new Contemporary Artist Series monograph. “People would constantly say ‘Oh, why are you a painter?’, and you had to defend it all the time. There was this idea that if you were a painter it was because you had an unquestioning belief in painting’s power, rather than that it just happened to be a medium that you wanted to employ and that you felt you could still use to say something.”

As our expansive, authoritative new book makes clear, Brown’s ambitions were pretty clear early on. For instance, in the book’s interview with Courtney J. Martin, chief curator of the Dia Art Foundation, Brown says, “I’m from a small town where my friends laughed at the idea that I could possibly be an artist. But, I’d been saying I wanted to be an artist all my life, so there was encouragement.” 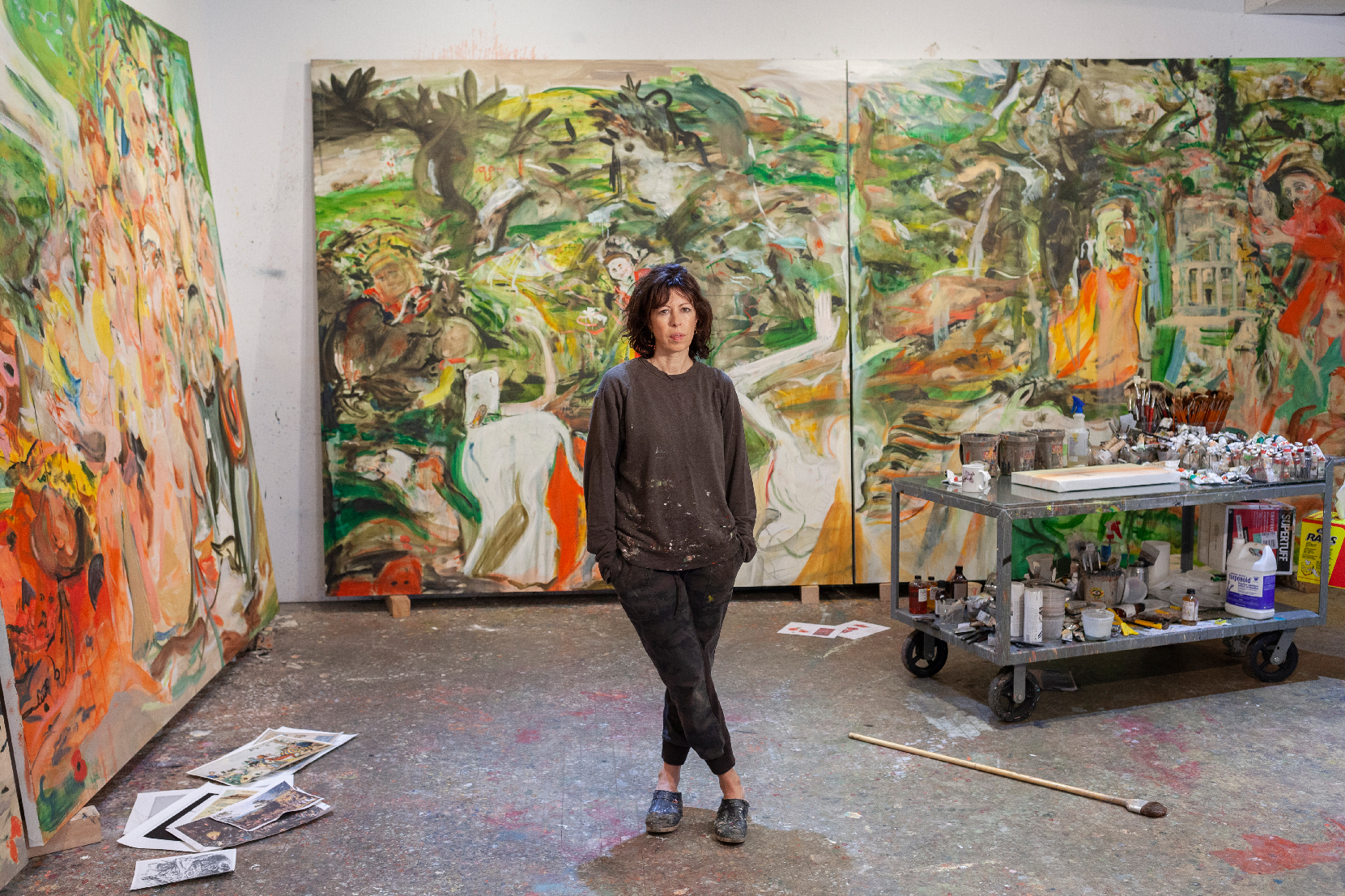 That encouragement was well placed. Our new book is the first — and highly anticipated — monograph on one of the most influential painters of our time. Drawing on Abstract Expressionism, Degas, Manet and Bacon, as well as her near contemporaries, and popular culture more generally, Brown has, over the years, developed her unique voice, which investigates the sensual qualities of oil paint, by walking a fine line between figuration and abstraction.

This vital new volume traces that development, with scholarly research, beautiful reproductions, and plenty of Brown’s own words. The academic Jason Rosenfeld, Distinguished Chair and Professor of Art History at Marymount College, New York, delivers a brilliantly crisp overview of her life and work in the book’s survey. 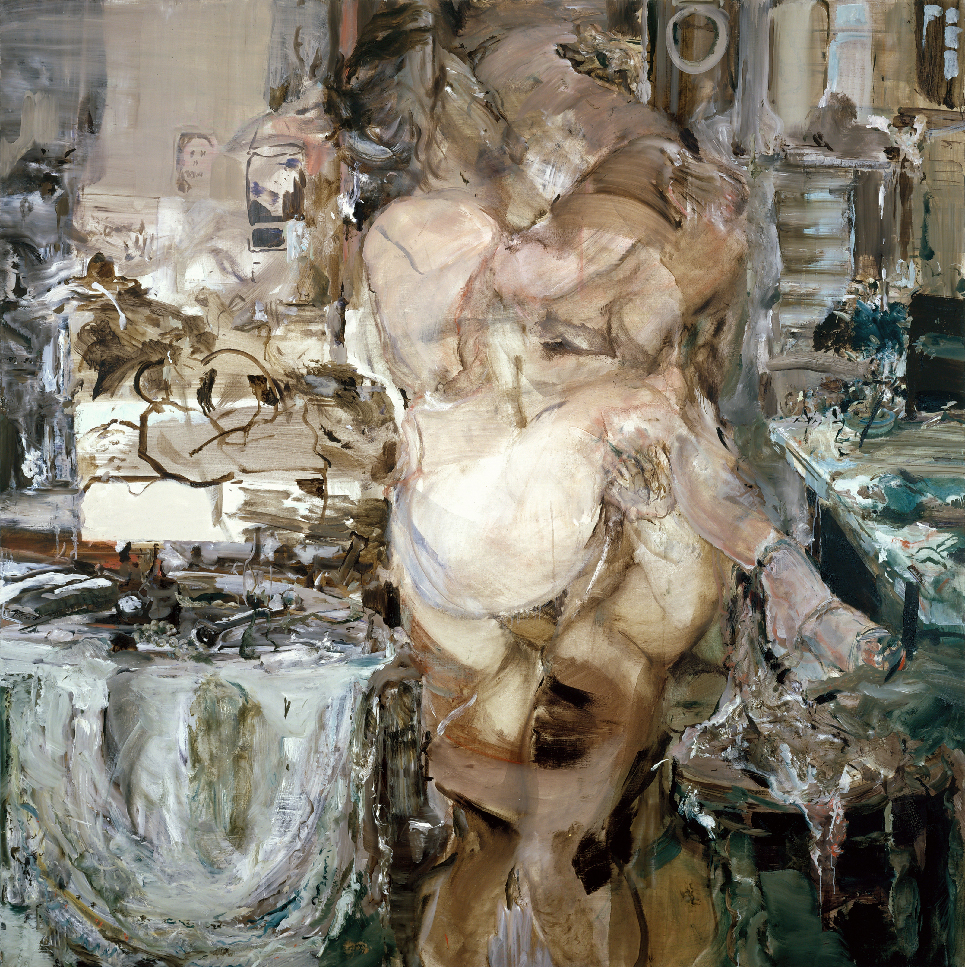 “Cecily Brown was born in 1969 in London,” he writes, “Her mother, the novelist Shena Mackay, was born in 1944 in Edinburgh, and initially raised in Shoreham in Kent, long the haunt of artists. Mackay then moved to Blackheath in southeast London, where she met Robin Brown, an Anglo-Indian engineering student whom she married in 1964. Cecily was Mackay’s third daughter. The family lived in East Finchley in North London, and then the village of Brockham in Surrey, and finally in Reigate.

“Around 1986, mother and youngest daughter moved to Norwood in South London. Brown’s biological father was the art critic and curator David Sylvester, whom Mackay first met when she worked in a silver shop run by his parents in Chancery Lane. Sylvester had taken an active role in Brown’s life for much of her adolescence, and introduced her to the material of his life’s work, namely the art of Willem de Kooning, Francis Bacon and Howard Hodgkin, and at times the artists themselves. He and Mackay informed Brown that he was her birth father when she was twenty-one.” 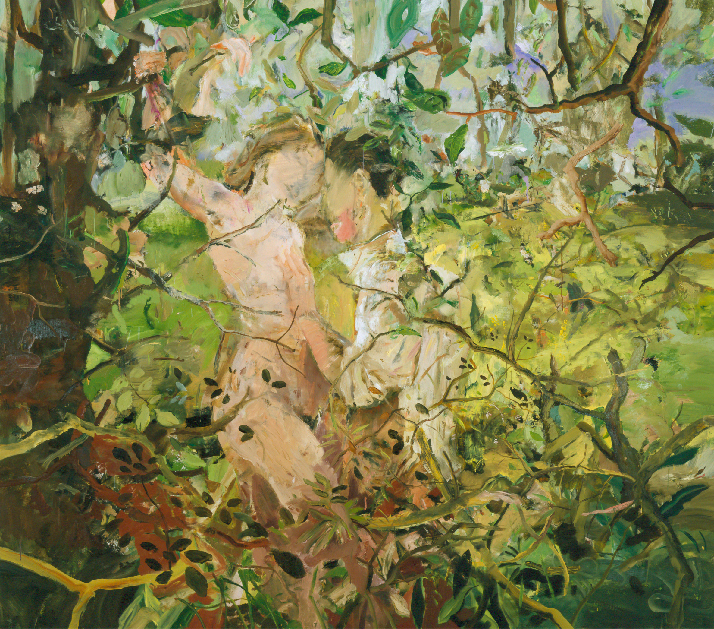 Rosenfeld describes Brown’s English education, and her flight to America, placing it all within a greater context. “In the history of Anglo-American art, the traffic has usually been West to East. American artists in the late-colonial days tended to train in Britain and then either stayed there, as Benjamin West, John Singleton Copley and others did, or came back to find their fortune in the young republic, as did John Trumbull and Gilbert Stuart. Bucking the eastward trend, in 1958 Malcolm Morley moved to New York. In 1964 David Hockney left London for Los Angeles. And exactly thirty years later, in the fall of 1994, Cecily Brown undertook the same reverse commute, boarding Virgin Atlantic on a ticket she had won as a prize, to move to New York City for good.” 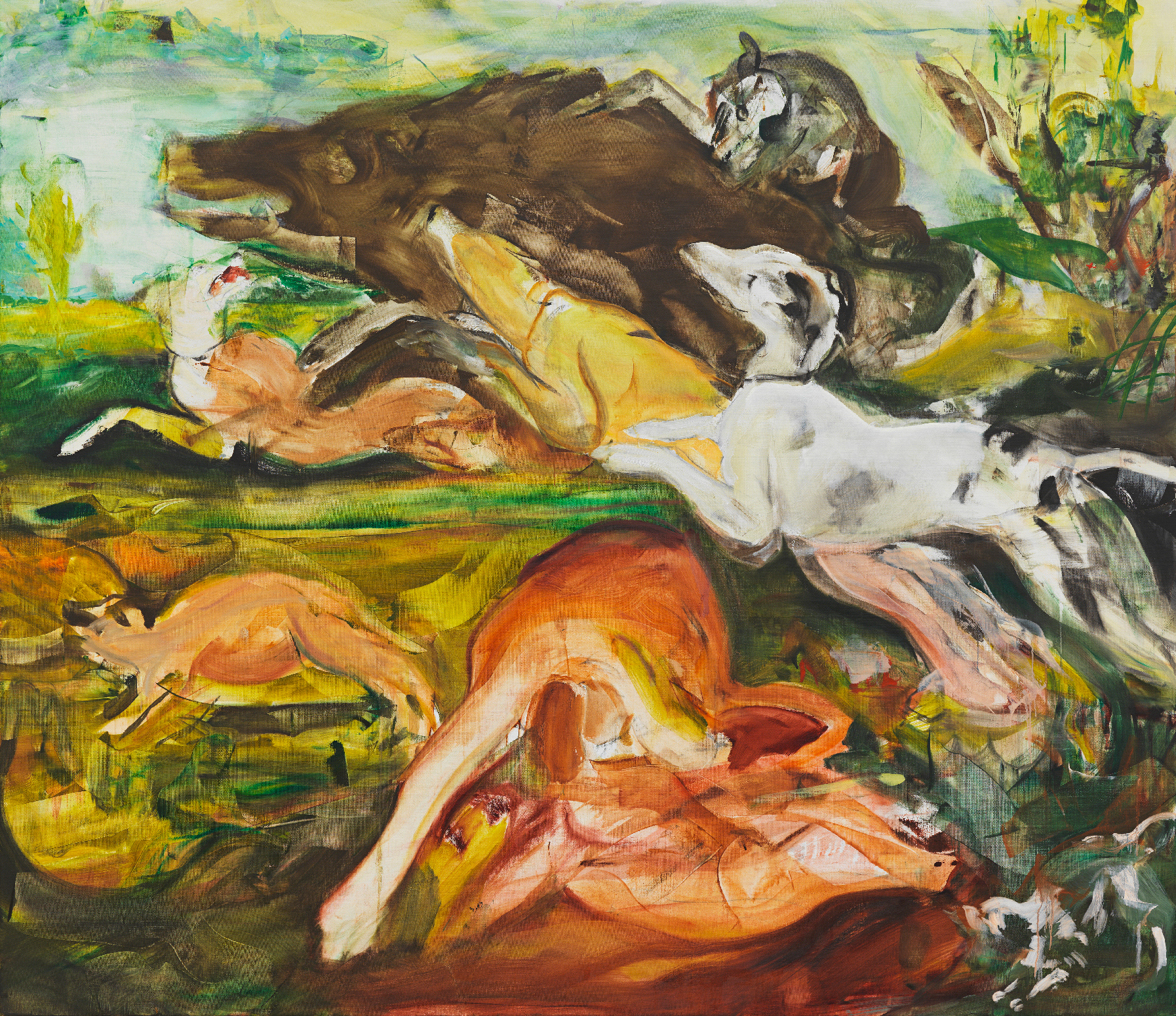 The book describes Brown’s early, erotically charged works, her forays into animation, and her rise within the American gallery system. Throughout the book, Brown’s own words offer enormous insight into her beautiful, impressionistic pictures.

Consider these thoughts, on the artistic debt she owes to her novelist mother. “My painting is really close to my mum’s writing. The very visual nature of her writing, its surreal nature, had a big influence on me.”

Or this, on the freedom she found after crossing the Atlantic. “The big change for me was that in America, people seemed a lot more relaxed about what you could and couldn’t do. Yes. As an artist. In America they’d already moved on. People had figured out that you could still paint. The conversation just felt totally different when I first came here.”

Or this, on the way she wants to engage with viewers. “It sounds like I’m a sadist, but I want that feeling of never quite knowing. The danger is that it ends up being a frustrating game. What I want is to find that moment where you’ve said it, although not completely, but you’ve said enough that you are rewarded for looking.”

In response, the art critic Robert Enright asks, “so you do want to seduce the viewer?” “Oh, yes,” says Brown. 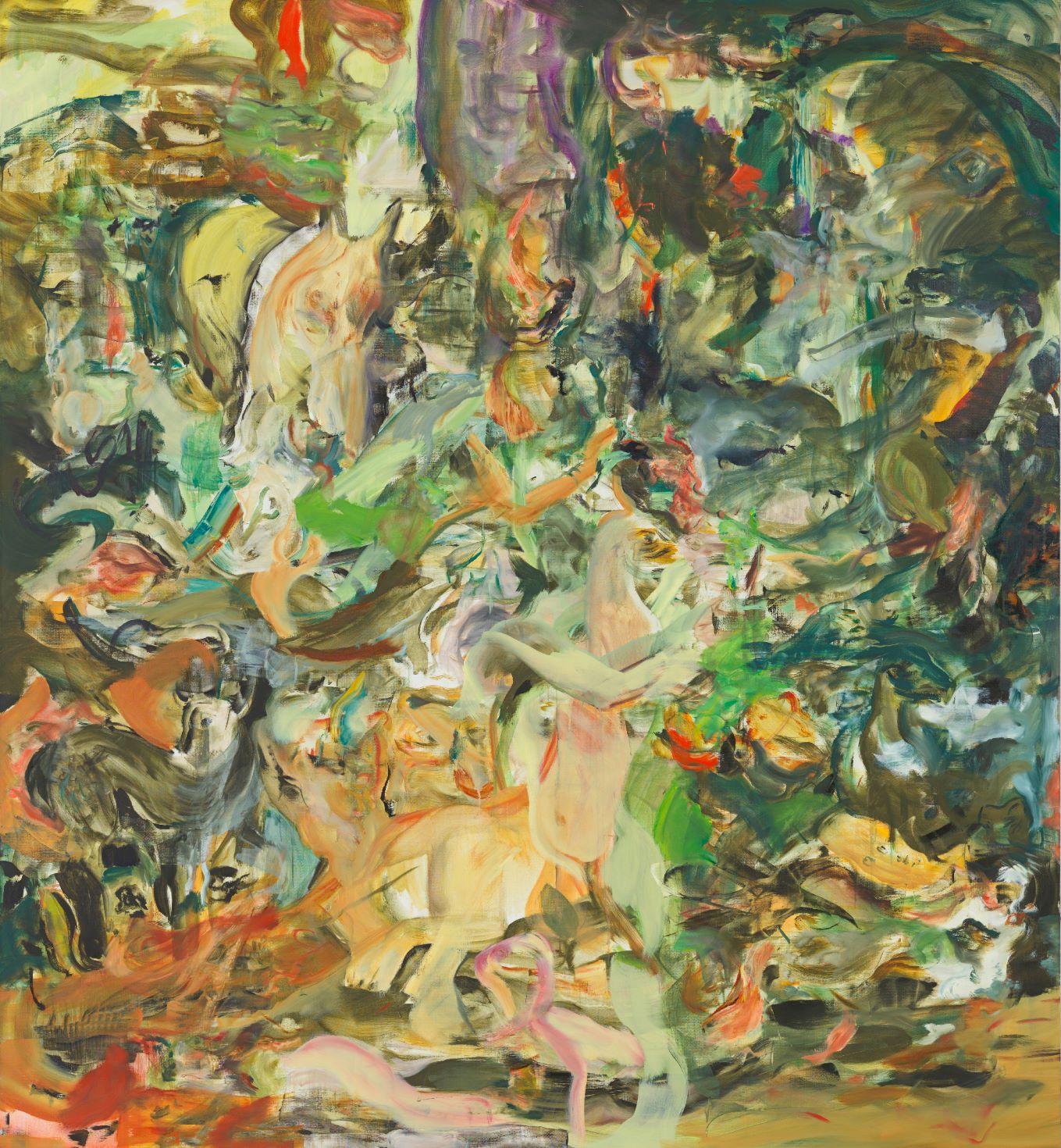 Readers of this new book will find it hard to resist such a seduction routine. Even casual gallery goers will admire and perhaps recognise many of the beautiful pictures reproduced in this new volume. Followers of contemporary, visual culture will relish the way in which our new book places Brown’s work within the context of her time, with textual and photographic references to Jimi Hendrix and Francis Bacon, Madonna and Manet. 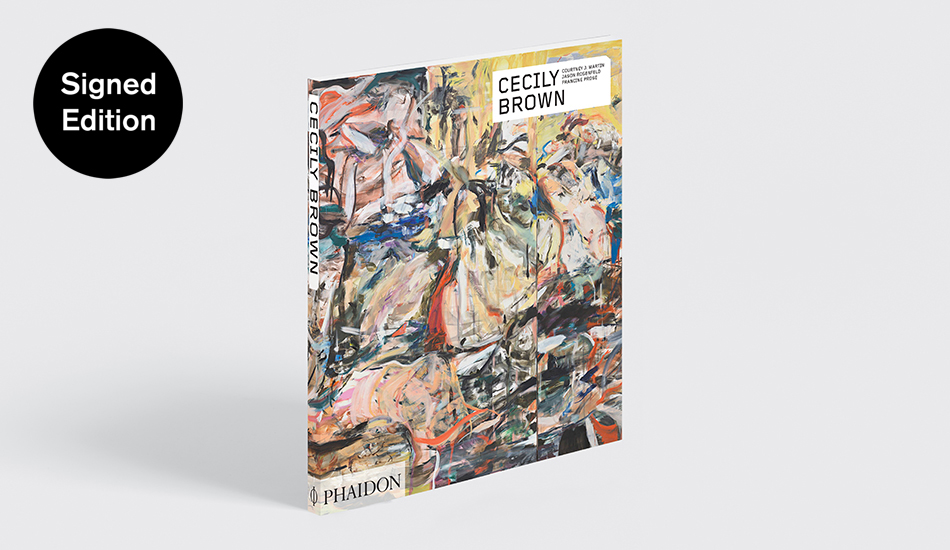 Anyone with an interest in the art market will value the way this new book lists her shows and places her career within the greater sweep of contemporary painting. And anyone keen to understand how brown made it to the top of art world, will enjoy charting that rise in the pages of this book. To find out more, and order your copy, go here.