'Fathers of Pop' return to The ICA

The ICA hosts an exhibition by The Independent Group, artists behind the seminal 1956 show, This Is Tomorrow

It's hard to imagine a time when contemporary art was under-represented, particularly in London. Yet, when the Institute of Contemporary Arts opened in 1946, its founders set it up in part to break away from the confines found within the likes of The National Gallery and The Royal Academy.

What is also difficult to understand today is just how holistic and inclusive these early efforts were. Regarding itself as more than a simple exhibition space or art school, The ICA was a place were artists could engage with scientists, writers and architects, to produce ambitious, all-encompassing works.

As we recall in Salon to Biennial: Exhibitions that Made Art History, Volume 1: 1863-1959, Alloway "would identify the Independent Group of British artists and architects as a precursor to American Pop art," not least when acting as chief publicist for This is Tomorrow, the seminal 1956 exhibition at London's Whitechapel Gallery, which The Independent Group helped oversee. 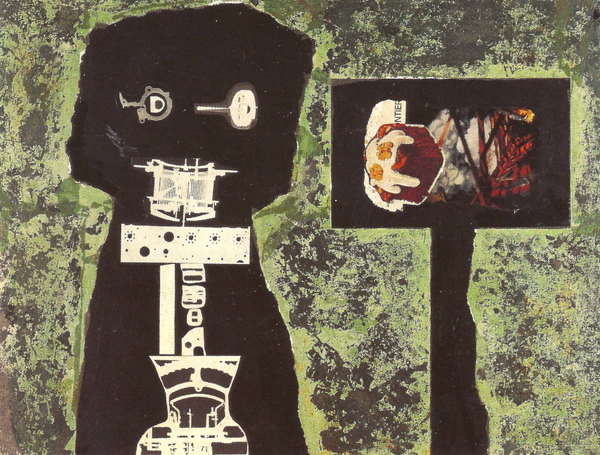 Again from Salon to Biennial: "Featuring Robby the Robot from the 1956 science fiction film Forbidden Planet, This Is Tomorrow is remembered for its focus on the objects of popular culture... But This is Tomorrow - like those who made up the loosely affiliated group - was not at all as homogenous in its interests or in its presentation strategies."

There were also pieces of abstract Constructivism in the show, as well as sound installations, films and a soft floor lining which secreted a strawberry scented air freshener. 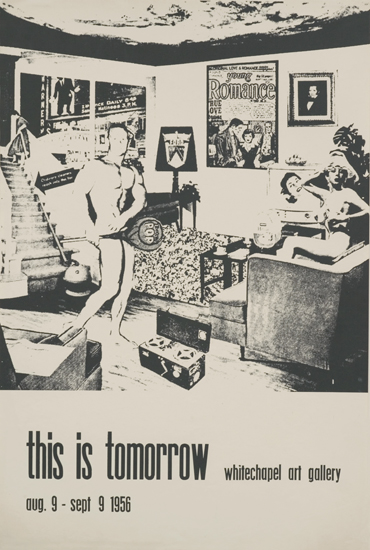 Richard Hamilton, Poster for 'This is Tomorrow' exhibition (1956)

While The ICA's show can't deliver such heterogeneous thrills, co-curator Professor Anne Massey does promise "paintings, drawings and photographs by John McHale, Magda Cordell, Nigel Henderson, Eduardo Paolozzi and Richard Hamilton, alongside related designed objects and ephemera from the Independent Group." Prof Massey adds that the exhibition "will be designed to give viewers a sense of 'The Home of the Avant Garde' which first attracted this collection of creative practitioners." To find out more, go here. And to learn more about that avant-garde and their seminal show, please take a look at our Salon to Biennial book, which charts the development of modern art, shown through all of the most influential group exhibitions in history.