The Italian journalist and author Barbara Radice met the seminal designer Ettore Sottsass in 1976. The couple later married, and Radice has continued to chronicle her late husband’s life and work, helping oversee the production of our beautiful new monograph, which we are proud to publish next month. Interestingly, it was during a gathering at Radice’s Milanese apartment on 11 December 1980 that the Memphis Group was founded; the name of the influential design collective, with which Sottsass was part of, is taken from a Bob Dylan song (Stuck Inside of Mobile with the Memphis Blues Again) that they had listened to repeatedly that evening. Read on to find out about Sottsass’s own interior design tastes, what he would have thought of the new book, and why Steve Jobs’ intelligence appeared to Radice as ‘a flickering aura.’ 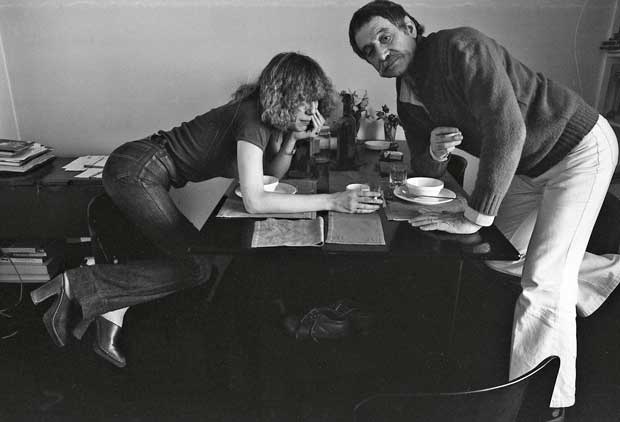 When you first met in Venice, what did you know of Sottsass, and what first struck you about him? At the time I met Ettore I knew little of him, but enough to own a bed he had designed for Poltronova. He was very surprised when he finally saw it. What surprised me was that he kept inviting me out, although he was thirty years older than me. And yet I have always felt very at ease with him, as if we had always known each other.

How did Sottsass like to decorate and design your own living quarters? What were his personal interior-design tastes like? Our houses were very calm and quite empty. We are both very tidy. He liked colours, materials, fabrics...and boxes. He loved to put everything in boxes. At the time we met he had some beautiful ones made from Japanese paper.

Why, in December 1980, did you and your friends feel it was important to talk about the future of design? You should not imagine that we would sit around and actually talk about "the future of design". There was a necessity of updating figurative language because what was around, as Ettore used to say, after a while felt like chewing cardboard. So you need a little mustard, don't you? We were talking about life, and design was part of it. That is why they (the designs) were so intense and bright.

What were the other songs on the stereo that night? What else could Memphis have been called? I do not remember. I think there was just that Bob Dylan song going on and on; Stuck Inside of Mobile with the Memphis Blues Again. The track was on the LP called Blonde on Blonde, I believe.  But the name Memphis kept popping up. In 1976  I had written a piece entitled "Ettore Sottsass and the Memphis blues". It was about a work he was going to exhibit in a show curated by Hans Hollein at the Cooper Hewitt Museum, entitled Man Transforms. 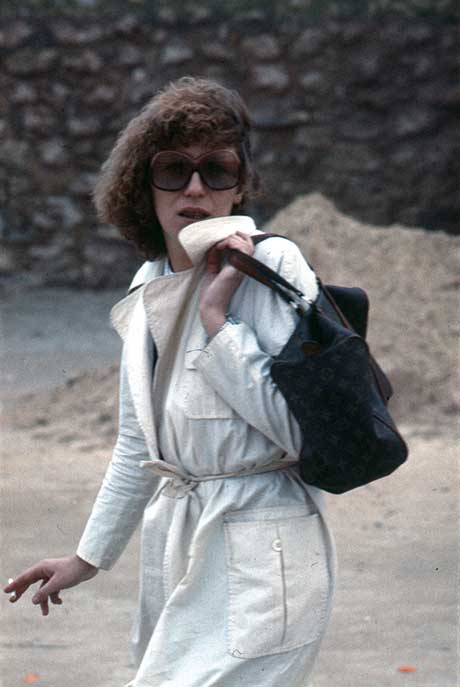 Why did you feel Memphis was ‘eminently anti-ideological’? Practice is thought in action.

Sottsass was among the first famous designers, yet he didn’t respond well to the fame. Why? Ettore cared about doing things well, and about doing good things. He was extremely curious and  enjoyed life but was also very modest. And intelligent. He was truly an enlightened man. What would he do with fame?

His own illustrations are one of the highpoints in the new book.  Contemporary designers do less drawing these days. Do you think something is lost as digital design becomes more prominent? Yes there is something lost. Much in fact. Life is a continuous loss. Ettore used to say that we live in an immense sauna of nostalgia. But I do not think that people will stop drawing. 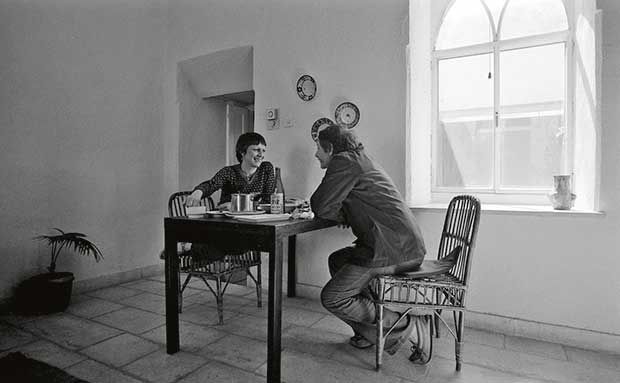 There was a point when people compared Apple’s iMac range to Sottsass’s more colourful work. What did he think of Apple’s products? We met Steve Jobs in California and then he visited in Milano. He was an extremely intelligent person. You could actually feel his intelligence as a flickering aura. He was also quite arrogant, but at the time we met he was really very young and we ascribed his insolence to that. Anyway, Ettore's Studio was using Apple computers and so I think Ettore liked the design.

If 3-D printing  had been around 30 years ago, how would it have affected the Memphis deisgners? Too many ‘if’s. We shall see with the next reincarnation! Pre-order our Sottsass book here.