Piet Oudolf on The High Line and restoring prairies

A perennial plant, for those who don’t know one end of a set of secateurs from the other, is one that lives for more than two years. In horticulture, the term tends to distinguish between short-lived, flowery plants from longer lasting types, often with less showy blooms. Many gardeners work hard to maximise a garden’s bloom. Yet others, such as the Dutch gardener Piet Oudolf, have looked beyond simple petal pushing, to find beauty elsewhere in the plant kingdom.

Oudolf is known throughout the world as a pioneer of the New Perennial movement, having planted such notable grounds as the High Line in New York, the Lurie Garden in Chicago and a garden for Hauser & Wirth’s new gallery in Somerset. Favouring grasses and trees over short-lived floriferous plants, Oudolf has developed a more restrained, more subtle style of gardening, which looks good all year around. If the traditional English country garden best suits a cottage, then Oudolf's New Perennial planting is the kind that offsets great contemporary works of architecture.

In all, it’s a remarkable achievement for a horticulturalist with no formal training, who only found his passion for gardening after taking a casual job at a plant centre. Read on to discover how he went from working in his parents’ restaurant to planning the Whitney’s new garden, where his art-world reputation developed from, and how he sourced so many rare species.

The summer's passed for gardeners in the Northern Hemisphere, but at your garden, Hummelo, the beauty really comes out in autumn. How is it looking today? It’s great. There are lots of grasses that are turning from green to yellow; lots of orange, yellow and blond colours. The trees are losing their leaves, and you can see more of the structure of the tree, and that looks good too. You don’t expect things to be too floriferous at this time of year. I think it would be wrong if everything was in flower. We expect it to die down and lose its leaves, and we appreciate decay more than most other gardeners. 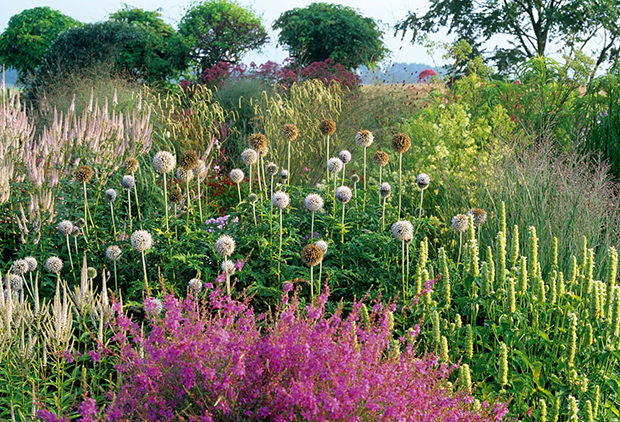 Hummelo, in the Netherlands, by Piet Oudolf

It seems strange to hear a gardener say he likes decay. How does your style differ from conventional gardening? More traditional gardening is about decoration, about bringing things together when they look their best. If plants are dying you replace them with something that’s flowering. We try to make gardens where you don’t have to really change your plants during the season. We appreciate plants that die down for the winter; we leave things on the plant, instead of dead-heading. After all, a seed pod can be just as pretty as a flower. There’s beauty in everything, even in plants that die.

Did you teach yourself horticulture? Yes, more or less. My parents had a restaurant and bar, which I worked in until I was 25. Then I took various jobs, until I came to work in a plant centre. I didn’t know what I was looking for, but when I started there, after two months, I found my passion.

Was there one plant, garden, or experience that convinced you of the merits of this New Perennial style of gardening? No, I reached that position gradually. I realised I wanted to see more dynamics in gardens, more tension, more sensitivity. I create gardens that follow the seasons. It’s more interesting for me than making a flower arrangement.

Did other gardeners share your view? No, I was mainly alone, though I did have some friends from the wild gardening movement, but that was too wild for me. You couldn’t control it, and I think gardening is still about control. I tried to get the look and feel of a wild garden, combined with a bit more order. That is how it developed, over thirty years. The ecological movement influenced me too. That was big in the seventies in the Netherlands and Germany. Of course, it’s still with us now, but it’s now completely separate from gardening. Back then, it influenced gardening, and I was interested in it, because it was going against traditional gardening. 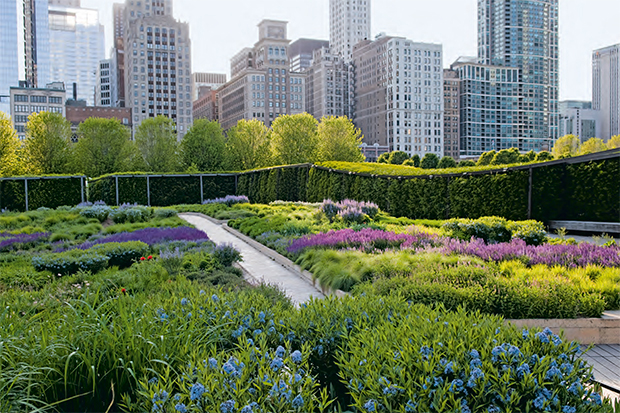 The Lurie Garden in Chicago by Piet Oudolf

How did you come to Hummelo, in the western Netherlands? We had a little garden-design office in Haarlem near  Amsterdam, and because I was very passionate about plants we needed more room. We sold our house in 1981 and we found a derelict farm in the east, near the German border. We were better known for my nursery than for my design work in the beginning. We specialised in perennial plants and grasses – we love to use grasses!

How popular were grasses back then? They weren’t very popular. We had clients who loved the other plants we did, but didn’t buy the grasses. We used them mostly in our projects. In fact, there were only a few grasses on the market, but we sourced more, many from Germany, and also quite a few in North America, when we started working there in 2000. I knew people in Germany, who visited the USA as botanists. I also came to work in Chicago, and I met people who restored prairies and went on prairie trips, and we found so many new types, mainly at friend’s houses. Some came across them in the wild, A German botanist passed some onto me, and plenty were growing in US botanist’s gardens.

Do botanists view plants in a different way, when compared with horticulturalists? Yes. They’re more about the specific plant, the details; the little differences. Gardeners are about what they see on the outside. Gardeners aren’t always aware of the plant behaviour, of what a plant does. For instance, its longevity, or whether it is biennial, is it annual; if it is competitive, or if it can tolerate drought. To do a good garden you need to know all these characteristics. Sometimes, I’ll put things in the ground that will not look good until ten years later. It’s a constant process. The parts that consist of perennials and grasses have reached maturity, but the trees are still young. It can take ten years for them to mature, and if you’re talking about a beech or an oak, even after 25 years they’re still a young plant. 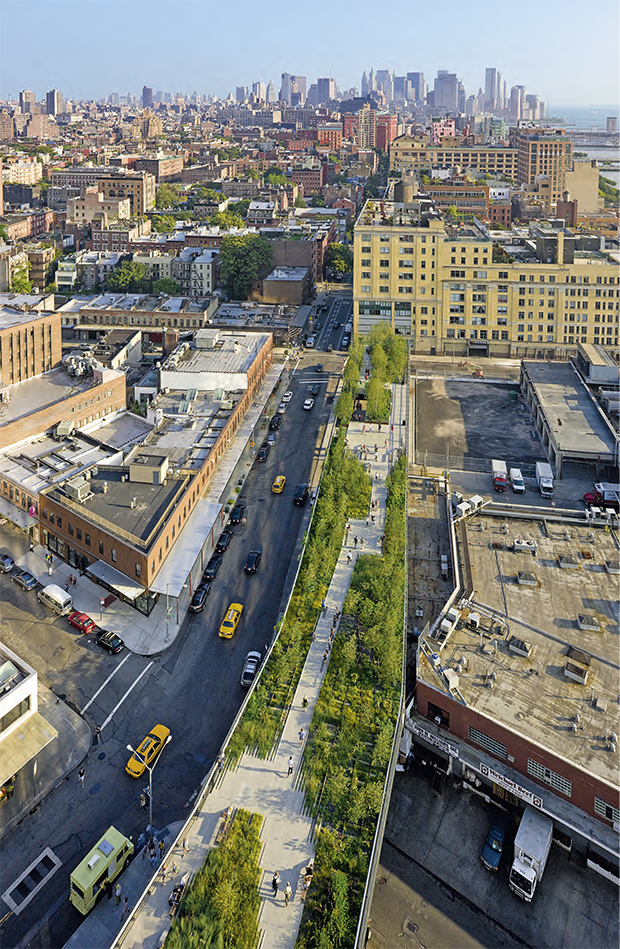 The High Line, as planted by Piet Oudolf

So in some cases you won’t live to see a garden you've created at its best? Yes, but I don’t mind.

How did come to plant the Lurie Garden, at the Chicago Millennium Park? That came via a competition in 2000. I teamed up with [Seattle landscaping practice] Gustafson Guthrie Nichol, and I did all the planting design. The brief was that the planting should be an important part of the park; they wanted it to be interesting enough to bring people along, just for the plants itself. I thought, “I can do that.”

Did the Lurie Garden bring you fame in the US, or did that come with the High Line? The High Line. That’s made me famous across the world. I was first called by [landscape architect] James Corner’s office in 2005; they were already on the shortlist to redevelop the site. I went online and looked at the Joel Sternfeld pictures of the site, I though it looked interesting, but I had no idea what it would become. James created a narrative; a script of what visitors would experience walking over that track: people go into a woodland area, that opens up into a meadow or grassland. This is only one example of the experience. For instance there are the Chelsea Grasslands, The Thicket, The Flyover also. I translated that into the planting.

To what do you attriute its success? I’m not sure. The governing body, the Friends of the High Line, programme it so well. But the location is great too. It’s on the edge of Manhattan, without too many high-rises, right next to the Hudson, really it’s perfect. I’m actually doing something similar in Holland. I have had a lot of interest, but I turn down the bigger jobs. The size of the High Line is my limit. It’s a human scale; you can walk around it, see it and understand it. I can’t do those big, 1,000 acre jobs. That’s for urban planners, not me. 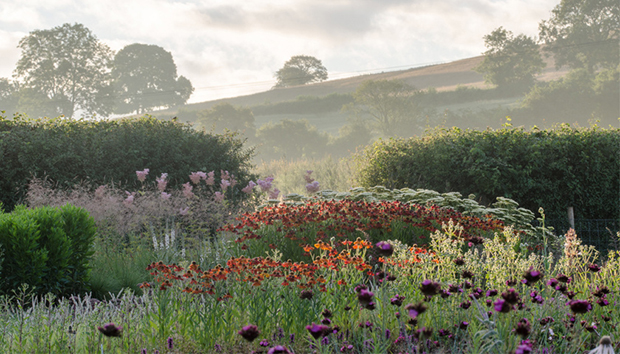 The art world is keen on your gardens too. What draws gallerists to your work? I think it began with Saana architects asking me to make a garden at the 2010 Venice Biennale; that was the first step into the architecture world. Then I got a commission for a Kunsthalle in Germany; then I got the project for the Serpentine pavilion with Peter Zumthor in 2011; and from the Serpentine I was invited to make a garden for the Chanel No 5 exhibition in Paris in 2013; then I got the Hauser & Wirth garden.

Who introduced you to Hauser & Wirth? The Serpentine’s co-director Hans Ulrich Obrist and I were at a party and he said, “I know someone who needs you.” He called Ivan Wirth, and the next morning Ivan and I had coffee at his London office. He gave me freedom to do what I wanted in a big field behind the gallery. I wanted to create something people didn’t expect to be there. Well, that worked for the first month, but now everyone goes online and knows it is there.

What are you working on at the moment? Lots! I’m so busy every day, but I don’t what I’m doing. Actually, I’m doing a small landscape for the Whitney in New York. It’s at the entrance of the new museum, close to the High Line. Is it similar to the High Line? Yes, in ways. It’s similar but different.

You can find out more about Piet's garden, including the High Line, Hummelo and others in our beautiful new book The Gardener's Garden which you can read more about here.