The house that JR built (and then rebuilt!)

Why is the artist spending this month renovating a Latin American cultural centre in a Rio De Janeiro favela?

During the summer of 2008 a young French artist called JR visited the Morro da Providencia favela in Rio de Janeiro, to stage a new iteration of his Women Are Heroes project. This series of public installations pay tribute to the life affirming role local women play in downtrodden communities, by pasting massive photos of their eyes and faces onto the sides of buildings. 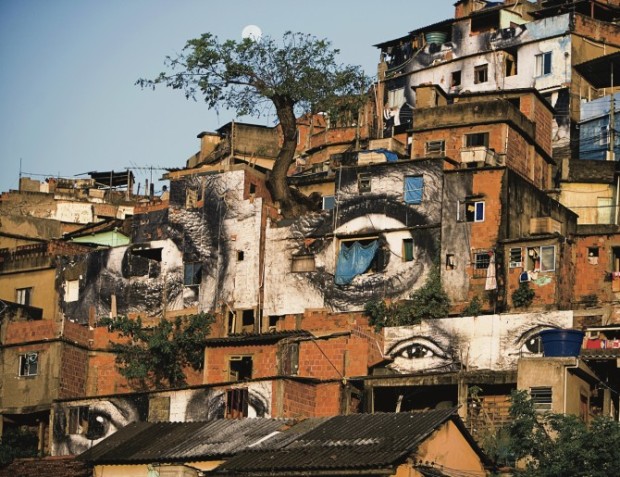 The works generated an enormous amount of press coverage, both in Brazil and around the world. JR's reputation slowly but surely grew and a 2011 profile of the artist in the The New Yorker began with a description of his Morro da Providencia works. But JR understood right from the start that, if he collaborated with a certain community to create his work, he had to give something back.

So, in 2009 he opened Casa Amarela or the Yellow House, a domestic building at the top of the favela which serves as a cultural, social and educational centre for the community. Working in partnership with NGOs as well as individuals in the favela, Casa Amarela offers stage design, photography, and reading classes to local young people, as well as a children’s library, and open-air cinema screenings. 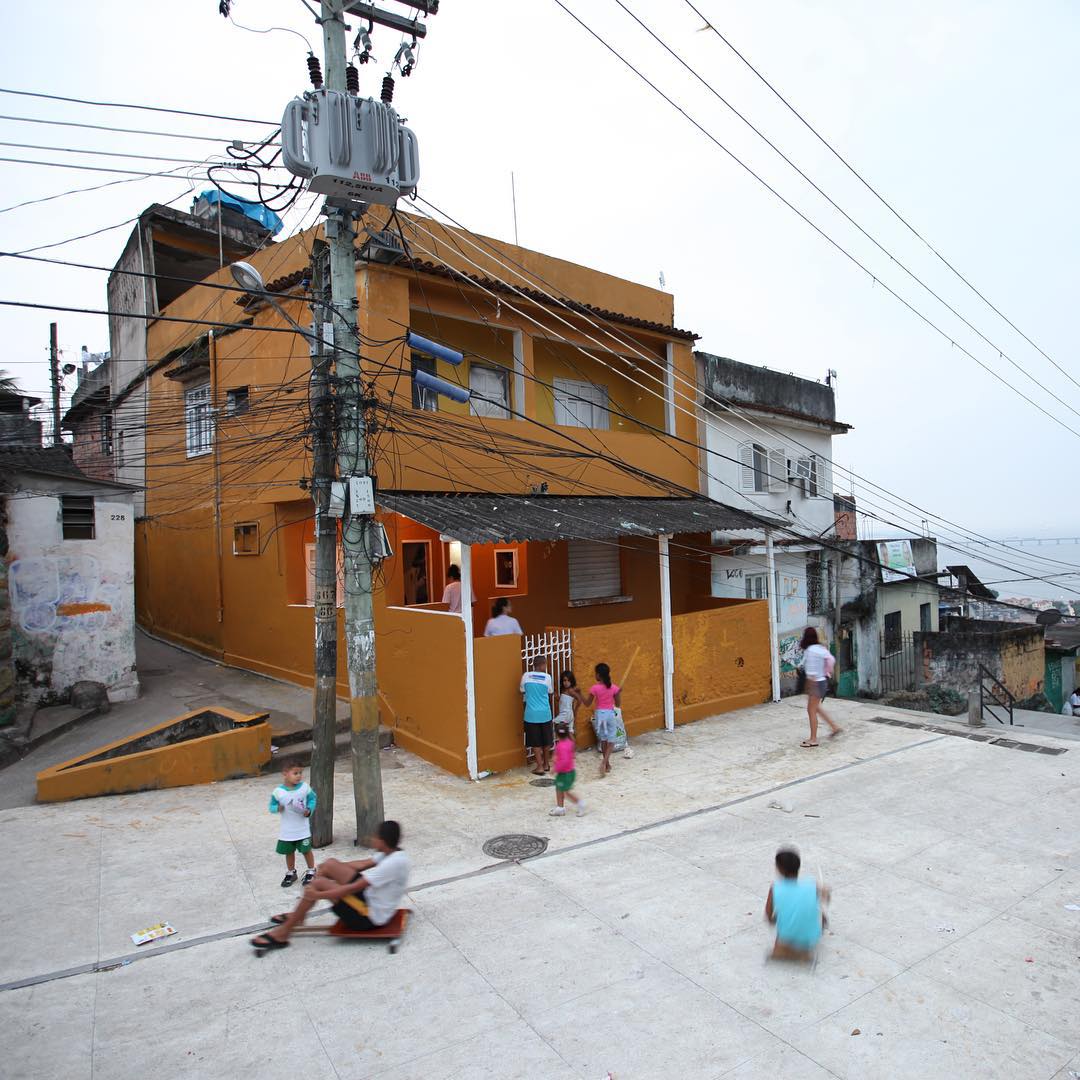 Locals protested, using JR’s own Inside Our project to paste pictures of their faces and bodies on to the side of the community building, with an accompanying statement arguing that “these pictures represent our lives, which we want to keep, we are not only the number that the Municipal Housing Authority allocated to us." 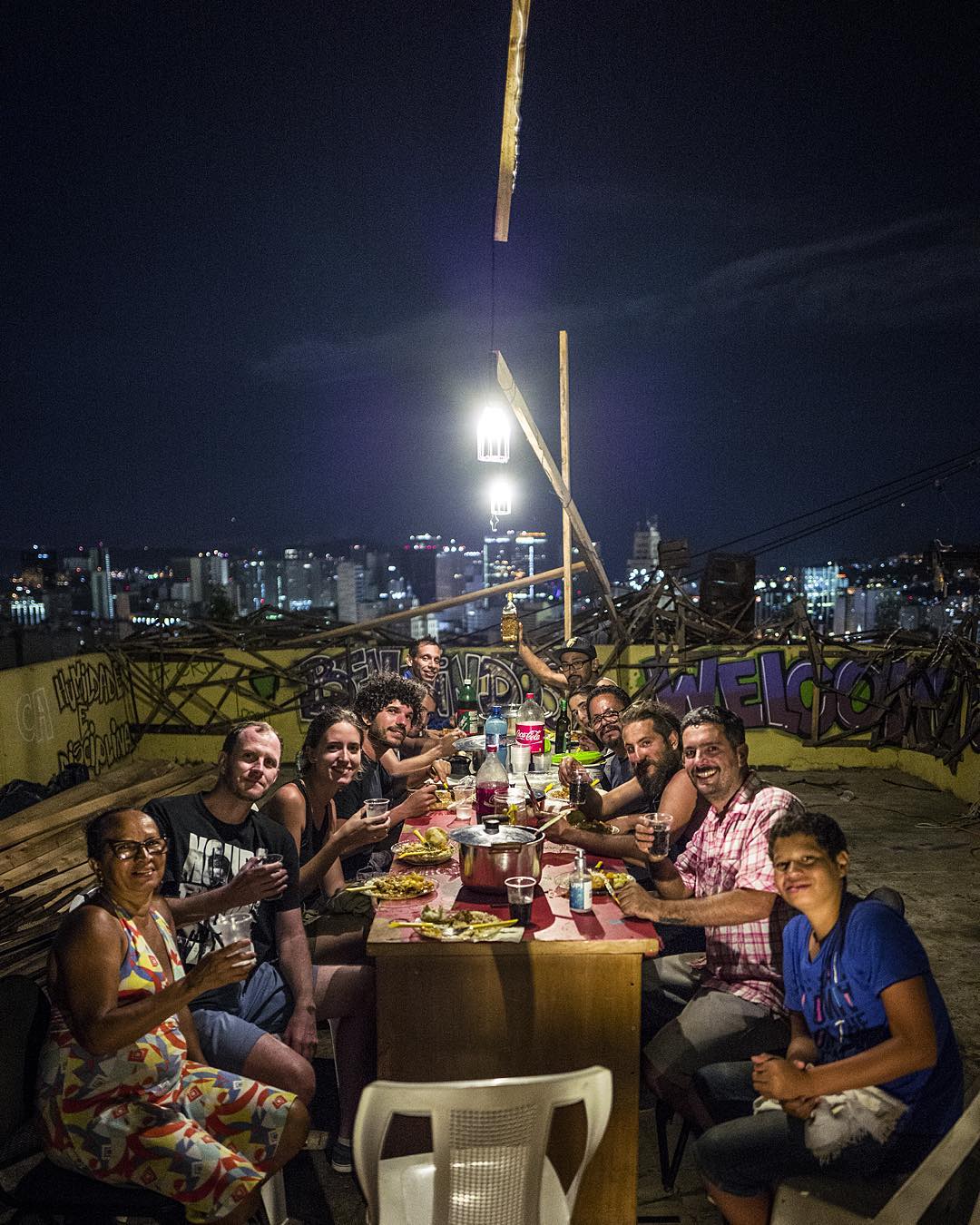 The Casa was saved, yet, after seven years of near-constant use, it is now a little worse for wear. This month, JR is back in the city, working to redevelop and improve Casa Amarela ahead of this year’s Olympics. 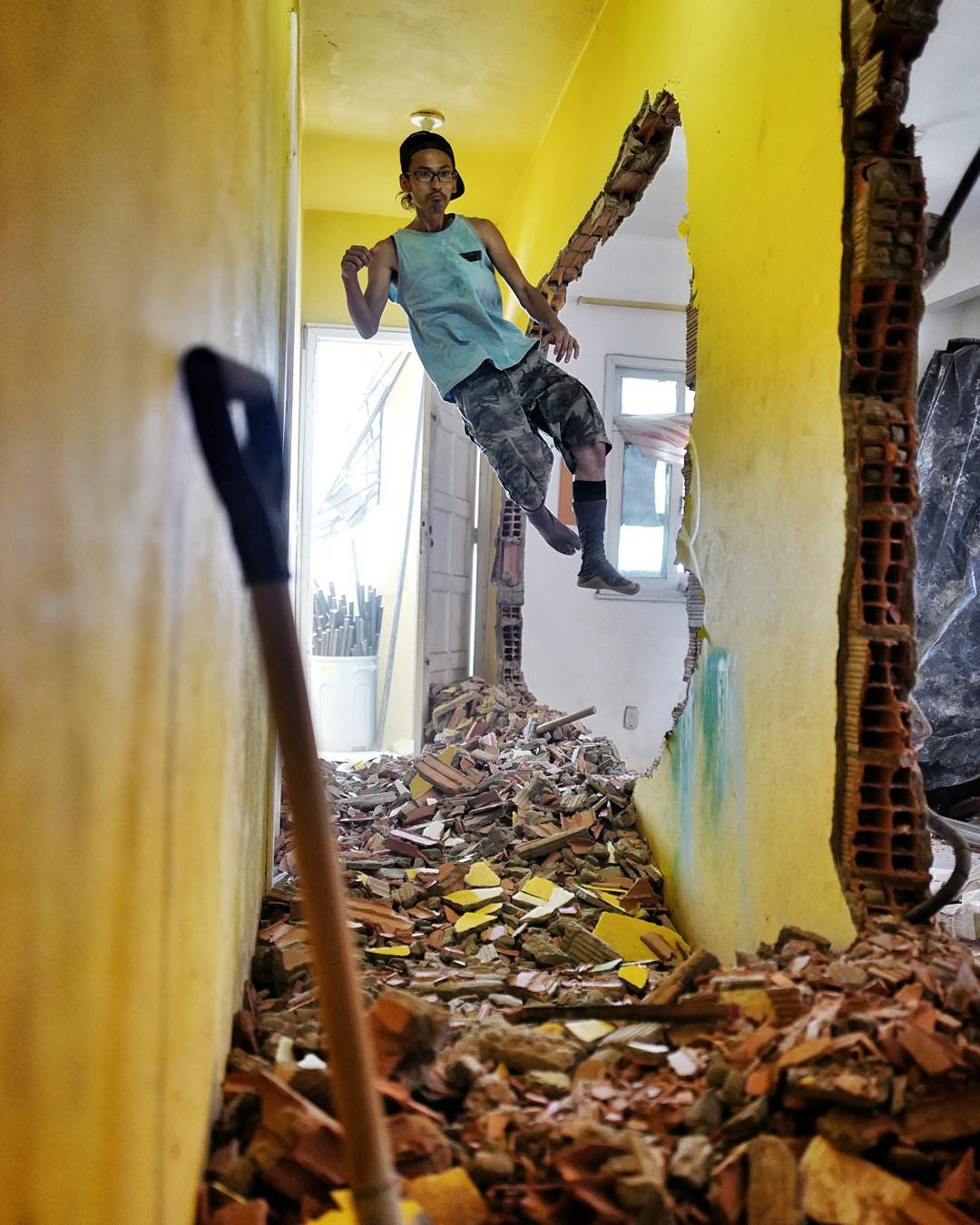 The project isn’t as media-friendly as many of JR’s works. In fact, he could well gather much more attention pasting up a new piece a few minutes’ walk from his Manhattan studio. But the commitment he's shown to Casa Amarela certainly goes some way towards answering the question raised in the subtitle of his fantastic Phaidon monograph, Can Art Change the World? For a deeper understanding of this project and many others order a copy of the book here. 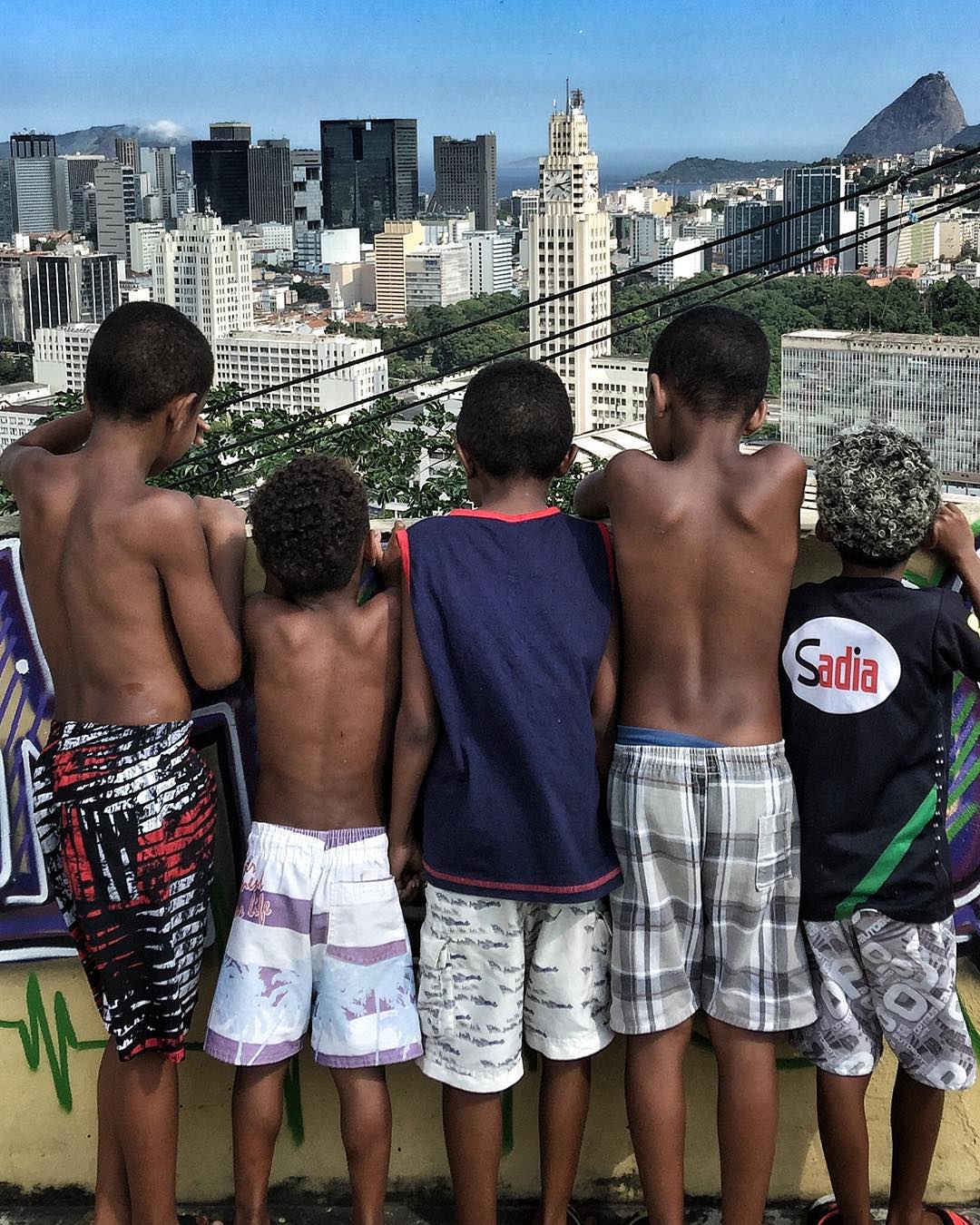 Local kids look down from the roof terrace at Casa Amarela. Image courtesy of JR's Instagram