When did Impressionism begin? As the great EH Gombrich explains in our best-selling art history title, The Story of Art, in 1874 a group of young French painters, including a certain Claude Monet, unable to gain acceptance within the art world, arranged a show in the studio of a photographer. This exhibition “contained a picture by Monet which the catalogue described as ‘Impression: sunrise’ – it was the picture of a harbour seen through morning mists,” Gombrich writes. “One of the critics found the title particularly ridiculous and he referred to the whole group of artists as ‘The Impressionists.” The historian adds: “The label stuck.”

That’s a pretty succinct account of the movement’s beginnings. Yet now, on US professor believes he can bring even greater clarity to these hazy early paintings, by ascertaining, though a careful analysis of the historic record, the exact moment captured in Monet’s pictures.

We’ve written about Donald Olson from the Department of Physics at Texas State University before. Olson, who describes himself as a celestial sleuth, offers insight into landscape paintings by examining clues contained within the pictures. He’s worked on Monet’s canvases in the past, asserting, via maritime, astrological and meteorological records, that Étretat: Sunset was painted by the artist on February 5, 1883 at 4:53pm local time.

Now, the Art Newspaper reports, Olson and his team have turned to one of Monet’s more famous paintings, to assess the moment captured in the very work that gave its name to Impressionism. 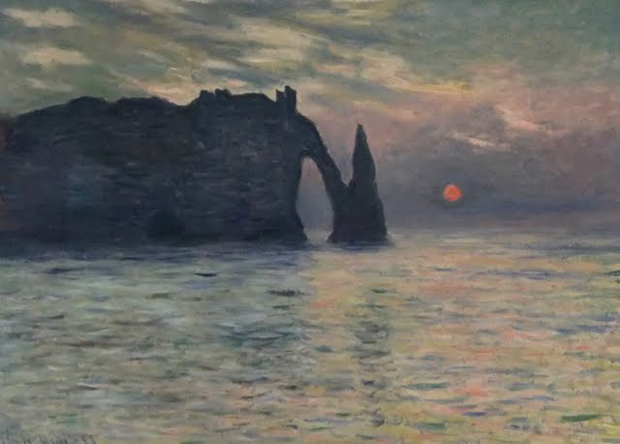 According to the paper, Olson and co have identified the third-floor balcony at the Hotel d’Amirauté au Havre where Monet painted Impression: sunrise. Olson also reasoned that the sun rose at the position Monet paints it only twice in the year: during mid-November and in late January.

References to tide tables enabled his team to further narrow the likely field of dates, as the large vessels depicted in the painting could only enter the harbour at certain times. Weather reports from the period allowed the professor to get the possible date down to two specific occasions when there was fog, but insufficient cloud cover to wholly obscure the sun. Finally, Olson reached for the artistic record, relying on the year Monet himself inscribed on the painting – “72” – to exclude the only other possible date, in January of the following year. 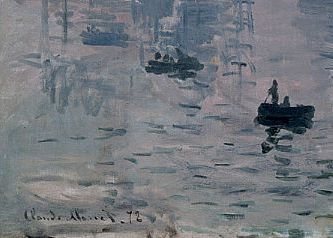 With all this data to hand, Professor Olsen believes the painting captures the harbour at La Harve on 13 November 1872, at 7.35am, and will present his finding at the Musée Marmottan Monet, Paris, from 16 September, in a show staged to celebrate the 140th anniversary of the picture's first public exhibition, entitled Impression, Sunrise: the true story of the masterpiece by Claude Monet.

Sounds like a lot of fun. Find out more about the exhibition here. For an authoritative grounding in Impressionism get this overview of the subject, and for much more besides, buy a copy of The Story of Art.