The artist is back on Instagram, and using posts from the photo-sharing site in a new series of works

Richard Prince first began photographing other people's photographs in the mid-seventies;  the 64-year-old artist created his famous Cowboys series, featuring his own shots of Marlboro men photographs, while working in a clerical position at Time magazine.

So it shouldn't come as any surprise that he's a big fan of Instagram. “It’s almost like it was invented for someone like myself,” he told Vulture.com. “It’s like carrying around a gallery in your pocket ... Everything became easy. It was enjoyable. It reminded me of a free concert.” 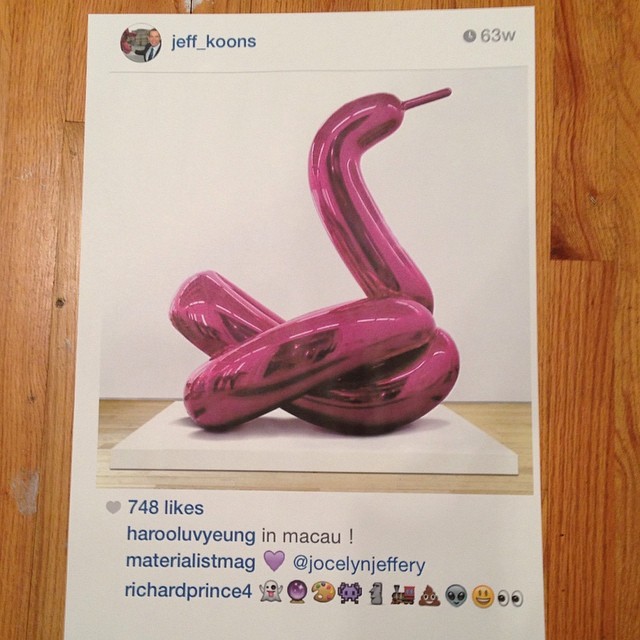 However, Prince's work often includes elements of images that some users might regard as pornographic, so it's equally unsurprising to learn that, after the artist posted his famous 1983 work Spiritual America, his version of a nude picture of a ten-year-old Brooke Shields, earlier this year, Prince's account was frozen.

This lock-out gave rise to much talk about civic and artistic freedoms afforded by the Facebook-owned photo sharing service. Instagram reinstated Prince's account, and Prince is back, posting canvas prints of famous users' images. 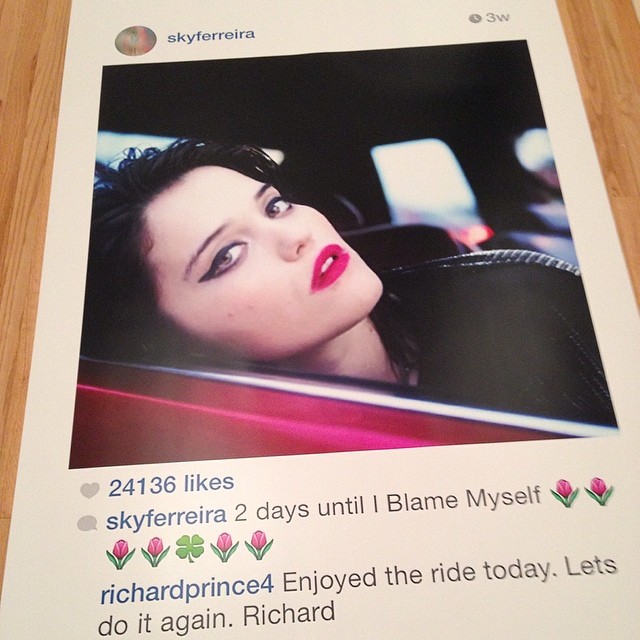 His tastes are catholic, with images from fellow artist Jeff Koons' account placed alongside pictures of the Victoria's Secret model Candice Swanepoell; he sometimes describes these works as portraits, and often includes a comment of his own in the picture. 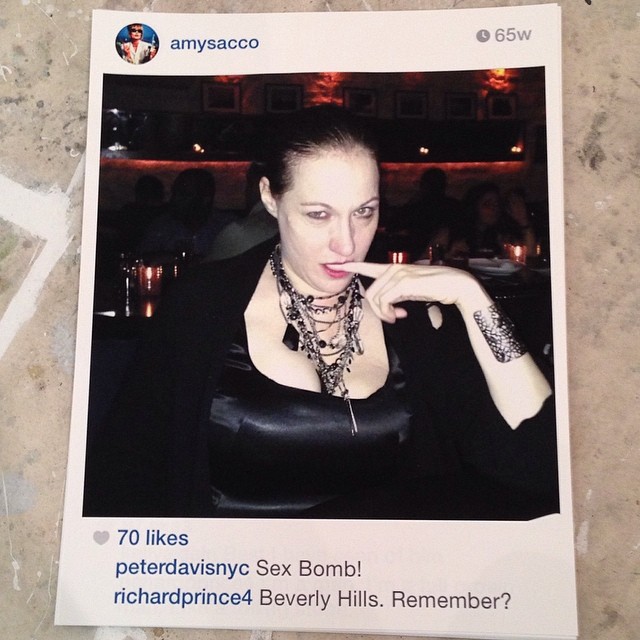 Looking for painterly beauty in these canvases seems to be slightly churlish; we love Prince for its tastes and instincts, navigating us around contemporary culture, be it cigarette ads or social media. View all his posts here, and to gain a richer understanding of his work, consider this Richard Prince monograph, which we are proud to publish.