Arcade Fire jump in the water with JR in Paris

Any Parisian who may have missed their city’s greatest living public artist, JR, as he’s jetting around the globe, pasting up his works in New York, Istanbul, Palestine and Rio, will have probably drawn great pleasure from the Louvre’s pyramid over the last few days. JR has been covering the huge glass structure beside the country’s leading art gallery in a black-and-white trompe l'oeil, blending it into the Cour Napoleon.

Yesterday, however, JR’s French followers received another treat, as the artist called on a couple of famous friends of his to celebrate his newly complete work. 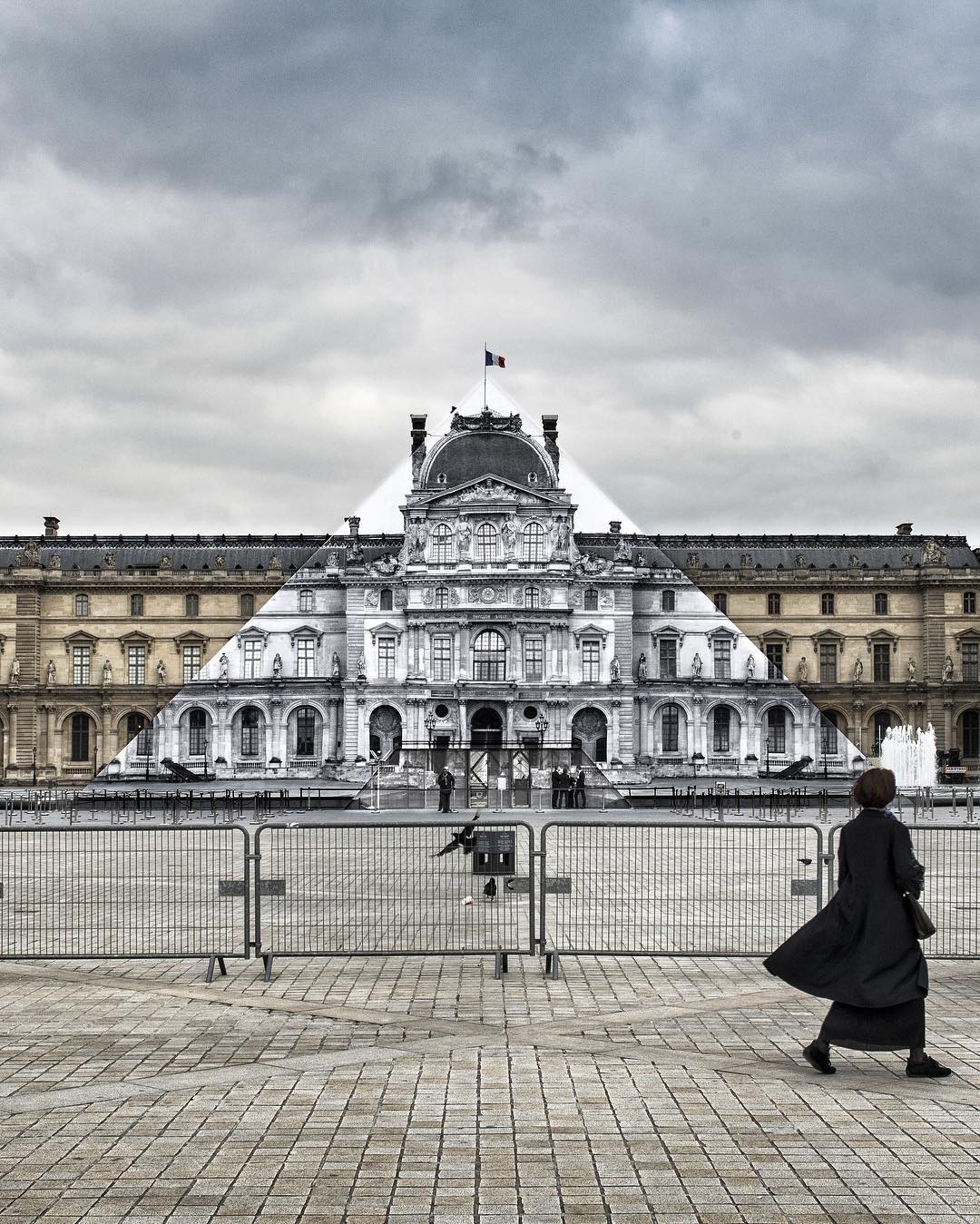 Standing beside one of the park’s lakes just off the Jardin’s Allée Centrale, the North American rock stars treated the crowd to a laptop mix of classic art pop, including David Bowie’s Oh! You Pretty Things, and Sinead O'Connor’s recording of Nothing Compares 2 U, as well a stripped-down performance of Arcade Fire’s My Body is a Cage, from the group’s Neon Bible album.

Missed it? Don’t worry. You can watch a bit of the show above; and you can admire JR’s pyramid until 27 June. Meanwhile, JR is promising plenty more surprises over the next few days, as he prepares to take over the whole of the Louvre this weekend. Watch out for the filmmaker Agnes Varda, the model Cara Delevingne and the musician Matthieu –M– Chedid in and around the first arrondissement, as well as plenty more from JR himself. 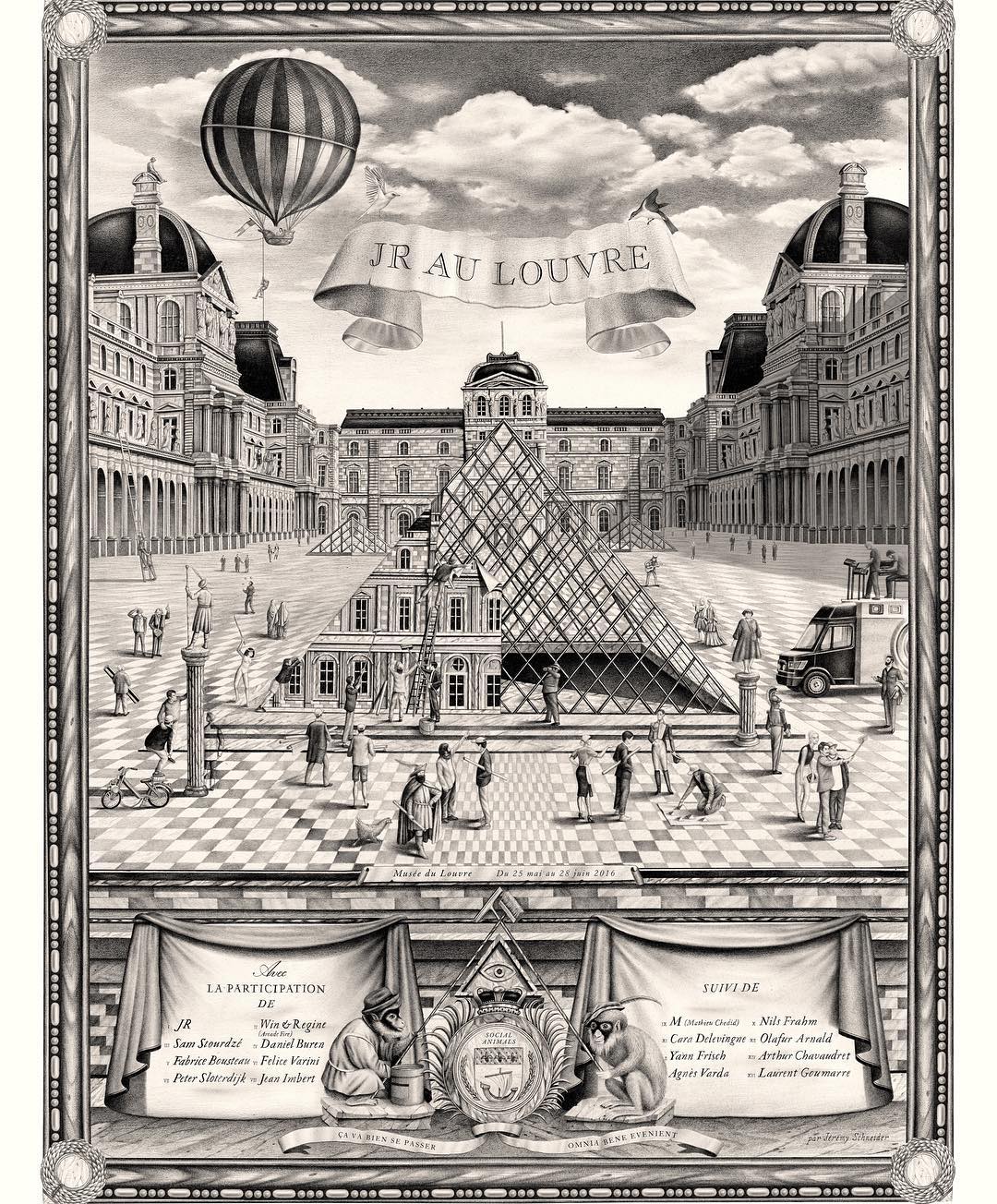 If you can’t make it, or even if you can, gain a greater understanding of this brilliant contemporary artist by buying a copy of JR: Can Art Change the World? Here.