Looking back at Derek Jarman's Blue

20 years after the filmmaker's death, an Art and Queer Culture exhibition examines his final feature film

Had he not been diagnosed as HIV positive in 1986, the British filmmaker and artist Derek Jarman might have gone on to to make fine, artistically inclined feature films, like his movie Caravaggio, which premiered around the same time as Jarman learnt of his fatal infection.

Instead, frustrated by the artistic constraints of big-budget films, and the inability of the movie business to address the important ideas in his own life, the filmmaker turned back to more challenging work. 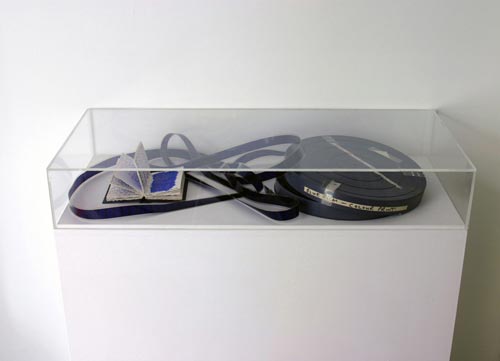 A film can and one of Derek Jarman's notebooks

The greatest of these late films was his final feature, Blue (1992). Influenced by the onset of Jarman's own blindness, the visual content of the film couldn't be simpler: it is a unchanging block of Yves Klein blue that stays on the screen for a little over 70 minutes. The soundtrack, meanwhile, is a collage of music and narration by Jarman and his friends, which builds into as eloquent a valedictory statement as any filmmaker has managed.

To commemorate the 20th anniversary of Jarman's death, Chelsea Space, the gallery within the Chelsea College of Arts and Design, is to host a show examining this film. The blue-lit display focusses on Jarman's hand-painted, carefully annotated notebooks. Indeed, its title comes from the name Jarman gave to these; you can see it scratched on to a glass plate on one of the covers. 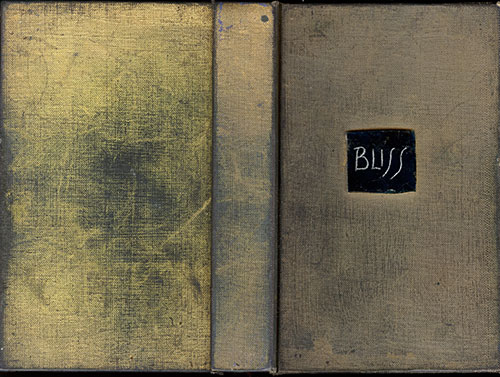 The cover of one of Derek Jarman's notebooks

Anyone with an interest in British 20th century film, art or queer culture should pay a visit. Though, for a little extra insight, it is especially worthwhile going along on the evening of Thursday 20 March, when in the Chelsea College of Arts lecture theatre, Richard Meyer, one of the editors of our fine book Art and Queer Culture will discuss Jarman's place within the tradition of homosexual creativity. For more on this go here, and to buy a copy of Art and Queer Culture go here.