John Pawson strips back the Baroque

The St Moritz church in Augsburg, Bavaria goes minimalist, thanks to the work of Britain's architectural master

The Moritzkirche or St Moritz Catholic church in Augsburg, southern Germany, has undergone many changes during its 1000-year history. In 1229 it was remade in the Gothic Style. In 1714 it underwent a Baroque transformation. A  less sympathetic remodelling took place in 1944 thanks to an Allied bombing raid. Now British designs of a different sort have been visited on the church, thanks to the noted minimalist, John Pawson, who, while keeping certain Baroque elements, has introduced a far more paired-down aesthetic. 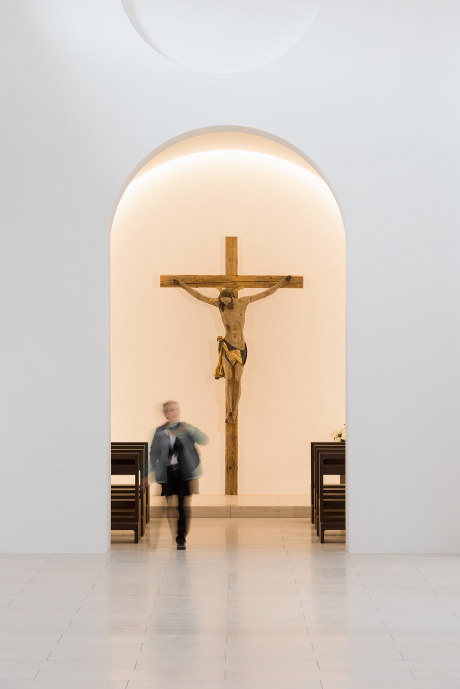 For the past five years his architectural practice has been working on the building, to “retune the existing architecture, from aesthetic, functional and liturgical perspectives, with considerations of sacred atmosphere always at the heart of the project.” Pawson and his team, with the consent and encouragement of local Catholic worshippers, have stripped away much of the old interior, rearranged a number of artefacts, and lit the church in compelling new ways. In particular, the architect laminated a thin layer of onyx to the windows, diffusing daylight rays throughout the building. 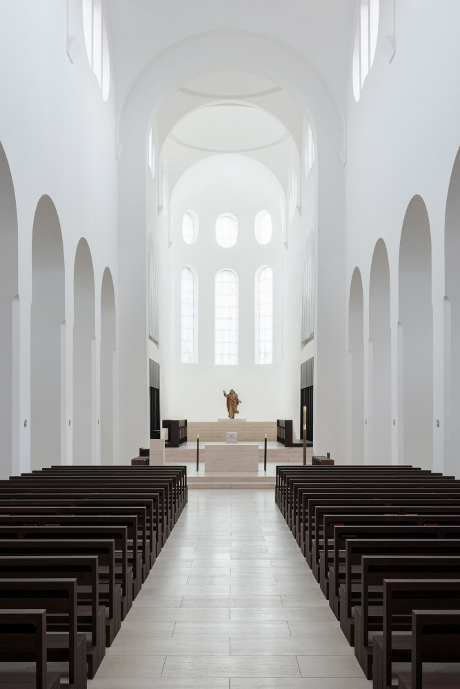 Portuguese limestone lines the floor; hidden LEDs illuminate gloomy parts; certain Baroque elements, including the carved figures of the Apostles which look down on the congregation, have been retained. Still, it's a bold reinterpretation for so traditional a building, in a relatively conservative part of Europe. Nevertheless, locals are pleased with Pawson's work, and have been celebrating with concerts, since its reopening earlier this year. The choral acoustic are meant to be great.

To find out more, go here. For greater insight into Pawson's career and outlook, do take a look at the books we have created with the architect, including A Visual Inventory, Plain Space, and Minimum, and Works. Also, for great offers, rewards points and exclusive events, don't forget to join our club.