The great British designer Ross Lovegrove was one of the guests at our launch of the Phaidon Atlas in Venice a few weeks back, and, along with everyone else, he was impressed with what he saw. Ross’s Ty Nant water bottle was the first entirely digitally generated commercial product on its launch in 2000. Since then, he's worked on products for the likes of Renault, Japan Airlines, Vitra, Tag Heuer and Issey Miyake among countless others.

When we spoke, he'd just begun working on a retrospective of his work due to open at the Pompidou Centre, Paris in 2016. It’s a huge project and one that’s got him thinking about the interface between nature and computational design.

“In product terms, the problem of being an industrial designer,"he said, "is that often you’re producing an anonymous, nomadic object that goes far and wide and which is often highly disposable through a fashion cycle. But I try not to be part of that. 14 years ago that water bottle was a massive commitment to taking a new path. For me, nature and computational design are one. That’s what nature is. So it’s really the time to explore that and I would love to be known within my field as the one who can bring it all together. We just need those Medicis and the right patrons!” 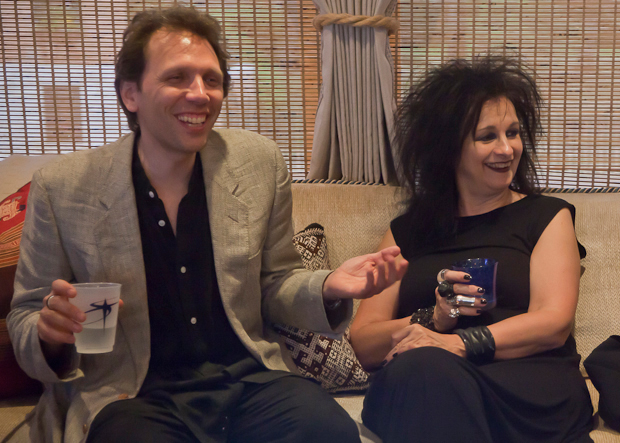 Ross expressed interest in and admiration for the work of Odile Decq whose plans for a new kind of architecture school in Lyon we reported on last week.

“Odile is hugely important,” the designer said. “There needs to be a trinity and a synergy between things. I’m just planning a new show at the Centre Pompidou in 2016 in which I’ll look at all of this convergence. I think if we’re going to have any sustainable quality of life, given the numbers of humans that are being born, and the consumption that’s associated with that. We have to think this way. I think there are opportunities in architecture to amalgamate logic and beauty.

“We’re in a tertiary phase of evolution right now," he continued. "Everything is subject to reappraisal. So I think if you look back historically to the photo of Villa Savoye and there is that old car outside I think we’re slightly in that sphere right now: What is a ahead? Is it the car? Is it the architecture? What is the synergy between them?" (The Villa Savoye was designed by Le Corbusier as a paradigm of the 'machine as a home'. The movement of cars to enter the interior of the house was a trigger for the design of the building.)

"There are people out there who reference nature, Calatrava and so on. But for me - nothing against Santiago - it’s too overt. I’m interested in the building blocks of nature at a Nano level, a cellular level, and how to bring that out.

“I’m interested in the dialogue between the human being and the human scale, up to a vehicle scale, which is essentially just a big product, and then how that scale relates to the dynamics of a community - how the car will work in society as a positive entity. You can’t have so many young people devoting so much time to that if it doesn’t become a force. It has to. It’s just a matter of time.” Keen to here more from Ross? Then check out our book Supernatural: The Work of Ross Lovegrove