Today we might think of Gilbert & George in terms of the pictures they make, or, for those who come across the pair on the streets of North East London (we regularly see them in our local Turkish restaurant), as long-form performance artists. Yet the New York gallery Lehmann Maupin has just opened a show of vintage films and ‘video sculptures’ by the British art duo.

Gilbert & George Films and Video Sculptures, 1972-1981 features short, early repetitive works. Such brief films as Gordon's Makes Us Drunk (1972); A Portrait of the Artists as Young Men (1972); and In the Bush (1972), mark a transition in the artists' career, where their lives themselves were the works of art, through to their later period, where they produced more conventional gallery offerings.

However, the new show will also screen the duo's one feature length film, The World of Gilbert & George (1981). To offer a little insight into how these two artists would make a movie, we've reproduced this exchange, from our book Gilbert & George: intimate Conversations with François Jonquet. Here's how they describe the making of the film to the art critic: 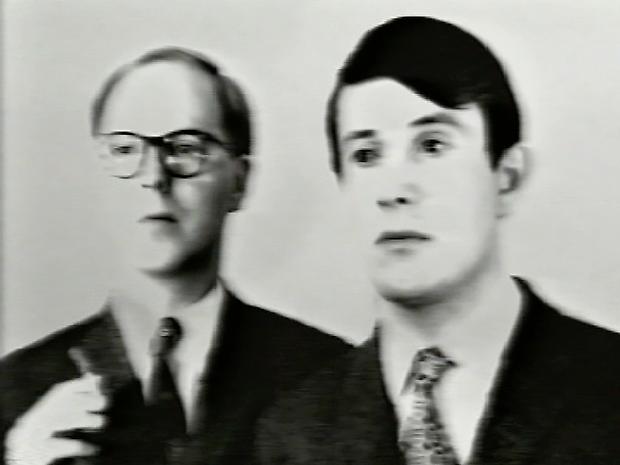 George: …and the shooting was completed in 1981.

Gilbert: We met a young American in Athens, a friend of Jean Bernier’s, a theatre actor. He had knocked around quite a lot on English stages.

George: He didn’t have the means to make a film, to act the big producer. He was just starting. He asked us if we like to make a film. We said yes, we’d love to. But what did we want to put in the film?, he asked, and we realised then that we wanted to put everything in it. And he said, ‘Well then, put everything in it: the things you love, the things you hate, the dreams you have, your fears and hopes for the future.’ Whatever crossed our mind, or heart.

Gilbert: We wrote a screenplay with a very detailed shooting script. And a storyboard. Because it was vital that we remain in control. When the cameraman was next to us, we had to be able to tell him that we wanted something absolutely identical to the drawing. Otherwise we would have lost control, we have been lost. And we always want to remain in control.

George: You can easily impair a work in the process of making it.

Gilbert: Even when we’re putting together an exhibition, we’re always very careful to supervise each detail. Not to let anyone put in his oar. During the shooting we stuck very closely to the shooting script. We wanted to show what our thoughts looked like.

What did you see? 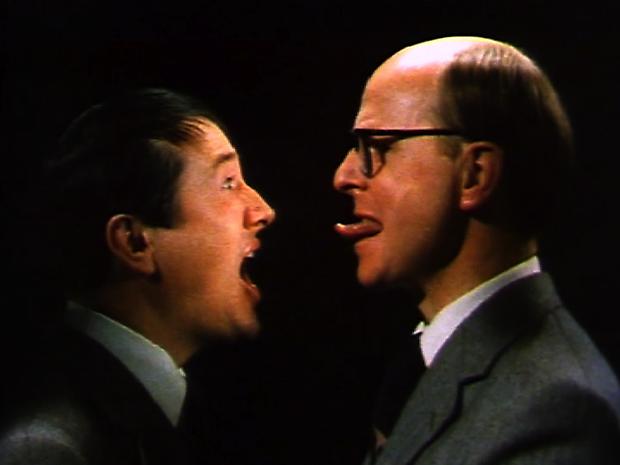 It's a great list, isn't it? Find out more about this exhibition, which runs until 3 August, here. For more from this wonderful Gilbert & George book, buy a copy here. And for further insight into film making, take a look at our huge range of film-related books, here.