The 71-year-old French artist will install a trio of beautiful, spooky artworks in Scotland later this month

What kind of a person erects a wayside shrine dedicated to themselves? A person like Christian Boltanski, that's who. The 71-year-old French artist is, as we explain in our Contemporary Artist Series book on him, an artist who often creates autobiographical works which induce “a sense of hushed wonder and a poignant evocation of loss.”

Nowhere is this sense more apparent than in his Animitas works. In 2014 Boltanski installed a series of Japanese bells on rods in Chile’s Atacama Desert, naming the piece Animitas after the Chilean word for wayside shrine. This deserted spot held both historic and aesthetic significance -  it’s a wonderful place to sit and watch the stars but, on a darker level, during the 1970s General Pinochet imprisoned many of political opponents here.

Boltanski’s bell rods are rooted into the ground to reproduce the arrangement of the stars on the night that he was born: 6 September 1944. When the bells chime, they create, says the artist, “music of the souls.” 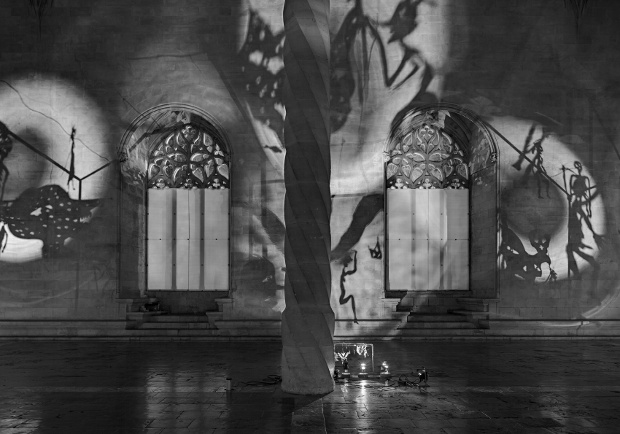 Since 2014, Boltanski has created other Animitas elsewhere, and, later this month, brings the soulful bells and rods to an island in a duck pond at Jupiter Artland, a sculpture park on the outskirts of Edinburgh.

The Edinburgh Animitas will open as a permanent work on 30 July, in time for the Edinburgh festival, and will be accompanied by two temporary works. Boltanski’s Les Archives du Coeur or Heart Archives, will go on show; this is a collection of heartbeat recordings that the artist has been collecting for the past eight years.

Boltanski sees these simple recordings as “little memories”, which capture and preserve something of the fragility of human life. The recordings themselves are archived on the Japanese island of Teshima. However, visitors to the Edinburgh show can listen to some of his recordings, and even submit their own heart recording. 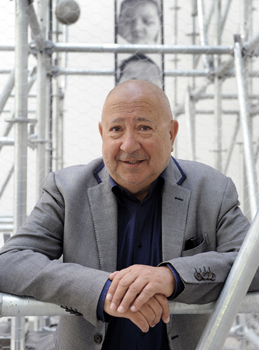 Jupiter Artland will also display Theatre d’ombres: a spooky, sculptural shadow show which the artist has been working on since 1984. Its flickering forms, like the artist’s bells and heart recordings, have a deathly aspect, but also an affecting beauty.

To learn more about this fascinating artist buy our Christian Boltanski monograph, which forms part of our ongoing Contemporary Artist Series of artist books.