By depicting pottery in his paintings, the contemporary artist Jonas Wood closes the gap between life and art

Jonas Wood has a thing for pottery. “A ‘classic’ Jonas Wood painting invariably contains pots,” writes the curator and author in our new book on the LA artist “Sometimes it’s lots of pots, casually arranged on shelves, some empty and others housing a variety of succulents; or there are individual pots where the scale of the vessel is enlarged to such a degree that their surfaces can display the enormity of a landscape or the reproduction of another artwork. Wood’s fondness – we might even say his tender love – for pots is part and parcel of his work’s magic.”

“I decided to start painting still lifes right out of grad school because all of these other painters I admired really proved themselves in the genre,” he tells fellow artist Mark Grotjahn in the Interview section of our new book. “Then it just happened to be that I married somebody who produced these objects almost ready-made for still lifes. It just made it even richer and more intense for me, and a perfect platform to get the energy out.” 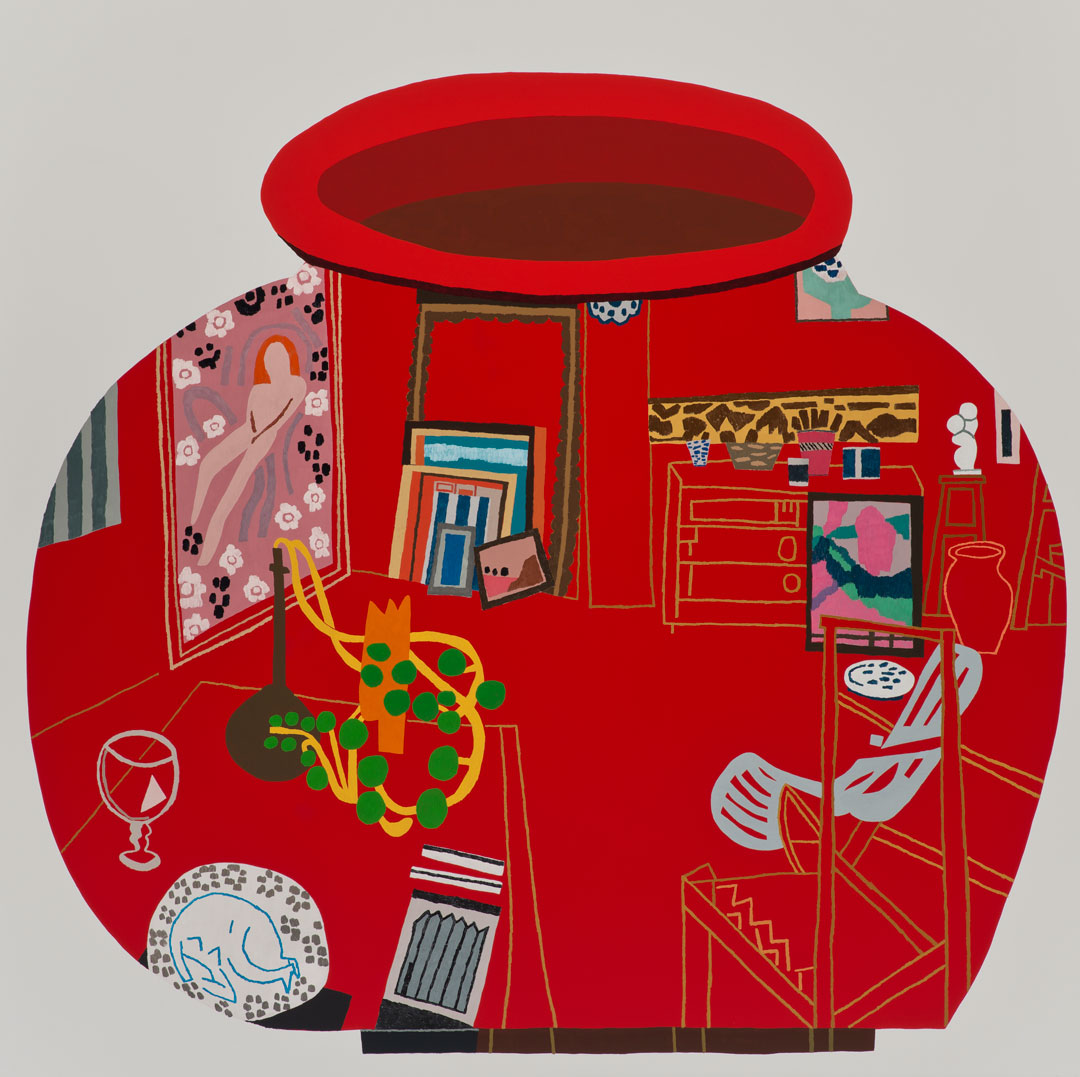 Wood doesn’t limit his ceramics still lifes to his wife’s work. The pots of LA art couple, Michael Frimkess and Magdalena Suarez Frimkess also feature in his paintings, and the repetition of ceramics in his art “connotes both reverence and pleasure, as well as the pursuit of a better and better image.”

It’s easy to revel in the range of surfaces, shapes and colours in Wood’s pottery still lifes. But there’s also a serious message in the way Wood elevates pottery – once viewed as an everyday, decorative art – to the status of fine art.

Take, for example, his painting Red Studio Pot, from 2014. This is a picture of a pot featuring a reproduction of Henri Matisse’s famous Red Studio painting from 1911.

Clearly, Matisse’s masterful depiction of his own studio is a painting that Wood admires and aspires towards. But this particular canvas is one in a series, which also feature depictions of pots by the Frimkesses and this aesthetic equivalence tells you something about Wood’s outlook and ambitions. 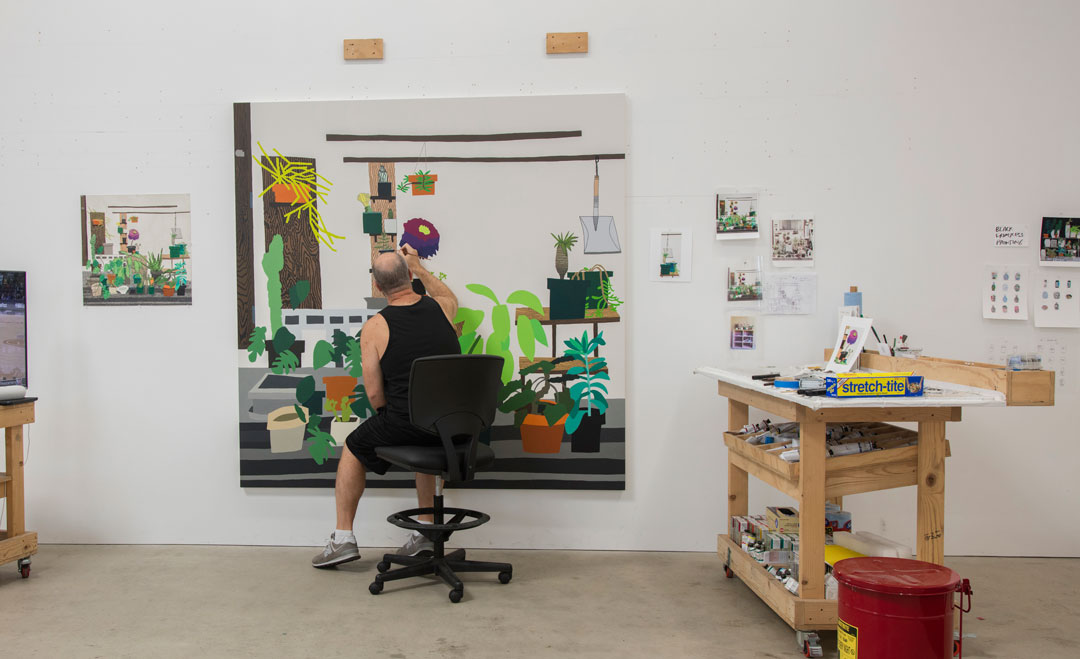 “Just as Wood desires to be thought of in the century-long lineage of Matisse, so the life-long loving and aesthetic partnership of the Frimkesses must also be an aspiration,” writes Molesworth. “Known for their collaborative output (he throws the pots without consulting her and she paints them without consulting him), they are a model of marital equality, artistic parity, and are emblematic of the avant-garde’s great rallying cry to merge art and life.

“Their copious output suggests that their compulsion to make things, to produce form and decoration, to participate in activities as old as throwing pots and making paintings, is a motivation in and of itself. That they did so as a couple, as equals, is, to Wood, as much as an achievement as Matisse’s The Red Studio.”

Or as Wood himself puts it in his conversation with Grotjahn, “all these things just seem natural to me. I’m not trying to remake those things, I’m trying to make them in my own way because I’m so turned on by them.”

Once pottery might have belonged on a shelf in a suburban home, while hugely influential works of modern art belonged in places like the Tate or MoMa. Yet in Wood’s work, they’re jumbled up and equalised, each a worthy turn-on. In his art, as in his life, it’s nice to be a fine-art master, but it’s also nice to simply live and work with people and things you love. 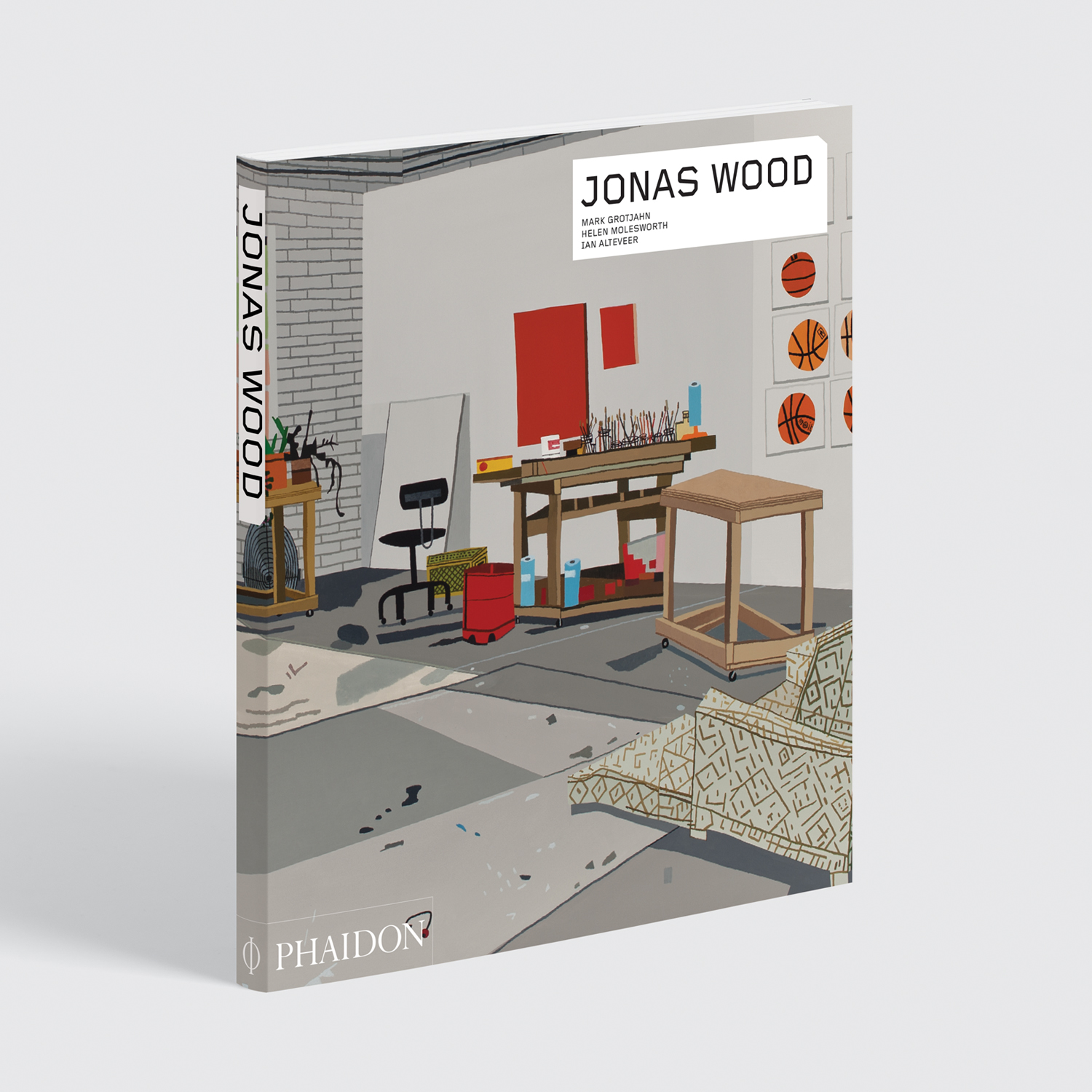 To see more of his pots, as well as lots beside, and to understand them a little more clearly too, get a copy of our Contemporary Artist Series book on Jonas Wood here. Meanwhile, for more on contemporary ceramics get Vitamin C.