Tasmania’s Museum of Old and New Art (Mona) - one of Phaidon's favourite spaces - has  won both the People’s Choice Prize and the Alan C. Walker Award for Public Architecture at the Australian Institute of Architects’ 2012 Tasmanian Architecture Awards.

It’s no surprise that this US$180 Million complex – the largest private museum in Australia - should stand out among the island state’s architecture. Designed by Nonda Katsalidis under the aegis of founder and Tasmanian gambler-turned-collector David Walsh, Mona’s modest exterior hides impressive depths. Its waffle concrete and Cor-Ten steel upper leads down into a three-tier underground exhibition space, cut into a sandstone peninsular just to the north of Hobart. 60,000 tonnes of rock and soil were excavated to make way for the 6,000m2 exhibition space, which opened in January 2011. 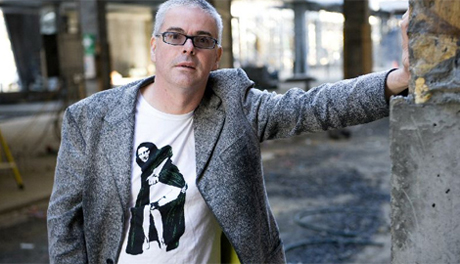 Below the surface, Mona’s corridors twist off and confound, in an arrangement that led one critic to describe it as looking like the London Underground reworked by Archigram. Walsh says he wanted a building where art should be uncovered rather than simply displayed. To that end there are no signs to guide the visitor. “I’m trying to build a museum that you discover gradually,” he said recently . “It’s a secular temple, or you might call it an un-temple, which means it has to be concealed.”

The works, all taken from Walsh’s private collection, include cultural antiquities –a West African palace door, coins from the Doges-era Venice, ancient Egyptian figurines – as well as paintings by Sidney Nolan and Arthur Boyd, and pieces by Paul McCarthy and Stephen J Shanabrook. Alongside Jenny Saville’s painting of a naked transvestite and Chris Ofili’s Holy Virgin Mary smeared in elephant dung which both had controversial receptions, Phillip Nitschke has created a Suicide Machine that requires you to sit in a lounge room setting and simulate your own suicide. Walsh tried it out the day before the opening, and claimed it was “hard to bring yourself to do it”.

Christian Boltanski’s video piece, The Life Of C.B. is perhaps the most remarkable in the collection. Housed within a secure, air conditioned concrete bunker, it features nine video monitors streaming the work going on in the artist’s Paris studio. Walsh has promised Boltanski a monthly fee until he dies whereupon the production of the work will, naturally, cease. Boltanski calls the commission “a game with the devil.” As we reported back in September, Walsh tends to remove Mona's more popular works from display if they get too many 'likes'. 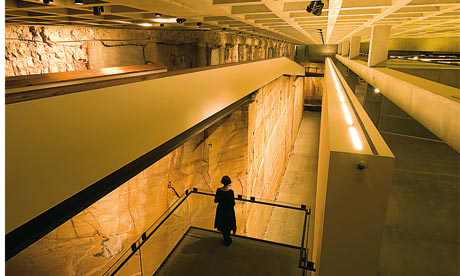 Despite, or perhaps because of, his standpoint the local population appears to be behind Walsh. While Mona received mixed reviews in the national press, its People’s Choice Prize – voted for by Tasmanians – proves the museum has grassroots support. A recent survey revealed that the museum has become Tasmania’s second most popular attraction. The awards jury called it “a place of mystery, exploration and wonder - unconventional, unpredictable, where the visitor can feel comfortably lost amongst extraordinary art.” Walsh’s plans to install a cemetery into the lowest floor and to offer secular funerals will only increase its allure. Are there any other galleries that actively attract their own ghosts?