The High Line - by the people who made it

What is the High Line? It is, of course, a fantastically successful public park in New York City, resting on an elevated stretch of freight railway that once serviced the West Side of Manhattan. It is also an architectural creation, as Ricardo Scofidio, Elizabeth Diller, and Matthew Johnson of Diller Scofidio + Renfro and James Corner and Lisa Switkin of James Corner Field Operations explain in a series of illuminating interviews and documents in our new book. 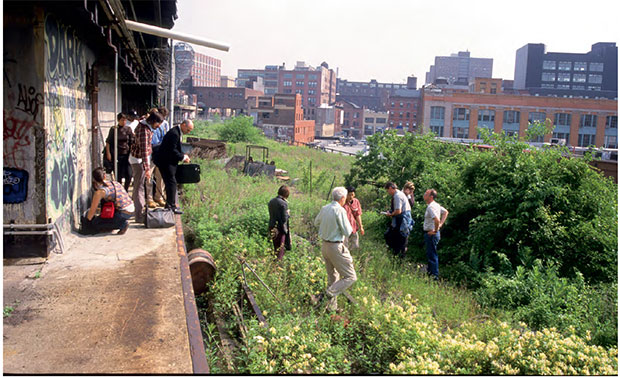 It is a horticultural undertaking, as Dutch garden designer Piet Oudolf make clears in his visual and textual contributions to the new title.

Yet, it is a work of civic resistance, undertaken by Friends of the High Line, a group who saw value in this vestige of 20th century New York (and still provide 98 percent of the park's running costs), and the potential to repurpose it for the 21st century; and it is a distinctly Manhattan creation – a “1.45-mile, 6.7-square-acre, 30-foot high symbol of exactly what it means to be living in New York right now,” as Adam Sternbergh put it in New York Magazine

Engineering drawings of the elevated viaduct, 1927

As readers will learn, even the architects were amazed by the High Line’s success. “We never anticipated its popularity,” explains Elizabeth Diller of Diller Scofidio + Renfro. “When we first started, it was projected to receive 300,000 visitors a year. Last year, over six million people came.”

The book chronicles the history of the park, from its unlikely origins to its remarkable creation, and its latter-day acclaim, with unseen archival documents, first-hand accounts, illustrations, diagrams and photographs. 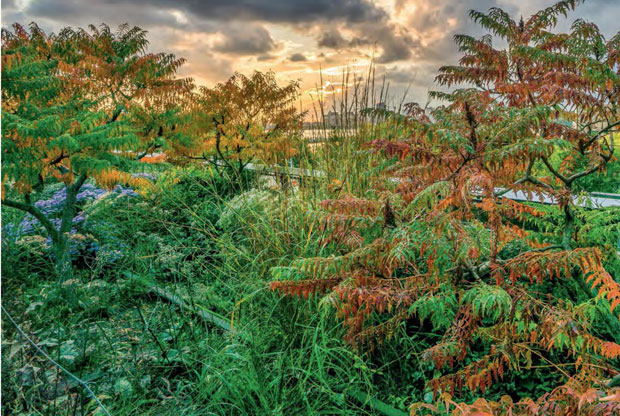 There’s insight into the way in which the High Line, in contrast to the nearby Hudson River Park, was conceived as a place not for runners, bikers, and rollerbladers, but instead a slow-motion space, for sitting and strolling. 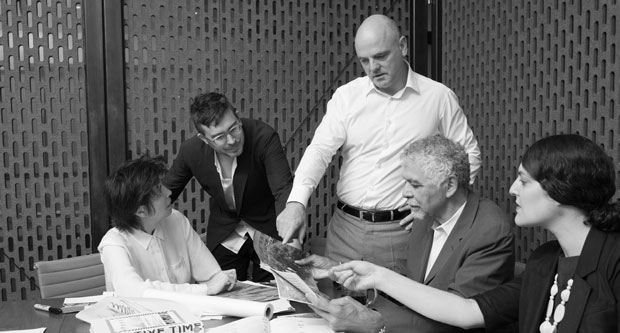 We also learn that, despite this brilliant branding, the High Line has been unable to copyright its name, leading anyone and everyone from perfume manufacturers to drug dealers to cash in on its runaway success. 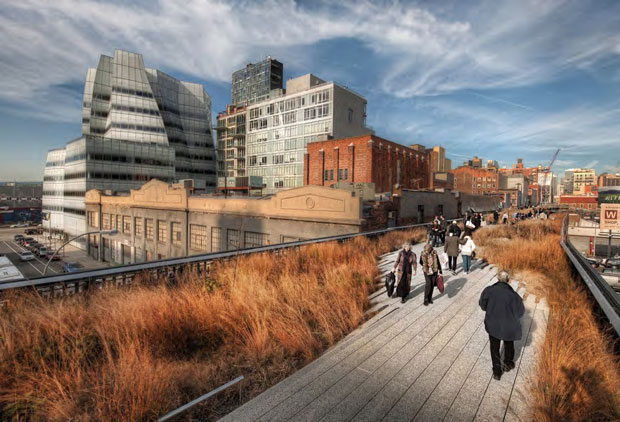 In a sense the book continues Phaidon’s architecture-in-detail series, with single volumes dedicated to such buildings as Frank Lloyd Wright’s Fallingwater, Mies van der Rohe’s Farnsworth House, and Alvar Aalto’s Villa Mairea. The book would also sit well beside our urban analysis titles, like Living in the Endless City, and our horticulture titles, such as 30:30 Landscape Architecture. 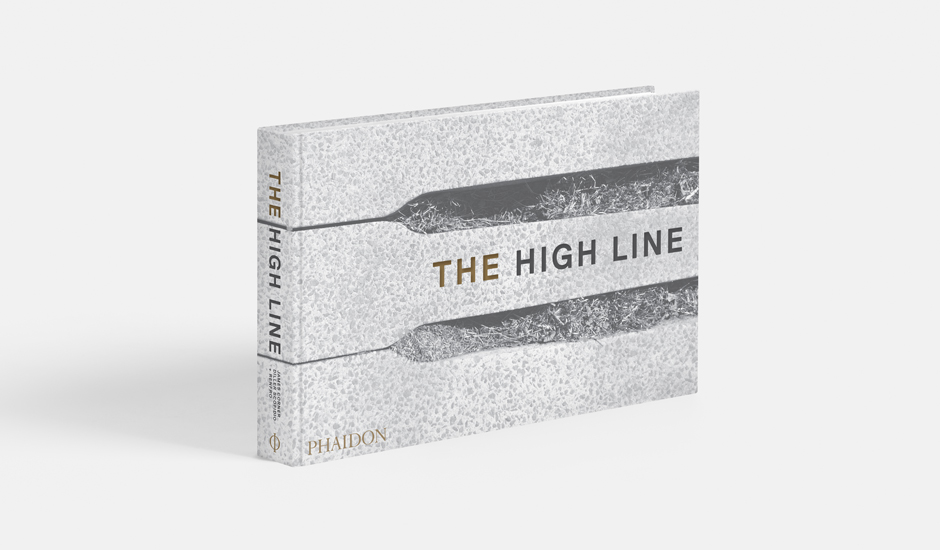 The elongated, 222mm x 330mm hardback edition, with its exquisitely well-rendered images, and a cover that draws inspiration from the park’s interlocking pavements and plant beds, is as singular as its subject. Pre-order the book here, check back soon for an interview with the authors and architects, and if you really love the linear park, consider giving it a little help.