When professor and architect Richard Weston bought a scanner for his lectures he did it with a view to keeping up with technology, but what he did not anticipate was his new piece of equipment propelling him into not just the digital world, but the fashion sphere too. Richard Weston is chair in architecture at Cardiff University and planned to use his scanner to digitize his lectures. However, captivated by crystal formations, his curiosity led him somewhere else. 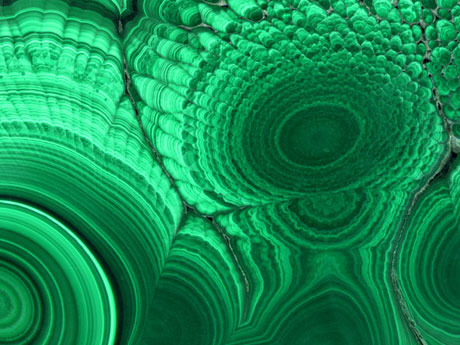 Having always been fascinated by patterns in nature, Weston wondered what it would look like if he scanned a crystal and tried it on “a beautiful ammonite fossil from the 'Crystals' jewellery shop in Cardiff.” By his own admission, the first results were “dismal” but Weston could see the potentially “amazing detail to capture” that was there. He invested in a better machine and more expensive crystals.  “Cheap mineral pebbles were followed by £10 agates, £50 orbicular jaspers and eventually exotics like larimar and meteorite costing several hundred pounds each,” he told Phaidon.

His patterns - though magnified and manipulated images of rocks - have a celestial quality, with some looking like colourful exploding galaxies in a far away part of the universe. Convinced their unique aesthetic would be appealing to others Weston applied his patterns to silk scarves, and the response was immediate – Vogue magazine called him "fashion's most unexpected new design star" and they are now stocked in luxury fashion and craft emporium Liberty in London and online on leading luxury fashion retailer Net-a-Porter, along with exclusive iPhone and notepad designs. Large artworks based on the prints have also adorned the sides of buildings and are also set to decorate the 2012 Olympic village in London this summer. 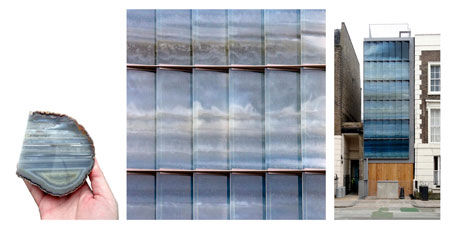 Crystals have long been considered to have healing and calming powers – rose quartz is thought to help the heart and circulatory system, while Orange Calcite is thought to stimulate creativity – and Weston feels that images scanned from scans of such stones have a similar affect on the psyche. “I'm convinced that, like natural sounds such as waves or birdsong, they have the power to 'get inside us' and connect us to nature,” he says. “I spent the best part of my spare time for two or three years scanning, and for me the images coming up on screen seemed like revelations of the 'nature of things'; they felt therapeutic.”