In recent times, Martyrs’ Square has become one of Beirut’s social focal points. It’s the point between the Muslim west and Christian east, and now a local architecture firm wants to dig deeper into its past.

GM Architects’ scheme celebrates the Lebanese capital’s multicultural heritage. Their concept is for a Museum of Civilisations sunk into the square. The excavations would show off the different strata of earth with evidence of bygone civilisations: Greek, Roman, Byzantine, Ottoman and French. 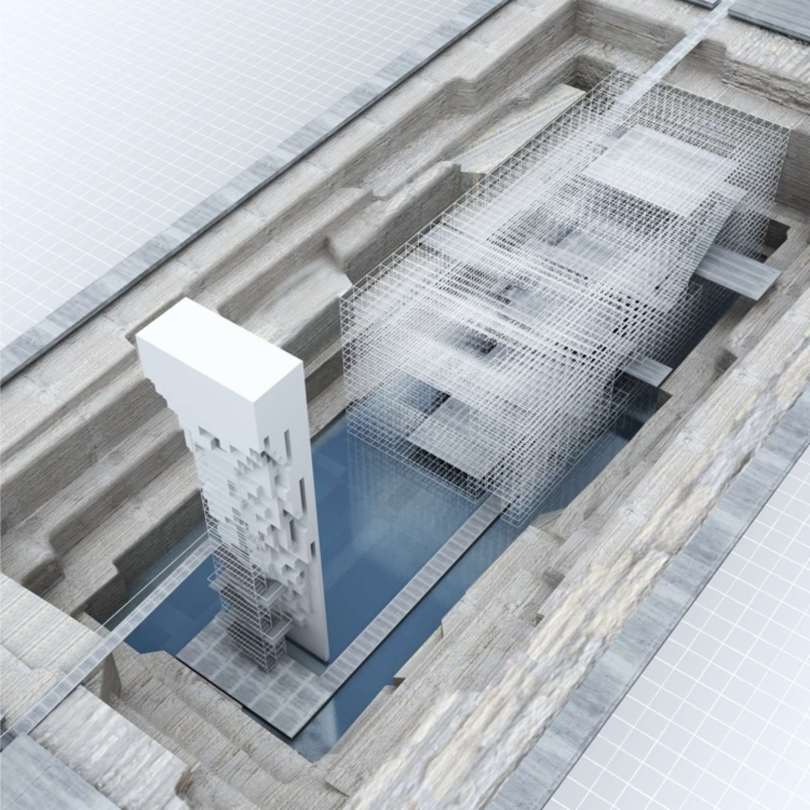 GMA proposes filling a 20m-deep, 60m-long crater with a large scaffolding grid at one end, from where visitors could take a walkway and get up close to the subterranean history. At the other end would be a tall white tower, blank on one side and pixelated on the other. Within the building would sit the staircase, to deliver visitors up and down the attraction. The tower and scaffold structure would be joined by a footpath across water, as the bottom of the hole would be filled, to suggest the Mediterranean Sea. GMA’s founder, Galal Mahmoud describes the museum as “an archaeological dig, exhibition space and a place for quiet reflection all in one”.

Mahmoud’s family fled Lebanon in the 1970s and settled in Paris, where he studied architecture and started work. He returned in 1996 to set up GMA and quickly picked up a major commission: the Crown Plaza hotel in West Beirut’s Hamra neighbourhood. “The feverish pace of reconstruction after decades of conflict meant there was a lot to be done,” observes Mahmoud. “Architects and interior designers were in demand and their services were at a premium.” 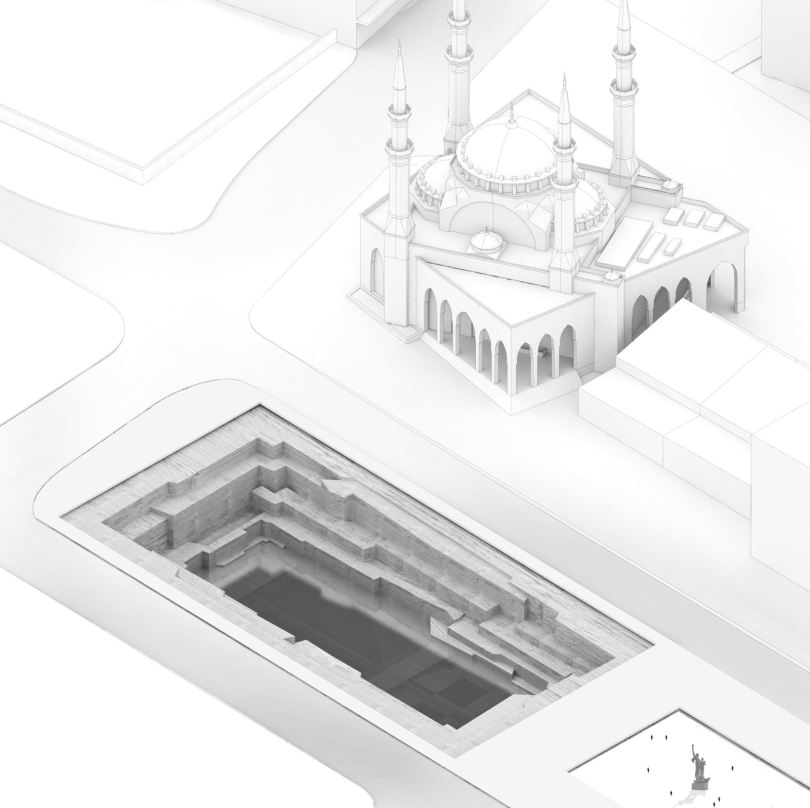 GMA’s proposal is going down well at the 2014 Venice Architecture Biennale’s event, Time Space Existence, at Palazzo Bembo, where it’s on display till 23 November. Let’s hope the underground plan breaks ground soon. Find out more about it here. For greater insight into contemporary architecture projects, sign up for a free trial of the Phaidon Atlas, our amazing online resource, and for more on the kind of artefacts that might end up on display, consider The Glory of Byzantium and Early Christendom.