In summers gone by, the plaza next to London's National Theatre, overlooking the Thames, has been turned into a outdoor entertainment space, hosting alternative street performances, culturally aware acrobatics and suchlike.

However, perhaps in recognition of Britain's late spring, or, more overtly, as replacement for the National's Cottesloe Theatre currently being renovated by London firm Haworth Tompkins, The National Theatre has erected a temporary a 225-seat auditorium this year.

It is called, somewhat prosaically we feel, The Shed and is also a Haworth Tompkins creation: a pillar box-red cube with four tall ventilation shafts rising out of each corner. These naturally aerate the interior, by drawing warm air up and out, and also mirror the National Theatre's own turrets.

The Shed is constructed from rough-sawn timber boards, much like the planks that set and formed concrete of the National Theatre's walls, back in the 1970s. While The Shed can't help but obscure some of the nearby building's deliciously brutalist concrete, the architects have allowed some of the old National Theatre into their new construction; recycled materials abound and the audience will sit on old, reclaimed National Theatre chairs. 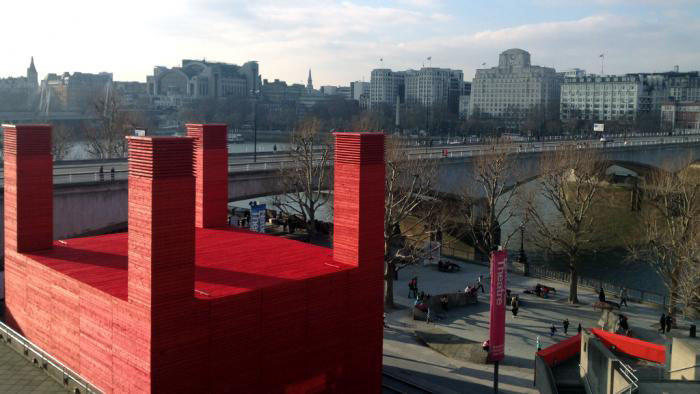 The Shed by Haworth Thompkins

"We hope The Shed will be seen as a playful but thoughtful building," says practice director Steve Tompkins, "both challenging and complementary to the permanent cultural architecture."

Indeed, some at Haworth Tompkins think of their Shed as "a structure that can be seen less as a building than as an event or arts installation - a vibrant intervention on London's South Bank that will entrance, and sometimes bewilder, passers-by." Fortunately, it's also a fairly inexpensive place to see the dramatic arts. Tickets for the theatrical performances start at £12, which seems to us like a fairly cost-effective way of experiencing London's latest pop-up. 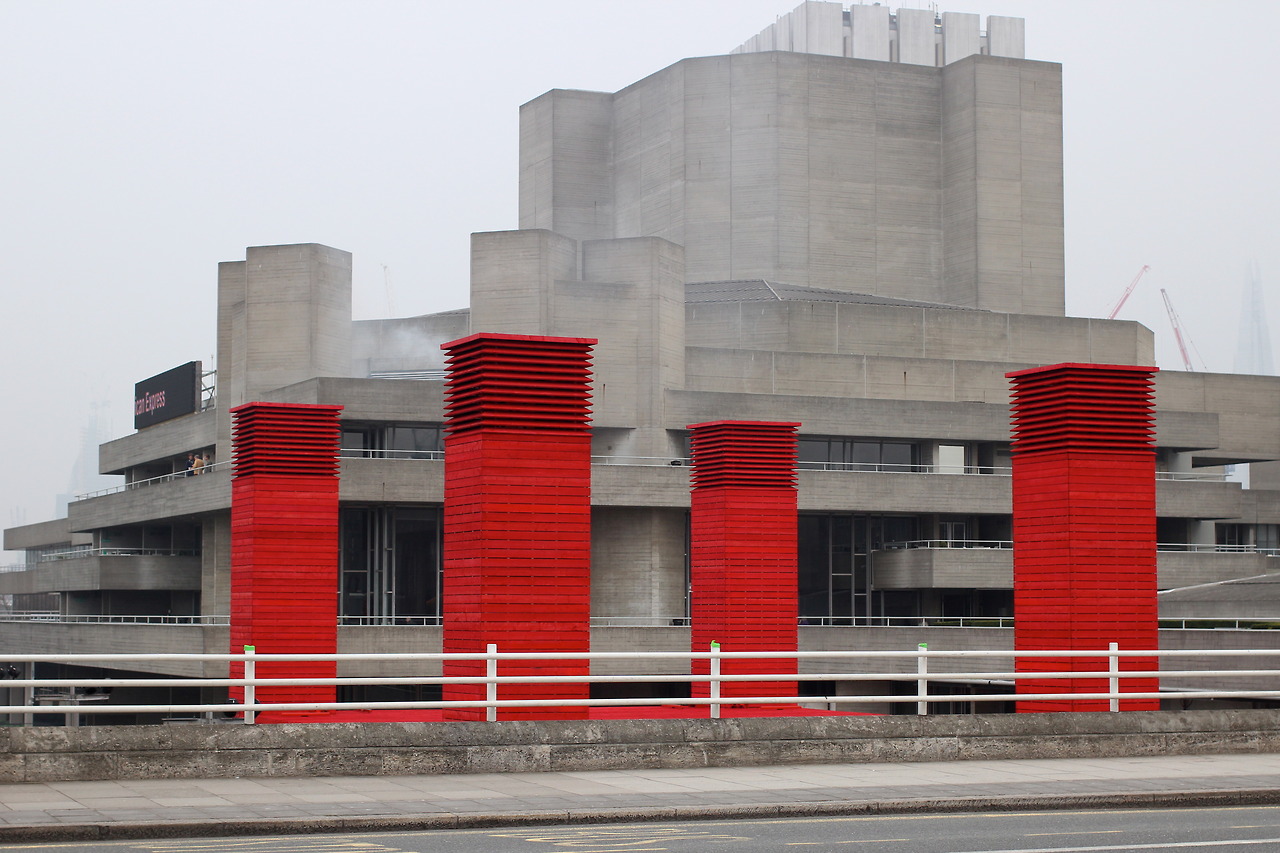 The Shed by Haworth Thompkins, viewed from Waterloo Bridge

For more visit The Shed's dedicated site, and for greater insight into the way we build today, take a look at The Phaidon Atlas of 21st Century World Architecture, which features the best new buildings from across the globe.