Georgia’s National Bank, the Ministry of Energy and the Civil and National Registry all now sit under one roof - or set of roofs - designed by Massimiliano and Doriano Fuksas. The Italian studio, which can pretty much always be guaranteed to make an architectural splash - actually configured 11 petal-like covers for Tbilisi Public Service Hall.

The overlapping steel plates – some of which are 35m high - are supported by delicate white stems or columns coated in glass fibre and resin, meaning the canopy is independent from the volumes beneath. The building’s functions happen in the seven glazed cubes of differing sizes, creating a visual contrast to the roofing system. 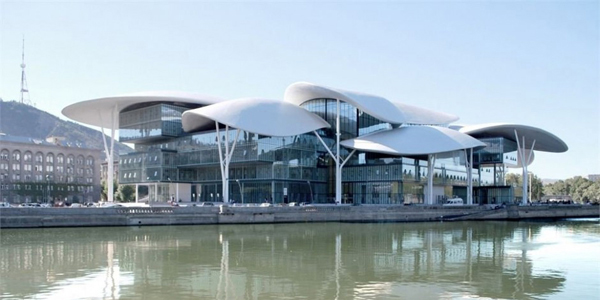 But this is not just about arresting aesthetics. The architects at Fuksas say that the curvaceous roof has some movement, so it’s able to accommodate harsh weather conditions such as snow and wind. This shelter allows for the relatively delicate materials below. The offices are across four floors, each stacked differently, meaning they’re at different levels. Staff within make their way between workspaces via internal footbridges.

Tbilisi’s other citizens and visitors alike will get an eye-full of the new hall, as it’s located in the city centre right on the banks of the river Kura. The vast scheme looks quite outsized alongside its neighbouring period buildings, almost as if it’s landed from outer-space. But with its welcoming form, this intruder looks like a friendly visitor to Earth. What an interesting homage to bureaucracy. There are a number of equally interesting public buildings featured inside our 20th Century World Architecture in the store now and worth 1250 points when you join Phaidon Club. 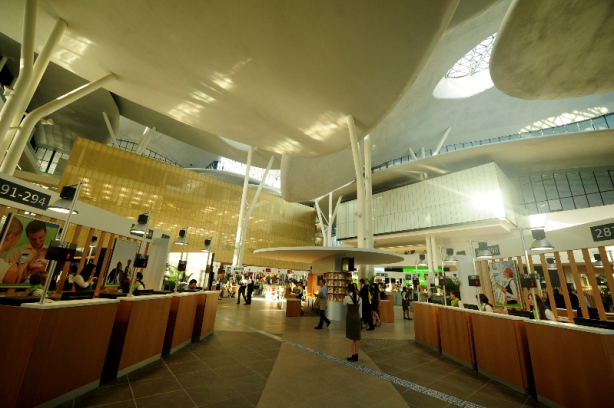