As any architect will tell you, it's often a torturous process getting just one planning application approved but Switzerland-based architect Christian Kerez has presented a triumvirate of cultural attractions to enhance one Chinese city’s ‘soft power’.

The Guangzhou Urban Planning Bureau has commissioned a 55.5ha cultural district from Kerez’s Zurich studio, comprising three distinctive buildings: Guangzhou Museum, Guangzhou Art Museum and Guangzhou Science Museum. These will be dotted around a new landscaped park, known as Lingan Square, which will have a river running through it and pedestrian bridges. 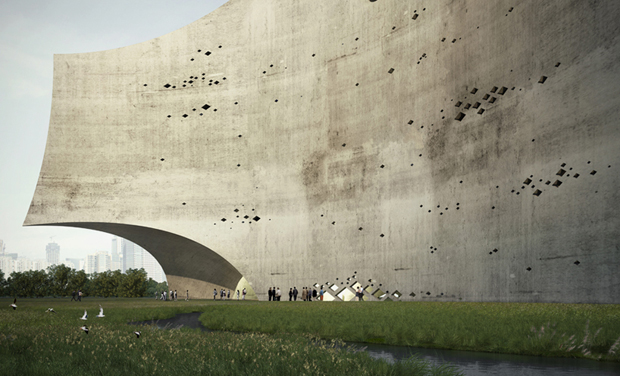 Guangzhou is the capital city of South China’s Guangdong province and is just 120km northwest of Hong Kong. Its most famous building to date is the Canton Tower, a gently twisting affair which was at one point the tallest tower in the world. The tower, which has gone by a number of names since it was completed in 2010, was the work of Information Based Architecture in the Netherlands and the new district’s proximity to it will help put the area on the sight-seeing map. 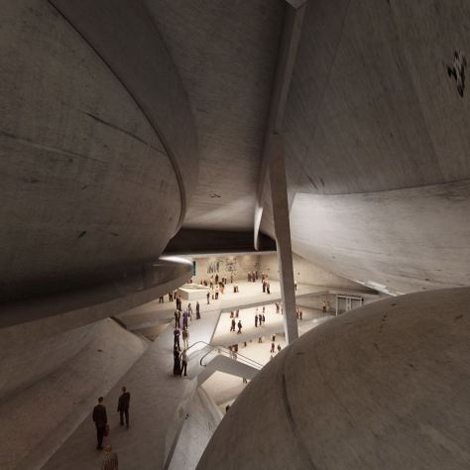 Kerez’s vision is more down to earth, comprising a collection of relatively low-slung organic shapes. His vision draws on Lingan culture, in which landscape and architecture are perceived as inseparable. “The buildings with their organic and sculptural appearance resemble mountains in an open rice field as it is shown in so many Chinese paintings,” the architect says. "The structure is made of shells, so the façade is a self supporting system with a hanging roof. These museums don’t belong to the city, but rather to the landscape." 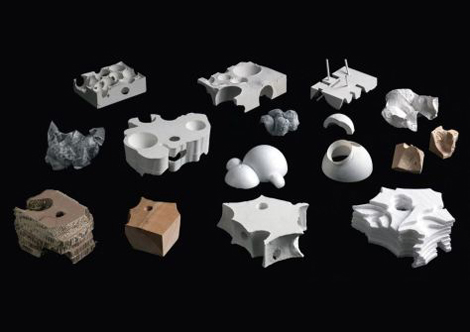 The forms are intended to resemble Taihu stones, an porous limestone favoured for their symbolism by ancient scholars. No timing has been given for the quarter’s building schedule, but once completed it should swell the city’s population of 14m with an annual influx of cultural visitors. 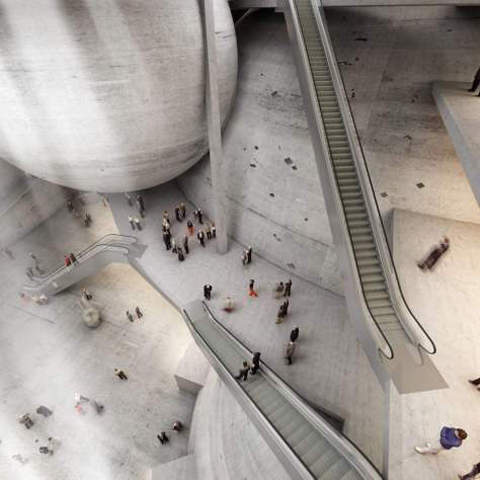 You may like to know that Christian Kerez's practice page in the Phaidon Atlas, our new online resource for architects, features a very interesting private house created by him. If you haven't yet sienged up for a free trial you can do that here.