Another victory at Melbourne's AAMI Stadium

"Buildings depend upon structure and skin to define pace. Possibly more than any other Australian practice, we have an interest in the potentials of surface and structural expression," says a spokesman for Cox Architecture which has just won the Australian Architecture Association National Award for Public Architecture for its AAMI Stadium in Melbourne.

Creating a new stadium in what is arguably Australia's sporting mecca is a challenge in itself, let alone ensuring that it suits the requirements of the four highly competitive football codes Australians follow - Aussie Rules, Soccer, Rugby Union and Rugby League (the differences are explained here). Despite these challenges, the AAMI Stadium has instantly become a much-loved destination and big player on the Melbourne skyline. 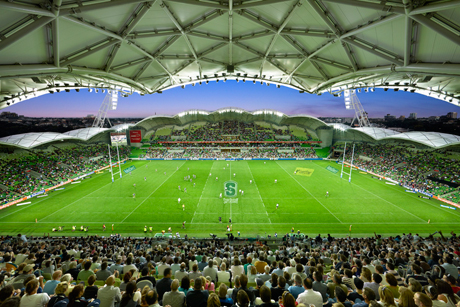 Collaborating with engineers Arup (who collaborated with Ai Weiwei on the Beijing Olympics' Bird's Nest), Cox Architecture - one of Australia's largest architecture firms - has created a lightweight steel design (based on the structure of the Buckminster Fuller geodesic dome) which uses 50% less steel than a traditional cantilever. "The structure provides a new hybrid structural system of shell, arch and cantilever that has delivered a distinctive addition to Melbourne" say the architects of their award winning building. 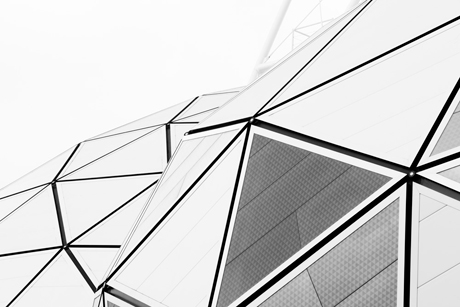 If you think they got the idea for the stadium's shape from a football you'd be right. Rory Hyde of Architectureau.com commented, "[AAMI is a] formally elegant and ambitious structure that blends engineering smarts with the humorous iconography of inflated soccer balls." 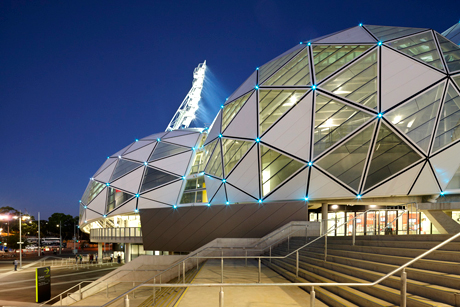 The frame not only serves for structural efficiency, it improves the whole event experience in the stadium, with most seats positioned in the preferred east and west sides (thus reducing seats at the far ends) and giving the crowd an uninterrupted view of the pitch and helping create, the architects say, a more dramatic atmosphere.

The jury for the National Award said that while they were on site "team members from Melbourne Storm demonstrated the rejuvenating properties of both the spa and the ice plunge pool. From what we could see, all was in perfect working order." It's a deliberately ambiguous statement - but we think you'll get what they mean.