Despite its sparse, public-sector language, a reader might detect the odd note of frustration in Lord Foster's statement, issued within the past week as part of his practice's Thames Hub submission to Britain's Airports Commission. After all, his firm was able to build the international terminal at Beijing City Airport in roughly the same amount of time as the public consultation period for Heathrow's Terminal 5.

Now, with Heathrow – Britain's main airport – operating at capacity, Foster, like many, sees the simple efficacy of another huge airport to the east of the city, in the Thames estuary. Foster's own proposal, Thames Hub, first unveiled back in 2011, is a hugely ambitious, £24bn undertaking which could, once bedded in, accommodate 150 million passengers per year. The site, on the Isle of Grain on the Kent coast, is significantly closer to Britain's main container ports, and also, its planners' argue, better suited for rail connections, both within Britain and to the country's international Eurostar terminal.  What's more, Thames Hub aircraft would take off and land over water, allowing the proposed airport to operate 24 hours, unlike Heathrow which, situated in a densly populated area of Britain, is subject to night-flight restrictions. 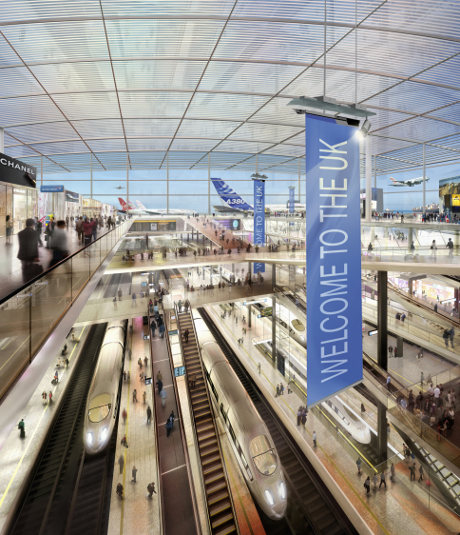 If you had the choice, Foster asks rhetorically, “would you ever choose a location which dictates flight paths over the heart of London?” In terms of cost, Foster also argues that “a new four-runway true hub airport in the Thames Estuary, at £24 billion, costs less to build than two extra runways at Heathrow and can be realised on a similar timescale.”

He also argues says that the Thames Hub v's Heathrow struggle isn't a zero-sum game, and that the two may compliment each other, while the prime real estate around Heathrow freed up for redevelopment. “The opportunities it presents as a green field site are boundless – for starters why not Britain’s answer to Silicon Valley? Its proximity to London virtually guarantees its long-term development potential, aside from the environmental and security benefits that also follow from removing its blight as an airport.” 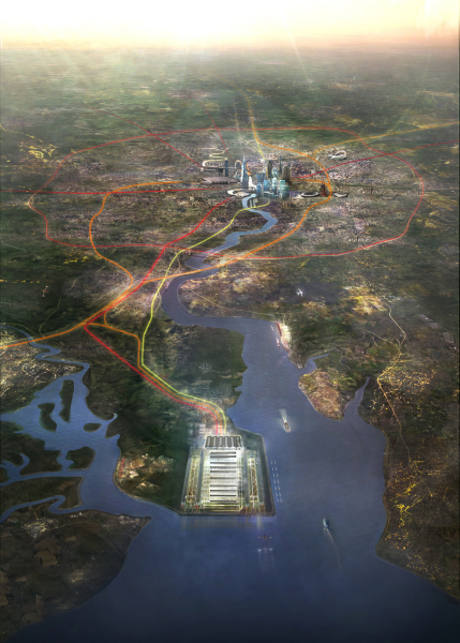 Perhaps most forcefully, Foster calls for a spirit of ambition in keeping with Britain's industrial past, but lacking in its current planning climate. “We have reached a point where we must act,” he writes, “in the tradition of those Victorian forebears and create afresh – to invest now and safeguard future generations. Why should we fall behind when we could secure a competitive edge?”

Despite his vested interests, its worth paying attention to what an architect so successful and well-versed in airport planning, has to say. Ironically, Foster is one of a handful of British architects who have ensured Britain has maintained its reputation for great buildings - by building them overseas.

Read the full statement here. For more bold inspiration, and to learn more about how we build today, take a look at our Atlas of 21st Century World Architecture. And before you buy anything, do remember to join Phaidon Club, to take advantage of reward points, great offers and exclusive events.