How do you design a big public building for both general, everyday use, as well as one very specific, invite-only function that comes but once a year? It was a problem presented to architectural firms vying for a chance to design and build the Nobel Center, Stockholm. When drawing up plans for its first permanent home, the awards body wanted both an auditorium and a dining hall for its ceremonies, and a building that would serve as “a new platform for exhibitions, scientific seminars, lectures and discussions.” 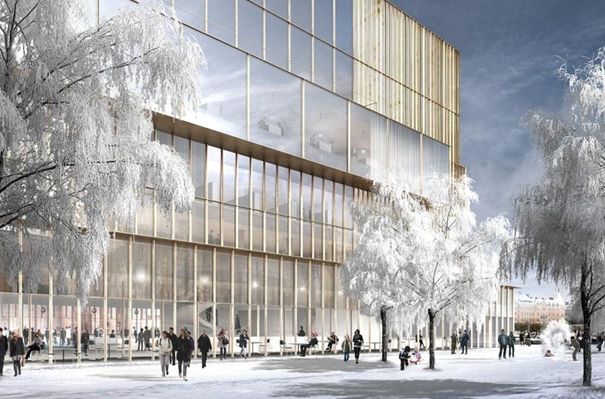 David Chipperfield, founder of the practice which won the competition yesterday (Wednesday), says his proposed building, drawn up by the architect’s Berlin office, “can be spectacular on its greatest night, but also it can be useful, and functional and working for all of the rest of the year.”

The winning proposal is a glass and brass skinned building, which, as the Nobel jury points out, is open and light. It houses a museum, conference facilities, offices, a library, a restaurant, a café, bar and shop; there’s also a garden at the back, and a ‘public route’ as the practice puts it, allowing anyone in from the street to wander up through the new building’s floors, to the auditorium on the roof. 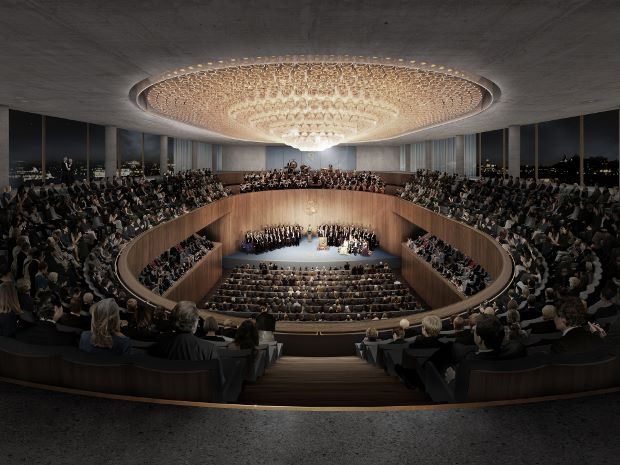 Let’s hope the citizens of Stockholm agree. If the public consultation goes well, the new Nobel Center should then open its doors in December 2018.