Zaha Hadid’s The Sleuk Rith Institute in Cambodia is not only the architect’s first major project with a social conscience; it is also her first predominantly timber building. Both the noble intent and material suit the Institute in Phnom Penh, which has similarly lofty ambitions. The building has been commissioned by Youk Chhang, the Executive Director of the Documentation Center of Cambodia, and a survivor of the Khmer Rouge’s notorious Killing Fields of the 1970s. 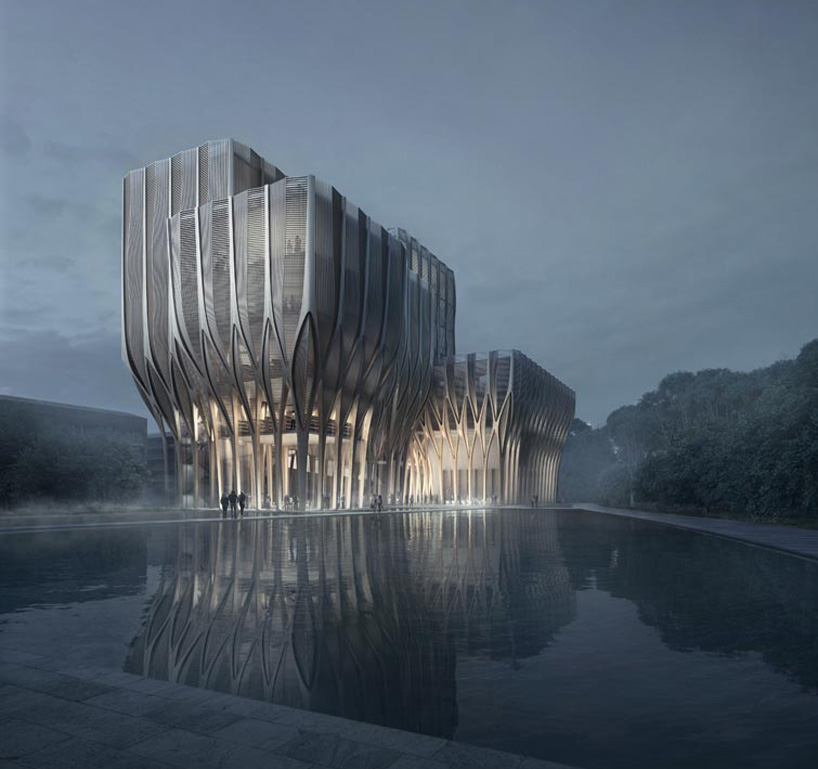 Hadid’s practice has designed a set of wooden structures ranging between three and eight storeys, which interweave as they rise upwards. In this way, visitors and students can cross between the different sections, each of which serves a different purpose. There’s the institute itself; a library holding the largest collection of genocide-related material in Southeast Asia; a graduate school focussing on conflicts and human rights studies; a research centre and archive; and a media centre and auditorium. 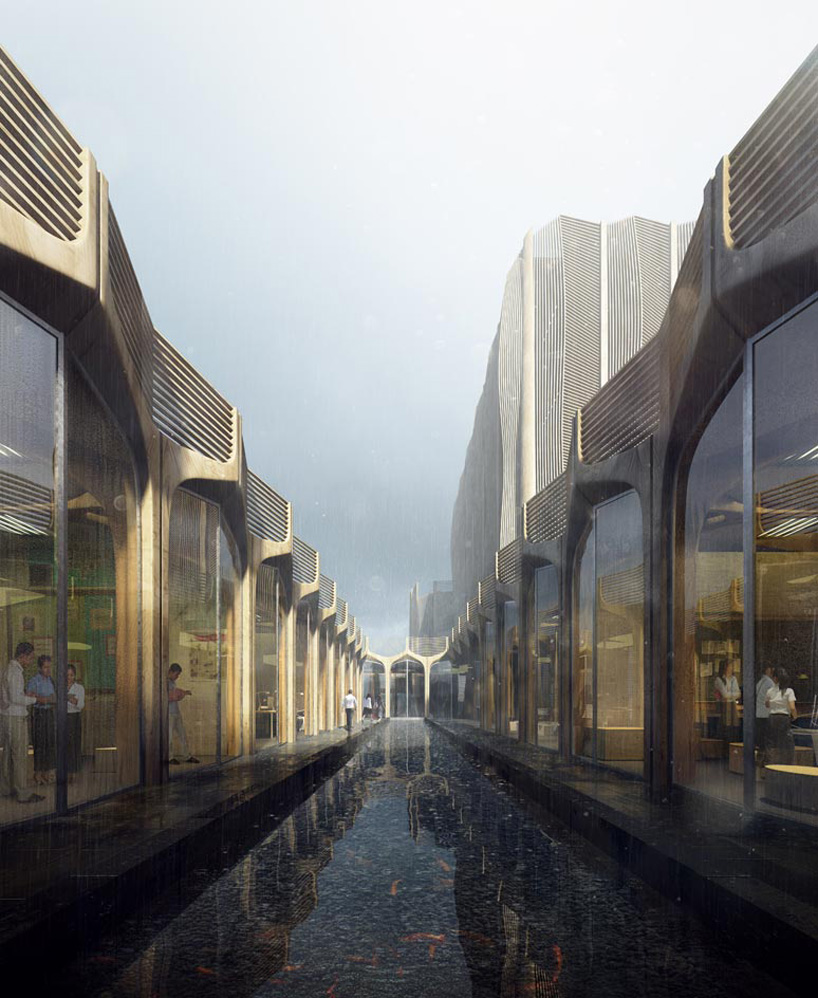 The Institute will be built on raised terraces, to help cope with seasonal flooding. Indeed, the accompanying video demonstrates just how beautiful it will look during the rainy season.

Youk Chhang was determined that this building would break from the norm of such memorials, which tend to be dark and austere, in reference to historical tragedies. Think of Daniel Libeskind’s starkly arresting Jewish Museum in Berlin.

“Cambodia will never escape its history, but it does not need to be enslaved by it. Post-conflict societies have to move on,” he says. 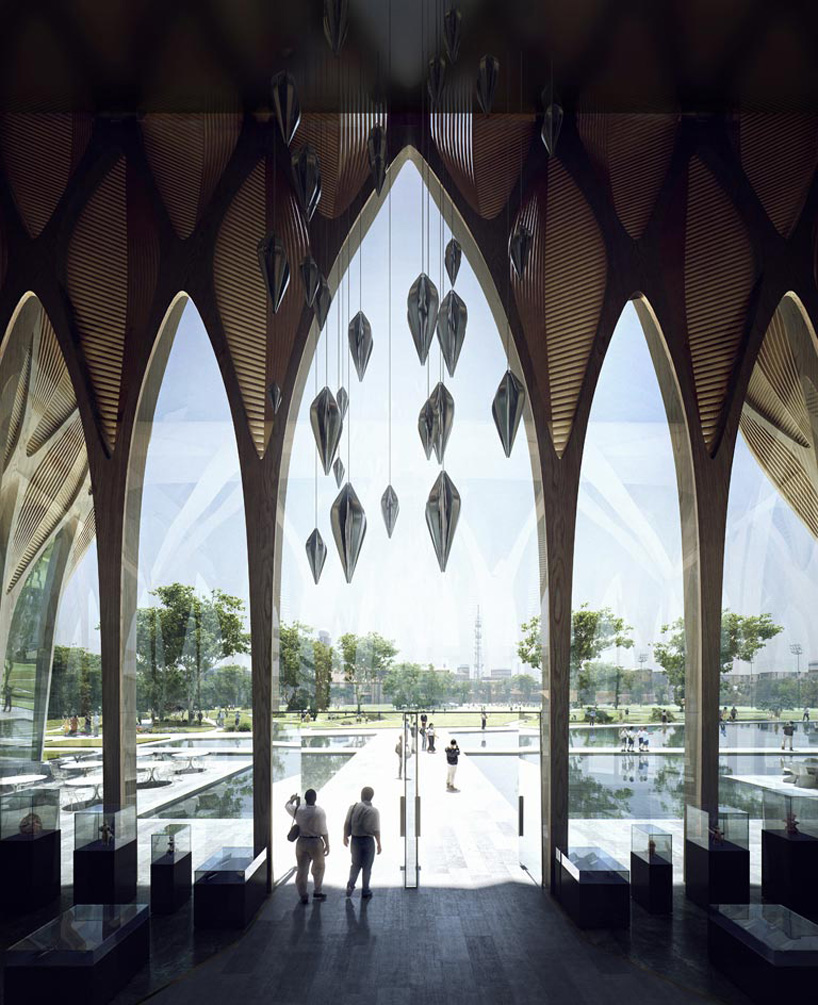 Hadid echoes these lighter sentiments, saying that “our hope is that the Sleuk Rith Institute can have a truly transformative effect.” Let’s hope so too. The complex is scheduled to start on site next year. 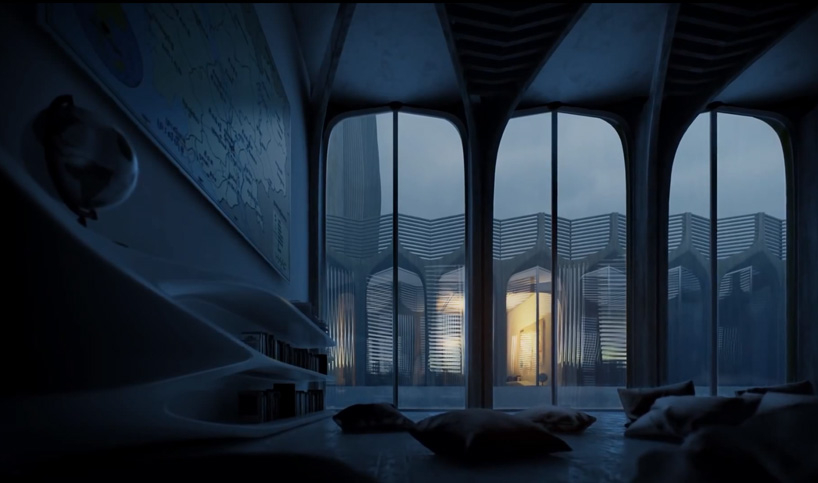 For greater insight into this incredible architect’s work, take a Zaha Hadid’s page in the Phaidon Atlas, our peerless architectural resource. To sign up for a free Atlas trial go here.