We pity the planners of Arnhem. The Dutch city now has the task of picking a design for its new cultural centre from two international big hitters: Bjarke Ingels Group and Kengo Kuma & Associates. 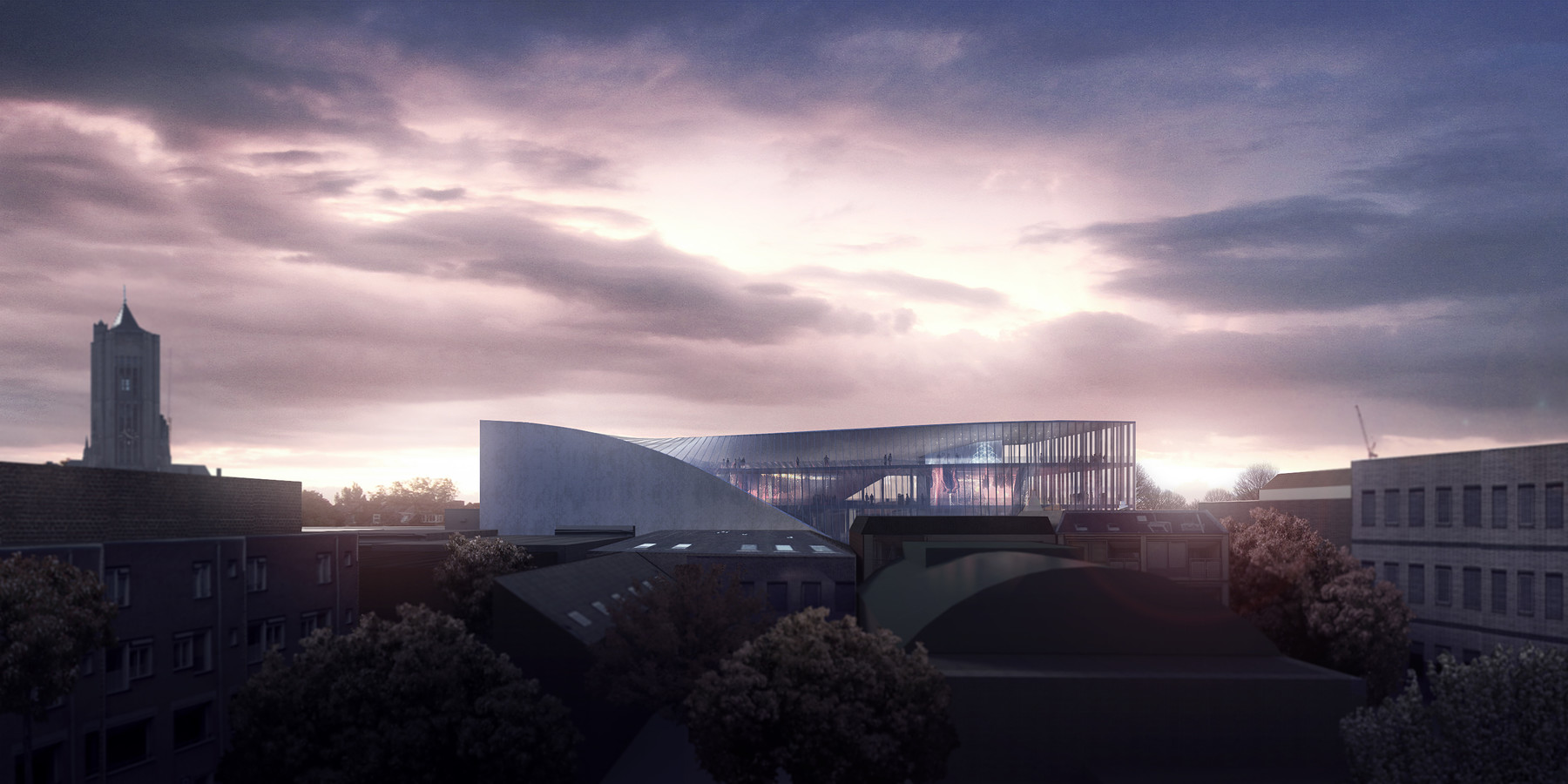 The ArtA building will contain a film theatre and art museum and is being built as part of an attempt to reconnect the district of Rijnboorg in the south with its waterfront. The city hopes that it's art centre will become both a cultural hub and civic focus of the city. 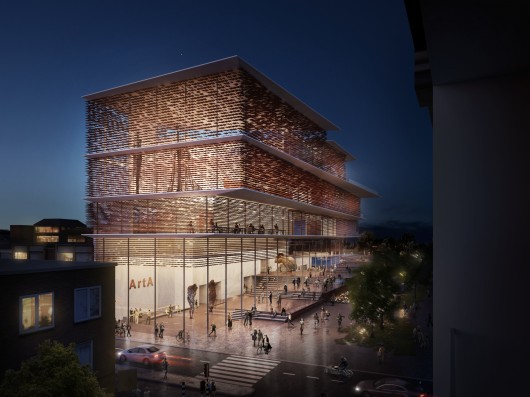 These short-listed designs look great. Indeed, BIG and Kuma are only two of four submissions, but unsurprisingly theirs are getting all the attention. BIG is proposing a twisted elongated block lying on its side, and clad in something shiny. "ArtA fuses the two traditional architectural archetypes, the Black Box and the White Cube," say the architects, "and creates a gradient of transitional spatial conditions that lends itself to new hybrid programs of art and performance." Inside, the film theatre would face the city and the art museum the waterfront. BIG is working with Amsterdam-based Allard Architecture for this pitch. 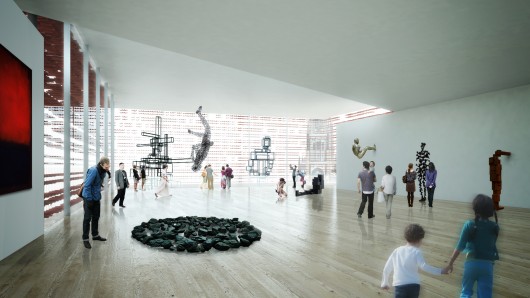 Kuma in Japan, meanwhile, has envisaged a filigree cladding made of red clay roof tiles, as a way of shading exhibits inside. Outside the pools of water reflect the structure. Arnhem also has proposals from NL Architects, as well as a joint submission Architectuurstudio HH, ABT, and Brooklyn practice SO-IL.

For more on this, go here. For more innovative international architecture, consider The Phaidon Atlas of 21st Century Architecture, the Phaidon Architecture Travel Guide App, and our recently launched Online Atlas. You can sign up for a free trial for that here.