They say as one door closes another one opens and the recession in the housing market has provided the Museum of Modern Art with an opportunity for an unusual new exhibition. Foreclosed: Rehousing the American Dream, sees MoMA’s Architecture and Design Department and Columbia University’s Temple Hoyne Buell Center for the Study of American Architecture commission some dynamic new architectural visions to address the needs of American communities.

"The financial and foreclosure crisis was such a psychic shock that it created the perfect moment to have this discussion. Before the crisis, the ubiquitous American Dream image being marketed to people was the suburban house of the 1950s — living in the perpetual hereafter of television. When the rumbling financial and foreclosure crises disturbed that dream, a new conversation became possible. Topics and ideas that had been “‘foreclosed’ by the housing boom, could be re-opened” after the bust. 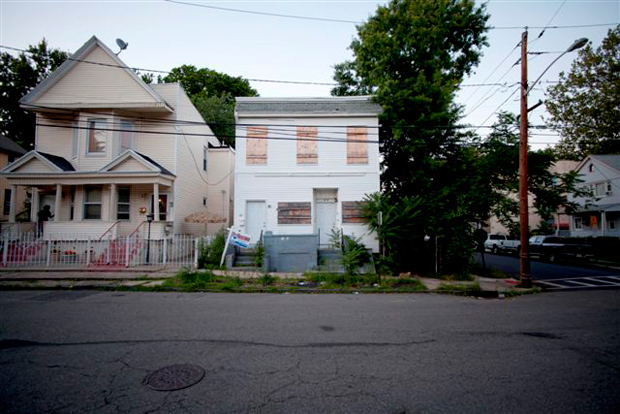 The MoMA show examines the dilemmas of older suburbs that ring cities but which developers have left behind in order to build bigger houses further and further from the urban core. Five sites – near New York; Chicago; Tampa; Los Angeles; and Portland – were chosen for characteristics associated with the international financial downturn: significant foreclosure rates and ample, publicly held land available for development.

The five teams of architects – led by MOS Architects, Studio Gang, WORKac, Visible Weather, and Zago Architecture – were each assigned a site within a U.S. mega-region. The proposals developed for the five sites provide radically different visions of a rethought suburbia. One proposal, for Cicero, Illinois, responds to the need of multigenerational housing for new immigrants. According to Bergdoll: "In the housing boom, people bought ‘product,’ something generic, instead of saying, ‘This house has to work for my family and my grandmother and also my cousins who are coming from Honduras.’

In the forward to the exhibition’s catalogue, MoMA director Glenn Lowry says it is fitting that the museum should present the new ideas, pointing out that 80 years ago, the museum’s “‘Modern Architecture; International Exhibition’ not only promoted the aesthetic principles of the International Style but advocated housing reform in the slums of New York and other cities as the effects of the worldwide economic depression began to make themselves profoundly felt.” Sound strangely familiar? The show runs until August 13.