It’s testament to London’s creative prowess that, when a Middle-Eastern luxury hotel group plans to expand into East Asia, it still calls on the British capital’s foremost architectural practices.

A few days ago the Dubai-based luxury hotel group, Jumeirah, unveiled its plans for three new upscale developments in the People's Republic of China.

Foster + Partners has worked on Jumeirah Wuhan, an urban development for the biggest city in central China. This mixed-use building will include office, retail and residential units, as well as 200 guest rooms, all-day dining, speciality restaurants, a pool, a spa, an executive club and a business centre, and is due to open in 2020. 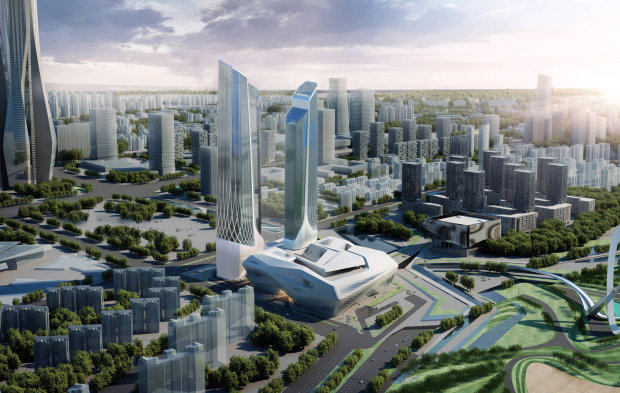 Zaha Hadid’s practice, meanwhile, should see their development, the Jumeirah Nanjing, open in 2016. It’s another mixed-use building, with a 25-room hotel, a ballroom, club, fitness centre, pool and spa in China's former capital, about 300km west of Shanghai.

Jumeirah are also planning a golf resort, the Jumeirah Haikou Resort, on a private island just off China’s south coast, which the hospitality group says is known as the ‘Hawaii of China.’ This complex, consisting of 60 villas and a 140 room hotel, has been designed by the Malaysian resort specialists Denniston International.

To learn more about these practices and their work, take a look at Foster + Partners page and Zaha Hadid’s in The Phaidon Atlas, our peerless architectural resource. You can sign up for a free trial here.