French art duo Christophe Berdaguer and Marie Péjus have transformed this outbuilding at the Synagogue de Delme, a French contemporary art centre near Nancy, close to the border with Germany, into a huge architectural sculpture.

Dubbing the building the Gue(ho)st House, the pair drew from one of fellow French artist Marcel Duchamp's playful aphorisms - A Guest + A Host = A Ghost - as well as the building's peculiar history. Though it sits within the grounds of a former synagogue, the two-storey construction first served as a prison, then a school and a funeral home. 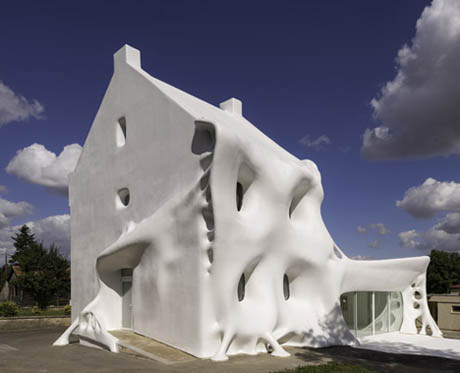 The Gues(ho)st House was commissioned by the Synagogue de Delme to mark the art centre's 20th anniversary, which it celebrates early next year. Though Berdaguer and Péjus' alterations look high-spec, they've simply used high-density polystyrene and spray-on resin to give the building a ghostly coating. The artists describe the covering as a "white veil that drips onto the surrounding area and creates a living body, a moving form that looks to the past as well as to the future." 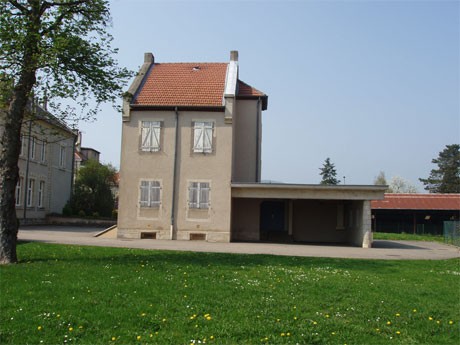 Opened at the end of last month, The Gue(ho)st House now serves as a reception and information office, with studios and accommodation on the upper floors for artists, students, interns, guests and employees. In their artistic statement the pair describe the work as "the art of no longer fearing ghosts". Certainly, haunted houses rarely look this good.