Standing in the grounds of Bratislava Castle gets you a view of the Danube and on a good day vistas into Austria and Hungary, which is nice. But directly below the the other side of the castle, your eye is caught by a mass of grim, tightly-packed apartment blocks. This was not socialism at its finest.So Zaha Hadid is out to raise the bar in this architecturally undistinguished city, with the construction of Bratislava Culenova City Centre. It's a scheme of seven high-rises on the site of a decommissioned power plant. 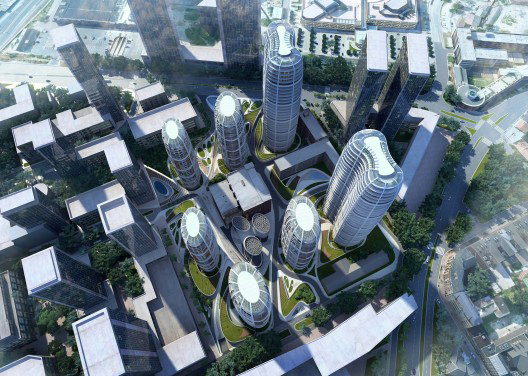 The two tallest at 115m high are oval while the five smaller towers are nearer to circular. Between them there'll be plenty of green landscaping winding its way between the buildings, and a pool. Just over half the space will be given over to housing, while the rest is mainly offices, while a small corner has been set aside for a cultural centre and shops. Phase one of the 267m development should be ready later this year, at which point we'll have an inkling whether Hadid's masterplan has helped to transform the Slovakian capital. 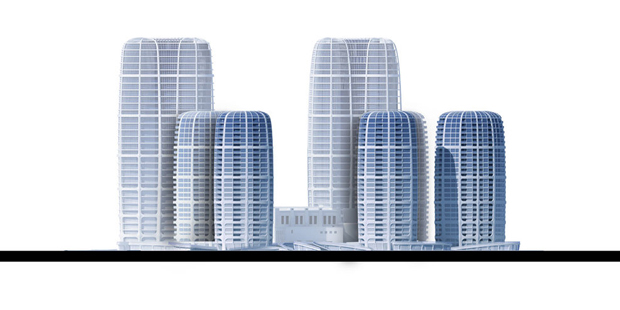