Buildings that changed the world - The Guggenheim Museum, Bilbao

Time and again, this building tops the charts for the colossal impact it’s had on the architectural and art worlds, as well as on urban regeneration and tourism. Before the museum opened in 1997, the northern Spanish city of Bilbao was a cultural backwater. Since then, the museum has had more than 10 million visitors, and has put Bilbao firmly on the map.

Its conception came about through a collaboration between the Solomon R Guggenheim Foundation and Basque authorities, who spent the 1980s coming up with a scheme to turn the place around with the help of big names such as Norman Foster, Santiago Calatrava and Arata Isozaki creating a new airport, subway system, and footbridge. 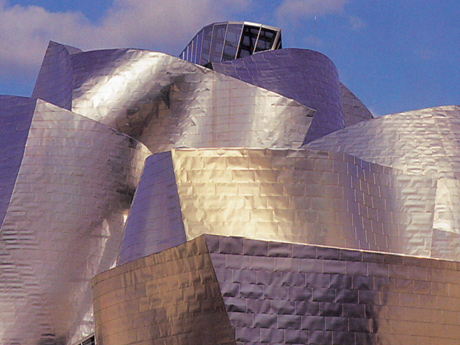 These ambitions coincided with Canadian-born Gehry’s own determination to push the boundaries in his reaction against Postmodernism. When he won the museum commission, he was desperate not to do historical pastiche, and found himself thinking about fish, inhabiting the planet long before man came along. As he drew them and studied them, he realised they had an architectural form and appeared to be in motion even when they were static. He developed this theme, introducing increasingly audacious curves. Advanced digital modelling technolgies allowed Gehry to realise what our new book 20th Century World Architecture, calls his personal vision of fragmented form and space over structural concerns."

But Gehry is described as computer-illiterate and it was left to the techie brains in his California studio to work out how to actually construct these ideas. They pulled it off by reworking a computer software programme to design fighter planes for architectural use. This was pioneering stuff, and when the building was unveiled the architectural fraternity was duly awe-struck. 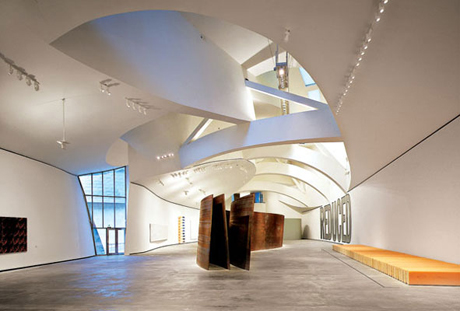 Built in limestone, glass, and titanium, Gehry’s original thinking is evident, and the building has been likened to a bouquet of fish tails. 20th Century World Architecture calls it "contemporary public architecture that playfully breaks out of the rectilinear mould," adding that "it subverts many of the 20th century's architectural tenets, such as the subjugation of form to function."

But perhaps Gehry's building's real legacy is the ardour with which post-industrial, lacklustre or just plain uninspiring cities around the world commission a new cultural building, in the hope that they too will achieve what's come to be known as, 'the Bilbao effect'.