The Winter Olympics resort that serves as a TV screen

Major sporting events often prompt consumers to buy a new television. Now, in preparation for South Korea’s 2018 Winter Olympics, local developers have the chance to create a giant new TV, albeit set into the side of this eye-catching seaside resort. 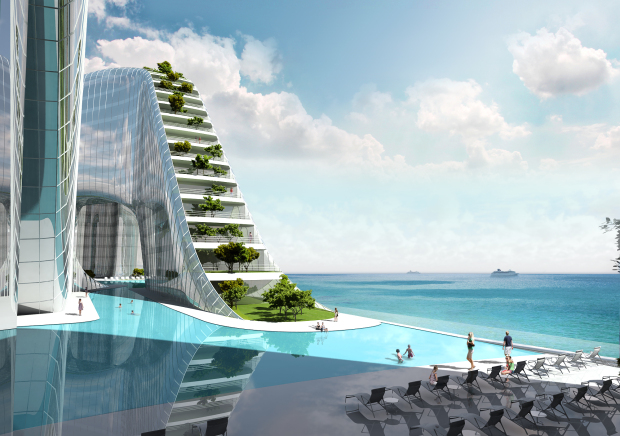 The resort's creators, Planning Korea, have designed the 29,493sq-m hotel and apartment complex based on a vast Möbius strip or figure-of-eight loop. The two diagonal elements of the structure feature tiered ‘sky gardens’ with views either out to sea or towards the impressive mountain range inland.

The resort is destined for the 300,000-strong eastern city of Gangneung, near PyeongChang, which won the bid to host the games on its third attempt. Planning Korea, based in the capital, Seoul, describes itself as a creative project management company, staffed by artists and designers as well as architects. 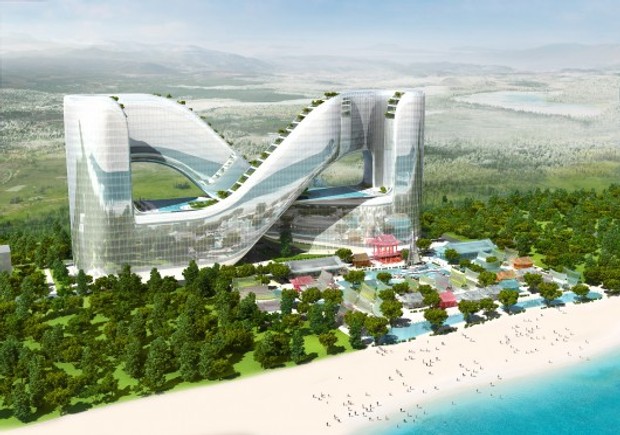 This resort, just 5km from many of the Games’ facilities, comprises 946 rooms and a large pool on the sea-side. The looping structure supports the glass façade. And, at night, myriad LEDs transform the lower part of the façade into a giant TV screen.

The building’s shape is supposed to be a reference the structure of plankton in the waters nearby, and Planning Korea think of it as ‘a strip of healing or recreation’. 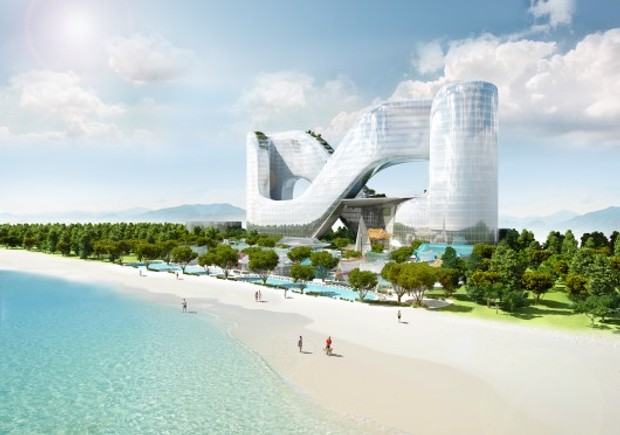 At ground level, the complex is also intended to suggest a hanok, or traditional Korean house, though more in terms of positioning than architecture: a hanok should have a mountain behind it and a river in front.

For further insight into today’s innovative building projects sign up for a free trial of the Phaidon Atlas, our peerless online architecture resource.