Phaidon is at the Lisbon Triennale today (13 September) as part of the Close Closer opening week. We’ll be highlighting the beta launch of our new Phaidon Atlas Project – a comprehensive, authoritative global resource for sharing leading architecture and holding the first event in a worldwide series of talks discussing current global issues related to the built environment. Phaidon Atlas editor Jean-Francois Goyette will be talking to Andres Jaque, Carla Carvalho, and Jimenez Lai about end user appropriation and Nuno Mateus, Jan de Vylder and Mauro Gil-Fournier about narratives in architectural process. The talks take place later today (full details at the bottom of this story and at the Close Closer website). We caught up with Beatrice Galilee - Chief Curator of the event earlier this week to find out a bit more about it.

Close, Closer is radically different from other architectural events by excluding the traditional result of architectural production and focusing on spatial practice as a theme. How will that manifest itself? In each venue you’ll find totally and radically different expressions of spatial practice. They are all different poles in a way; they represent extremes.  Future Perfect is looking at imaginary fictional consequences of current technological and biological research taking place in laboratories and universities around the world, then putting that research into an exhibition format. It is looking at things like technologies, fabrication techniques and data visualization; the relationship between fiction, fantasy and the city, and the kind of people who are really behind the city, not necessarily the architects but the visionaries and so on. The Institute Effect is a rotating residency program for international institutions.  At first glance it has absolutely nothing to do with Future Perfect, but in a way it does when you put them together, which is the role of Real and Other Fictions, which looks at how performance, reality and reenactments combine to understand different kinds of architecture

How does the Lisbon Triennale relate to other curatorial projects you’ve worked on in the past? At the Shezhen Biennale we were able to connect with the city itself and the public. The conceit of the exhibition was to fit the biennale program into the city, into the shopping centres, into the million squares of the city and to really interact with the public. At the Gwangju Design Biennale, with the projects under the direction of Ai Wei Wei and So Yung San, we tried to investigate the discipline of design.  It was called Design is Design is Not Design. We questioned why some designers are named and unnamed. What is the community of design?  What does it mean to be a designer? Informally, at the Gopher Hole, which really transformed community, we tried to experiment with things: test things out, just chat to people who had not spoken before.  The Gopher Hole is the place where architects speak or show their work for the first time.  It’s a home for people who don’t really fit into the usual format. I see those threads united in Close Closer, in the sense that we have loads of really young people involved: participating and getting on board; applying to be part of our Associated Projects program; to Crisis Cluster program; and to the Debut Award. I also see loads of young women here as well, which is great.  There is so much more balance and interesting projects between disciplines, not just architects working together: architects and scientists, architects and designers and architects and programmers.

Do you see the Lisbon Triennale to be a workshop for empowering local communities and a platform for rethinking the role of the built environment in shaping society? There is a combination of willful, strategic engagement with communities. Through the Real And Other Fictions exhibition there is an embassy, which will be hosting events and talks every week. We also have a Parliament, which is also designed to talk about issues of public space and trying to make a kind of agenda of urban rights – a declaration of urban rights. As well as a clear program related to changing the city, there are also intensive ideas about how their exhibition can change things and how their exhibition can be much more rooted in Lisbon.  This is certainly the case with people in Other Fictions and with the Institute Effect, where visiting institute are engaging with Lisbon and other Lisbon institutions and architects. We also have Crisis Buster grants that were conceived to engage a diverse mix of agents and entrepreneurs in a drive to fight the crisis through long-term, effective social and civic solutions in the form of micro grants for social start-ups in Lisbon.

__Portugal is one of the hardest hit countries in the Eurozone in terms of the crisis and your curatorial vision recognises this as a framework for exploration, organization and optimism. __ Throughout working on the Triennale it gradually worsened, and we really fought hard.  Crisis Buster came out of that directly – of being told we can’t do that because of the crisis. Why don’t we have something productive out of all of this? We’re trying to figure out how to survive and make something appropriate. Not something that would spend a lot of money on an architecture exhibition when people’s wages are being cut, taxes are increasing; there’s not enough employment.  We have to be sensitive, but we also have to be strong and say: ‘This is what we want to do and this is how we will do it’. We are really proud we have managed to make this event happen at the end, despite everything. . This is a program that wants to be here, that’s responding to a crisis context and that’s happening despite everything. It makes me really glad that we’re doing it.

If you're in Lisbon, Phaidon Atlas Editor Jean-François Goyette will be talking to Beatrice at 5pm tonight at the MUDE Auditorium, Rua Augusta 24, 1100-053, Lisbon, Portugal. We hope to see you there. You can find out more here. 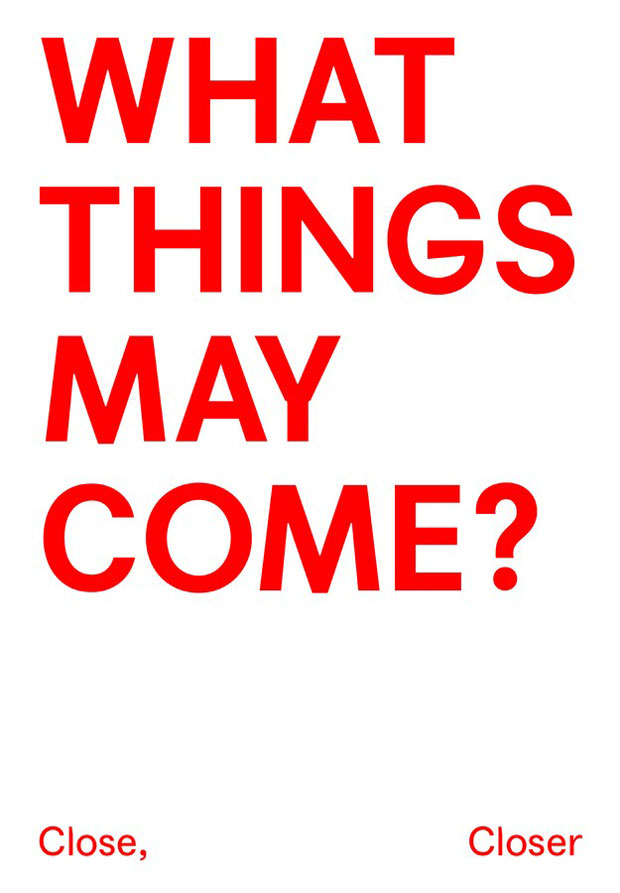