The best new city houses are in the Phaidon Atlas

Dream houses come in many shapes and sizes. When they're situated in an urban environment added importance is placed on carving out a space in the city. For their Focus this week the editors of the online Phaidon Atlas have selected the best new city houses built in the 21st century. Here we profile five of them. But for the full selection check out the Atlas. You can sign up for a free trial here.

Law Street House, Muir Mendes (above) Located in a tight single lane street in South Melbourne the original dilapidated one bedroom workman’s cottage built in the 1880s formed the initial brief for architect’s/owner builders Bruno Mendes and Amy Muir. To pursue the desire to construct using ones own hands formed a very important part of the brief.  The following three-and-a-half years of demolition, excavation and construction would be referred to as ‘the daddy Mendes apprenticeship’. While working full time in practice the new house was constructed on weekends. Constructed from plate steel the façade adopts a condition of blankness concealing the second storey within the adjusted roof pitch mimicking the form of the site’s former cottage. A ‘draw bridge’ to the front window provides privacy and curates light to the front bedroom providing a signal of occupation to the house beyond. 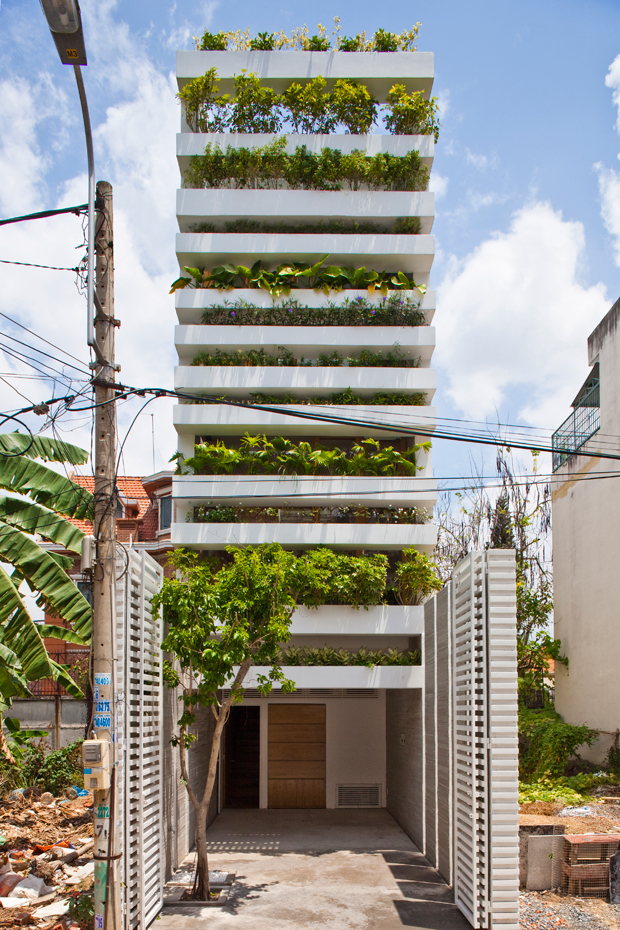 Stacking Green, Vo Trong Nghia  There is an interesting custom among the residents of Ho Chi Minh City: They love to live with a large variety of tropical plants and flowers in the streets. Even in the modernized city, people desire the tropical forest. "Stacking Green" architecturized this custom into a facade composed of planters like horizontal louvers. This green facade contributes not only to a pleasing visual aspect for the inhabitants, but also helps  indoor thermal environment and saves energy. The semi-open green screen also ensures privacy and security for the inhabitants of the house. The front and back facades are entirely composed of layers of concrete planters cantilevered from two sidewalls. Automatic irrigation pipes inside the planters water the plants. Rainwater is collected in the tank and pumped for this irrigation system.  The green facade and roof top garden protect inhabitants from the direct sunlight, street noise and pollution. 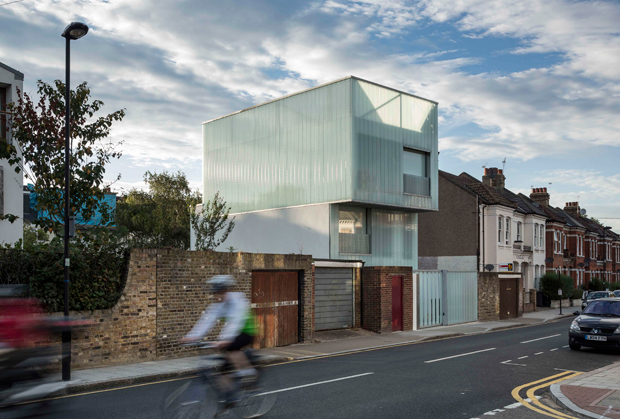 Slip House, Carl Turner Architects Occupying one of four plots forming a gap in a typical Brixton terrace, Slip House constitutes a new prototype for adaptable terraced housing. Three simple ‘slipped’ orthogonal box forms break up the bulk of the building and give it its striking sculptural quality. The top floor is clad in milky, translucent glass planks, which continue past the roof deck to create a high level ‘sky garden’. Photovoltaics, a wildflower roof, rain water harvesting, reduced water consumption, mechanical ventilation with heat recovery within an airtight envelope with massive levels of insulation make this one of the most energy efficient houses built in the UK. Living and working (‘Living over the shop’) is something that really interested the architects, a prototype new ‘terraced’ house, squeezed into under-utilised city (Brownfield) sites. This flexible type of home can allow for the artisan or home-worker to sub-let or downsize. 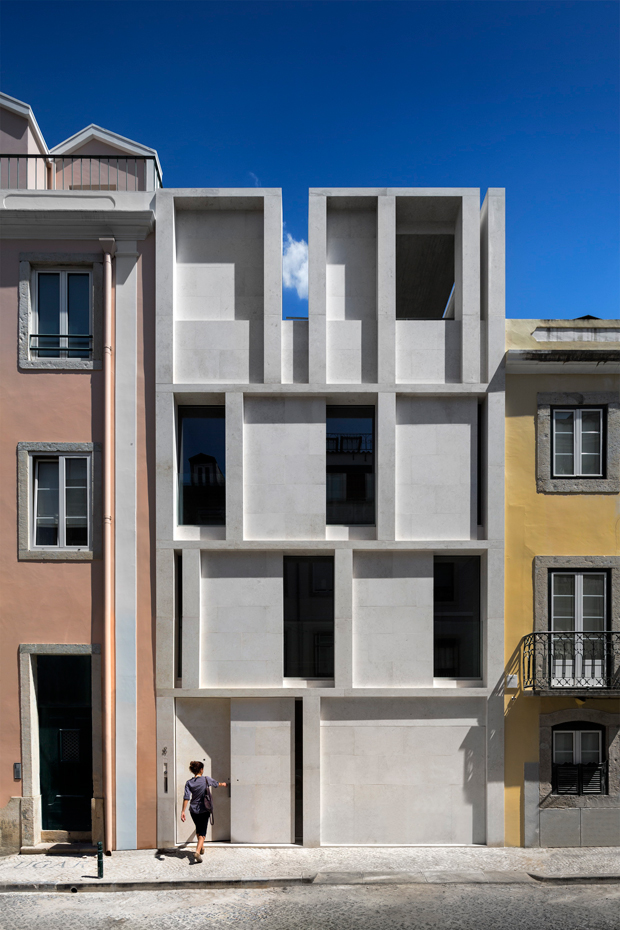 House in Lisbon, ARX Portugal, Arquitectos The concept for this house emerges from a reflection on the identity of Lisbon architecture, a recurring type of 6-meter-wide and 15-meter-long deep house, ending in a small garden in the back. It is a 5-storey building with two radically different elevations: one “public” in white lioz limestone (the most used in Lisbon) and the one in the back, in glass, connected by an interior world in exposed concrete, punctuated by birch wood elements. The elevation obviously follows on the Lisbon tradition, stressed further by the windows' rhythmic structure, opened in a span system created by horizontal strips and vertical bars - characteristic of the city architecture. Just as most of Lisbon's old buildings, it is a flat elevation whose expressiveness comes from its rhythmic nature and the light-and-shade effects produced with the backing-up of its surfaces. 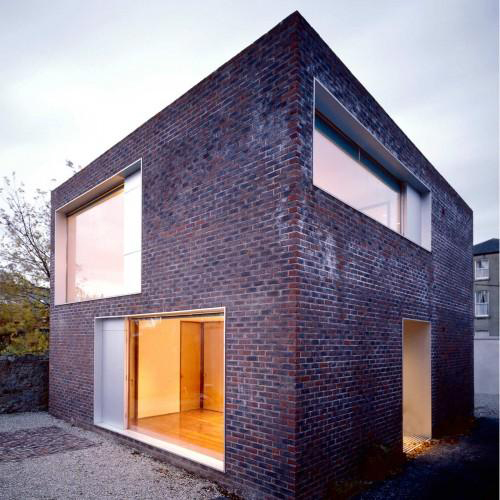 House at Alma Lane, Boyd Cody Architects Inset into a monolithic cube, anodized aluminum frames delineate recesses into the simply detailed masonry exterior of this single-family house. Within the slender pale grey borders, glazing and aluminum faced panels form secondary compositions. The deepest recess on the ground floor forms an outdoor porch before the entrance, leading to a hall off which the bedrooms are accessed, and a stair ascending to the living room, kitchen and dining room. The garden is enclosed by a stone and granite wall, surfaced in white gravel that complements patio spaces laid in the red brick of the house that echo the size and proportion of the ground floor openings. The openings in the facades take their proportions from the internal functions, with smaller ones on the ground floor for the bedroom and bathrooms and larger full height floor to ceiling ones on the first floor framing views down the adjacent lane to the sea.

Remember you can see the full selection of city houses at the Atlas. And you can sign up for a free trial here.