There are many ways for nations to tackle difficult moments in their history. Monuments with the right amount of gravitas - think Daniel Libeskind's Jewish Museum in Berlin - can provide an appropriate architectural outlet.

In South Africa, the hope is that the Freedom Park will pull this off. Billed as the republic's flagship national heritage site, it has been established south of Pretoria as "a memorial that will narrate the story of South Africa's pre-colonial, colonial, apartheid, and post-apartheid history and heritage, spanning a period of 3.6bn years of humanity, to acknowledge those that contributed to the freedom of the country".

At the entrance to the verdant 52-hectare park stands the //hapo Museum. As the institution explains: "by relaying the history of our region from an African prospective, we dip into the deep wells of African indigenous knowledge as well as reservoirs of contemporary western scientific knowledge. //hapo is thus a fusion of African knowledge and western scientific knowledge that tells us what happened here, on the southern tip of the African continent." 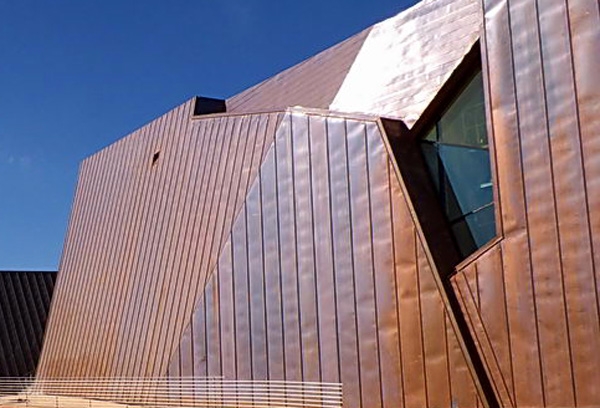 And, no, //hapo isn't a typo. The word means 'hope' in the local Khoi language, wherein two forward slashes denotes a dental click similar to the sound used to urge a horse.

Some of this aforementioned fusion can be seen in the building's design - a copper-clad structure created by GAPP with Mashabane Rose Architects and MMA. GAPP and Mashabane Rose were both seemingly well equipped for the job, as the architects behind the Apartheid Museum. Mashabane Rose explain that the museum's concept originates from a traditional healer's garden seen at a homestead in Kuruman in the Northern Cape. That idea led to the introduction of big boulder-like forms which contain the museum's story-telling areas.

"With walls and roof all clad in copper sheeting, the 'outcrop' will, with time, rust to green and merge with the natural landscape," say the architects. 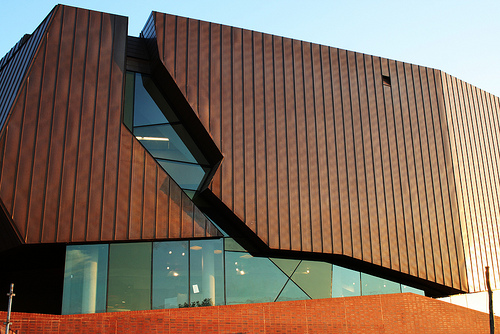 Inside, there's an 11000sqm exhibition space, where artefacts from pre-colonial days to post-apartheid reconstruction will be on show. According to the museum, //hapo "will be a place for the South African community to dream dreams together and to know which dreams to follow as we invent ourselves as a society". A bold mission statement indeed.

For more startling works of contemporary architecture, take a look at our Atlas of 21st Century World Architecture, which features 1,000 of the most impressive buildings constructed within the past 12 years.