A futuristic treatment for a Texan library

Could this strikingly modern take on a public book-lending institution touch down in Houston some time soon?

The visionary creatives at Michael Arellanes II's firm MA2 have dreamed up a new library and exhibition complex for the city of Houston, Texas.

Designers at the practice, which has studios in Hong Kong and Houston, pride themselves in transitioning architectural theory to built form. “As advancements occur in methodologies and new discoveries are being made, MA2 will be active in bringing innovation to proposals for the built environment,” they say.

They have already proposed a rethinking of downtown Houston, with lofty glazed residential towers and swanky new shopping malls.

In the second instalment of the plan, principal and co-founder Michael Arellanes II and his team have turned their attention to a vacant plot just north of the downtown centre. This is an area, they say, which is in need of an economic injection “in the form of urban dynamism”.

The multifaceted design resembles a futuristic spaceship, with various “wings” that are raised at an angle off the ground. 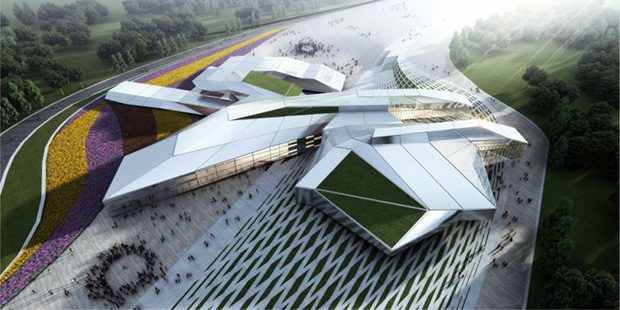 These wings would not only create public outdoor space beneath them but they would house corridors for exhibition displays and book storage, intentionally mixing the two functions to the delight of visitors.

As well as its role as a cultural destination, the building would push its eco credentials with green roofs, a new park and botanical landscaping.

Like Zaha Hadid in her early days, Arellanes, who is principal and cofounder of MA2, seems to be more about concepts rather than built projects for the moment. While the architects might imagine that their proposal could have a similar effect on their hometown that Frank Gehry’s Guggenheim had on the Spanish city of Bilbao without, as yet, a willing client they could be in for a long wait. 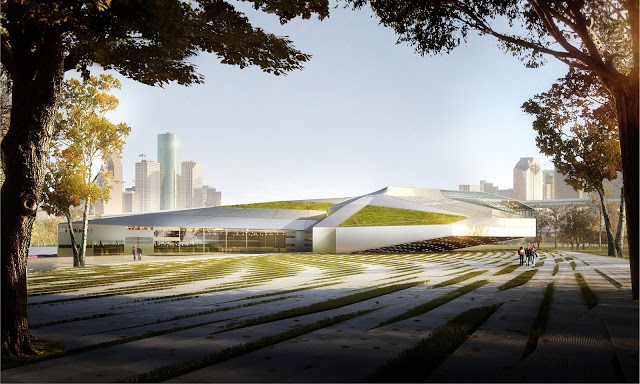 For more on contemporary architecture get The Phaidon Atlas of 21st Century World Architecture Travel Edition; and for more on the history behind today’s building techniques get Building: 3,000 Years of Design, Engineering, and Construction and for the best examples of new landscape architecture, check out 30:30 Landscape Architecture.