Utopian visions, one of the most intriguing Venice Biennale presentations, inspires a real architecture tour

Here’s a brief for curious architects to get their teeth into: if tourism were to explode in North Korea, how could it be done sustainably? This was what one up-and-coming young architect in the DRPK has spent the last four years pondering. The anonymous practitioner, who, like all architects in the isolated state, works at Paektusan Architectural Institute in Pyongyang, was set the task by British businessman Nick Bonner, who runs one of the very few tour companies operating in Korea. 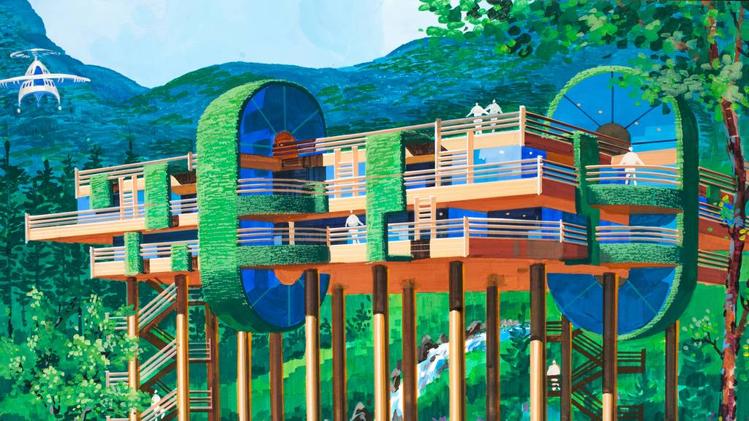 A landscape architect by training, Bonner set an open brief with no limits on costs, scale or physical possibilities. The architect’s response makes up the show Utopian Tours in the Korean pavilion at the Venice Architecture Biennale until November. The Soviet-inspired futuristic schemes include flying hotel suites, an air-born walkway between two mountains, and conical accommodation to be perched on mountainsides.

“There is very little exposure to contemporary architecture in North Korea,” explains Bonner, adding that all architects are employed by the government as the idea of private practice doesn’t exist. For non-North Koreans who are familiar with the life-like CADs architecture studios produce, these bright, painterly images – part Moaist propaganda poster, part fifties comic book drawing - are a change of scene.

“Some people see it as retro and kitsch, while others see it as inventive, fun and with some valid ideas,” says Bonner. “It was never intended as anything more than a visual brainstorm - a way to stimulate engagement, ideas and discussion.” 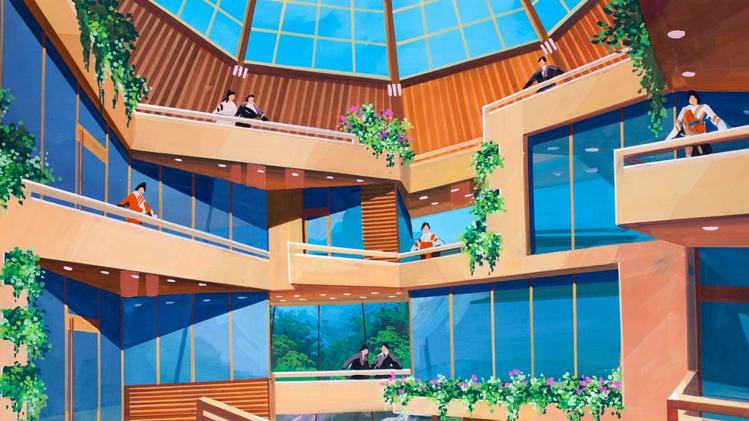 The show has certainly piqued the interest of the media, which is good news for Bonner, as he is running an architectural tour at the end of October. The trip will take in “the first ever glimpse inside Pyongyang’s mass socialist housing”, plus “one of the first opportunities to visit the entire Pyongyang Metro system, most of which has never been seen by tourists”. Sounds even more enticing than the Biennale.

For more, go here. And for greater insight into new building projects around the world, sign up for a free trial of the Phaidon Atlas, a peerless online resource offering pictures plans and insight into new architecture around the world. Meanwhile, for a slightly more realistic yet equally exciting view of our future, buy a copy of The World We Made.