It's all about the sketch and scrap books at the moment. There's a great show that's just opened at the Roth Gallery in New York featuring sketch and scrap books by among others Gerhard Richter, William Burroughs and Carole Schneemann - all of which paint a remarkable portrait of the artist at a particularl time and place in their career. If you're in New York you really shouldn't miss it.

Now comes news of a travelling exhibition of Daniel Libeskind drawings, plans and sketches that kicks off at the Ermanno Tedeschi Gallery in Rome next month. Never Say the Eye Is Rigid: Architectural Drawings of Daniel Libeskind features 52 original drawings that draw the viewer into the architect's world of shadow and shade.

Libeskind believes that it’s only when they are drawing that architects have what he calls "those Proustian moments - those instants in which they accidentally trip against the uneven stones of mind, triggering memories that magically unlock sorts of visions that underlie all great art." 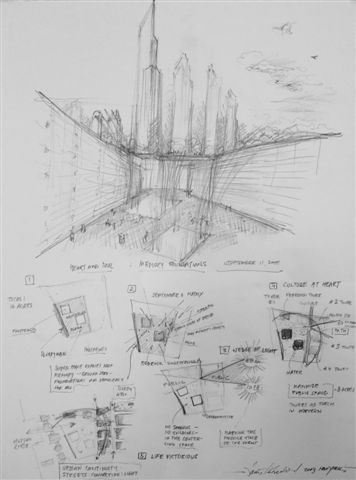 Of his drawings, Libeskind has previously said: "The physical act of drawing with one’s hand is an important part of the architectural process. An architect needs to know how to draw; unless there is a connection of eye, hand, and mind, the drawing of the building will lose the human soul altogether and become an abstract exercise."

The artwork in the exhibition illustrates Libeskind's projects in Germany, Italy, Poland, the UK, and the US, including the Jewish Museum Berlin (2001), and Memory Foundations at Ground Zero (2003), his master plan for the World Trade Center site. The show will eventually travel to Milan, Turin, Tel Aviv, and New York. 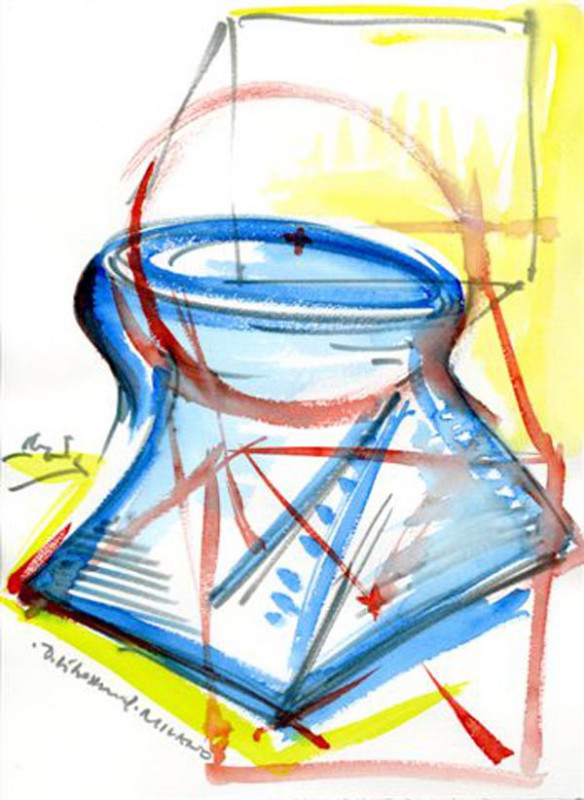