So, is there such a thing as national architecture?

Is there still such a thing as a distinctly American, British, Chinese or French style of architecture? On Friday our Atlas team hosted a talk along these lines at the British Pavilion in Venice. The panel included Stephan Petermann from OMA whose founder, Rem Koolhaas, is setting the agenda for this year’s biennale. Other guests included Ma Yansong, founder of China's first starchitects MAD, and Africa's best known architect, Diébédo Francis Kéré (who arrived late due to an errant water taxi). The debate was ably chaired by the British Council’s Vicky Richardson who began by asking Stephan Petermann a little about the brief set by Koolhaas for this year’s biennale.

“What we were hoping for is that the countries would reveal themselves and their national characteristics by looking at their own history,” he said. “We think they have. It might not be as blatant as the provocation we made, but (you can see it) in the subtleties of the details and angles that some countries take. I hope that people enjoy the diversity of the directions we took.” 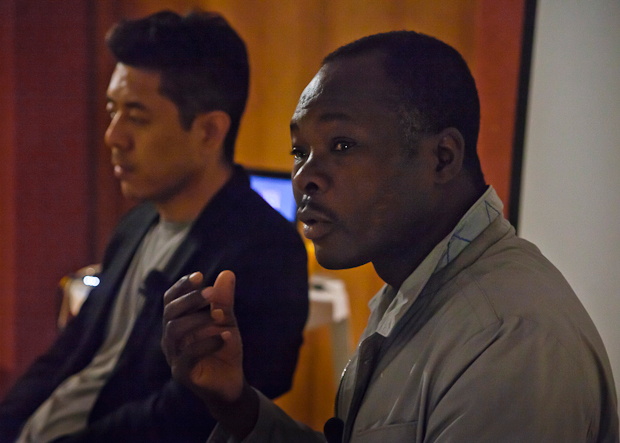 Vicky Robertson asked him if this was something he and Rem “really believed in - this idea that there are no national characteristics - or whether it was more important to get a reaction.

“The last!” Petermann responded, to laughter from the audience. “As a company we work all over the globe and we enjoy and suffer the blessings of working in a large variety of countries, so we are aware of how countries are completely different and how you find different clients and relationships within a country.’

“But it was an exciting way to tap into who cares and maybe we can get this identity crisis we seem to be suffering to the next level, and to try to also reach for the virtues that this crisis offers.”

Richardson turned to Ma Yansong of MAD, asking him if this was a live topic in China. She mentioned that “one of the things Rem explored in the brief was the mobility of architects in the last 100 years,” and pointed out that “The Phaidon Atlas has some wonderful data where you can map the mobility of architects.” Above all though, she wanted to know: How does that affect the meaning and the type of architecture? 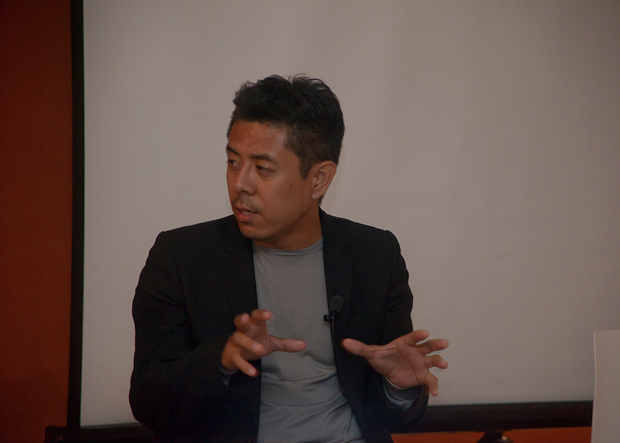 “There’s a continuing discussion about national identity. Chinese people are trying to find out what is Chinese architecture, what is the shared experience,” Yansong replied. “I think it’s not the architects’ decision it’s about why did somebody hire you? Everyone is looking for a new thing – they don’t really care where you’re from.

Richardson highlighted the important role of architecture in shifting ideas around the world -  a theme each member of the panel came back to at various times during the talk. “As architects you have to travel and see many things,” Yansong said. “But again, you need to go back to where you are from. I think Chinese architects have a very open attitude.

He pointed out however, that even the best-trained and focused minds cannot always provide a solution. “In one day China basically went into this post-industrial world so you had this wild mix of styles.

“Then, we had this mayor saying we’d become too modern and Americanized because of all the towers going up, he said we needed to have some Chinese identity. So he decided to put temples on top of the towers and the city became really ugly. His point was to ask: can we create a new city with identity? But architects didn’t solve the problem. 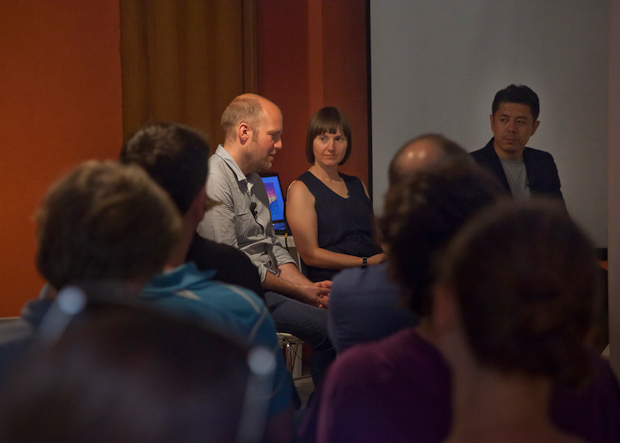 “For me, it’s about elements. I’m very interested in the elements of nature. We have done so much research into this and how this idea can be developed into a future for architecture.”

At this point Kéré arrived to much applause from the audience. After he’d had a chance to catch his breath Richardson asked him about his approach to his work. Londoners may remember his wonderful multi-coloured straw structure at the Royal Academy earlier this year.

“My own work is based on participation not because I like it but because it is economical and important for people to be involved in the process. In Burkina Faso it has made the community stronger," he said pointing out one of its national characteristics.

“But What can I bring from Burkina Faso to the western world? I don’t know if I can radically change the way of how things are done,” he continued. “The western world is that powerful so the culture is that dominating. People see that as attractive, so we just start copying your way of doing (things). For the moment it is not important for Francis to change your way of doing (things)!  I’m happy if I can just keep the people of Burkina Faso aware of that what is considered to be more important.

“I’m not able to talk about architecture on the scale of 100 years. To be honest, my works are the first from Burkina Faso to be considered architectural.” 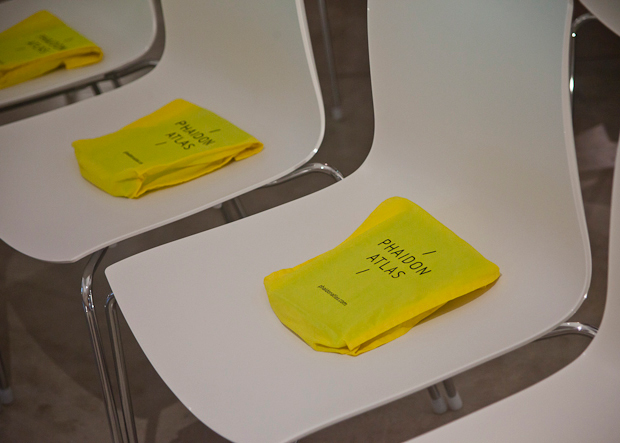 Petermann wrapped up by saying that for OMA, “every project is defined by it’s context. It’s undeniably interconnected with either an investor or, if you’re lucky, a public institute so we take our ideas and conceptions of what a nation state is into consideration.

All in all it was a great talk and sparked interest among those to sign up for the Phaidon Atlas trial which you can do here. And we’d love to see you at the next Phaidon event. Join Phaidon Club to find out where and when it is and get your invite.