The Swiss architect Gion A Caminada is something of a cult figure. Now in his 50s, he's spent much of his working life since the late 1970s practising out of a small village called Vrin in the canton of Graubünden.

Like a lot of villages in developed countries, Vrin was on its last legs. The population was falling and it was going nowhere economically. Caminada's idea was to boost the place with a collection of well-designed and functional private and communal buildings, among them the Aussichtsturm Reussdelta, an ornithologists' observation tower, and Waldhuette, a woodland cabin containing a school classroom. 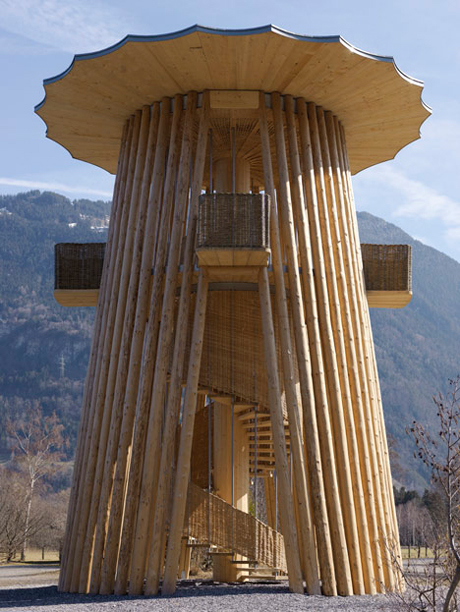 These and other designs will be on show at the retrospective, Gion A Caminada - Creating Places in the Czech city of České Budějovice. The show is being held at the House of Art's contemporary art and architecture gallery from 7 May to 15 June.

But rather than shoehorning in innapropriate takes on the latest ideas, Caminada, who is a professor in the department of architects at ETH Zurich, has spent his time in Vrin championing traditional building techniques and styles. 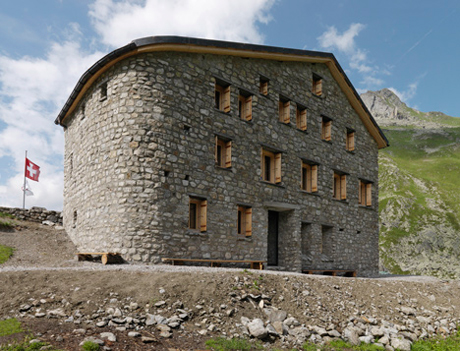 "The aspect of my architecture that I am interested in is the discussion with the local tradition," he says, explaining the presence of all that local wood and stone. "I pose a question to myself what those old architectural systems may give us. Where is the substance of those constructions? How can they be transformed for the new kinds use to meet the requirements of the present time?"

In this respect he shares something with Gawie Fagan, Cape Town's highly-regarded octogenarian architect who borrows the best elements of indigenous and Dutch Cape architecture and melding them with modernism. Caminada asks himself what those old architectural systems may give us. 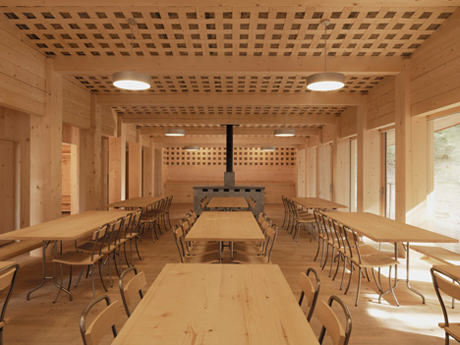 "Where is the substance of those constructions? How can they be transformed for new kinds of use to meet the requirements of the present time?" As well as creating an architectural destination, Caminada has helped revive the fortunes of Vrin, the first village awarded the Swiss Heritage Society's Wakker Prize. For more on contemporary building -in all its facets - please take a look at The Phaidon Atlas of 21st Century Architecture, the Phaidon Architecture Travel Guide App, and our recently launched online Atlas. You can sign up for a free trial for that here.