Give thanks, thrill seekers: approval has just been granted for a lofty new tower that could delight both open-minded architects and adrenalin sports fans. The ambitious scheme’s developer, Jeff Berkowitz, claims that “it’s going to be Miami’s Eiffel Tower," and he has put $30m of his own money into the $430m project.

SkyRise Miami is a 305m-high tower combining a host of entertainment activities. As well as three observation decks with panoramic views of Miami “from South Beach to the Everglades”, says the developer, it will house a restaurant, nightclub, ballroom, meeting room and – slightly more alarming ‘SkyHigh Club’; we don’t remember seeing that in Gustave Eiffel’s Parisian plans. 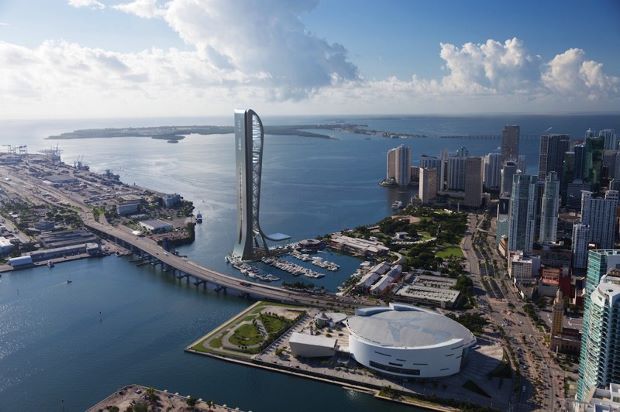 Despite its slender proportions, its architects – the respectable local firm Arquitectonica – say that will be able to withstand hurricane-force winds. But the building’s best draws are likely be the two stomach-churning rides. Yes, this Florida take on an observation tower also includes a fairground element. There’s the SkyPlunge, where thrill-seekers plummet 50 floors wearing a harness and then experience "extremely rapid deceleration”; and the SkyRise Drop, where they can base-jump off the building, strapped onto a “high-speed controlled-descent wire”.

“Miami is probably one of the most exciting places on Earth,” says Berkowitz of his choice of location. “Miami is a world-class city. And I think an iconic structure downtown will firmly cement Miami on the global stage.” Despite some concerns put forward by a locals, construction will start soon and the attraction – the developers hope - will 3.2m visitors a year in 2017. 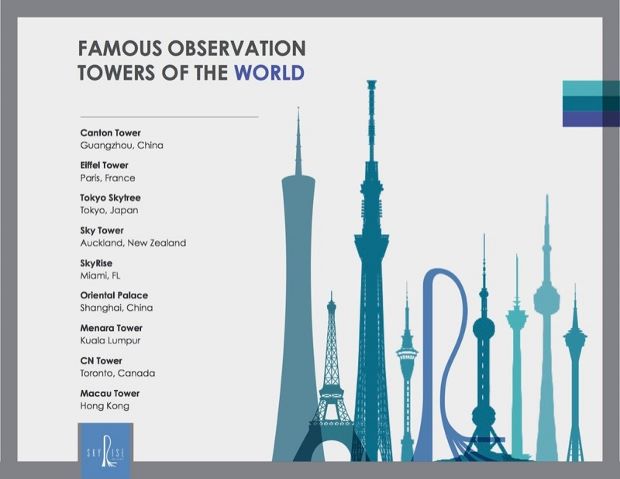 How SkyRise Miami sizes up alongside other towers

Yet detractors have expressed doubts over the tower and its proposed figures; after all, The Empire State Building attracts 4m visitors annually. Despite its height, would SkyRise Miami really on a level? Perhaps. Find out more about the scheme here, and for greater insight into the way we build today sign up for a trial of The Phaidon Atlas, our peerless architectural resource.